Are you a Premier League player in need of protection against a career-ending injury? Or have you just purchased your first super-car and want it insured?

You might then acquire the services of Matt Seldon, a former football agent who these days is known more commonly as The Insurance Man.

From stars of Champions League winners Liverpool to footballers featuring in non-League, Matt deals with them all. Here, he tells Sportsmail about the lucrative world of insurance.

First, tell us how you became known as The Insurance Man

‘I was presenting an educational piece to players at a Premier League club years back. Many of the players had seen me on Instagram and Twitter at various clubs and events. Before I started my presentation, the coach was trying to get the players to be quiet and said, “Shh, boys you need to listen to The Insurance Man”.

‘It was embarrassing at first, but players started to recommend me to their friends and colleagues as The Insurance Man, so I thought, “Why not!”. Now even my Dad introduces me as The Insurance Man! The reality is that I head up the Pro Sports team at Berns Brett Insurance (BBi), and so there is large team to support me and the players.’

What got you into football and how did you become a football agent?

‘I played for Crawley Town and was in the youth set-up at Brighton and Charlton. I decided I wasn’t going to earn a living out of the game so I went to the University of Hull and got a degree in business and marketing. I then combined my passion for business and football and became an football agent.’ 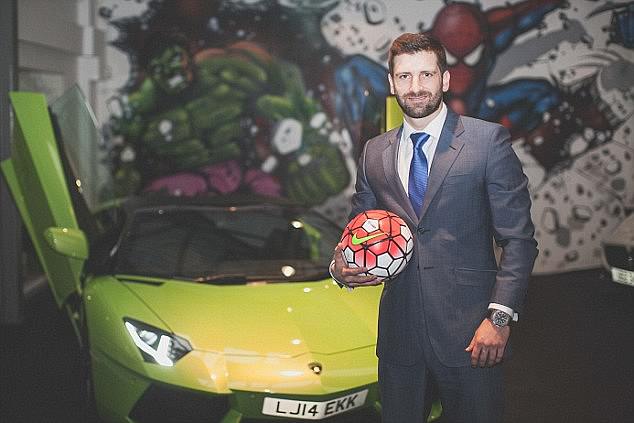 Why did you quit being a football agent and move into insurance?

‘When the football agent industry became deregulated it meant anyone could practice as an agent. I felt the industry needed more regulation, not less, and decided it was right for me to move into insurance. I also witnessed players not getting the best deals and felt I could really add value and look after them.

‘I was working with another broker and kept coming across BBi as a competitor. Then last year an agent we both knew put me in touch with David Skinner, the MD. David wanted to expand the Pro Sports division and was looking for someone to lead the team. It was really a no-brainer in the end.’

Tell us about your day-to-day work

‘Every day is different. Recently I was at the home of a Liverpool player who won the Champions League! You might find me advising an agent on career-ending insurance, or speaking to a player who has bought a new car and needs bespoke cover.

‘I also visit clubs and academies to speak to players, player liaison officers and parents. On other occasions I may visit a player’s house to advise on their home and jewellery cover. Insurance can be a minefield and I see it as my role to break it down and make it easy for players. They can then get on with their day jobs!’ 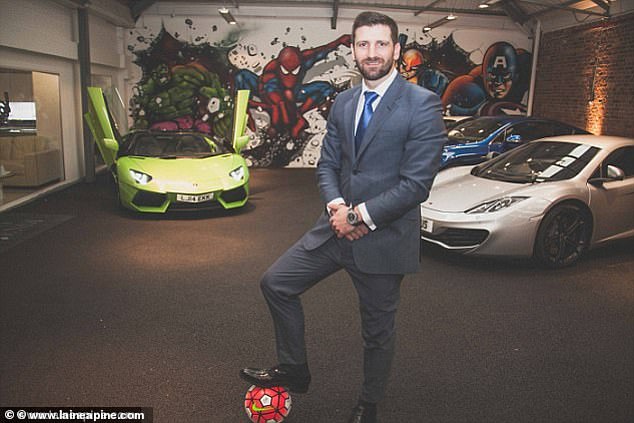 Matt, who used to play football, also works with players featuring in non-League

Tell us a quirky request you’ve had from a client

‘People want me to name names – but I never do! I have had many crazy requests. Sometimes I feel like I am a concierge to the sports stars! However I’m sure they ask me because they trust me and know that I have a large network of connections. I once had a player who had just made his Premier League debut and was pulled over by the police.

‘He couldn’t find his insurance certificate and the police were going to impound his car. So his first thought was to call The Insurance Man, even though it was 1am in the morning… I took the phone call, rolled out of bed and emailed the certificate to him and the police officer let him go on his way. Phew.’

What sort of figures are involved when it comes to career-ending insurance?

‘It can be in the millions. When you have such short careers, an injury that ends it early can have a devastating effect on the players and their families. You only have to look at recent high-profile cases involving Ryan Mason and Fabrice Muamba, whose careers were ended prematurely. Players outside of the Premier League probably have a greater need for the cover as their salaries are generally much lower.’

What message would you have for up-and-coming footballers?

‘From an insurance perspective, try and take an interest in all the cover you have and don’t always rely on agents and third parties to arrange it for you. I can help explain things in layman’s terms. I often come across sports professionals and celebrities who have not been properly advised. If something seems too good to be true, it usually is! Try and build a relationship with your broker. I invite both experienced and up-and-coming sports stars, along with agents, to connect with me – and the BBi team – to discuss their needs.’ 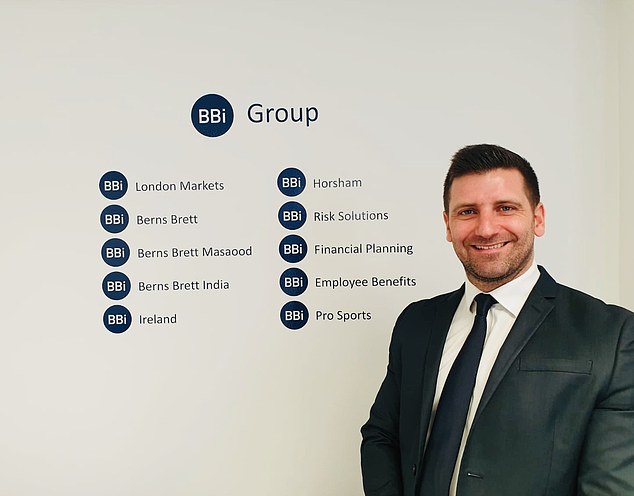 Is it just footballers you work with?

‘Footballers represents a large percentage of the business we write within the Pro Sports team at BBi. We do, however, work with many different sports professionals, including boxers, cyclists, cricketers, and rugby players, both male and female. Although BBi is a leading player in the Pro Sports sector, it is only a small part of the overall business. Our range of clients includes Financial Institutions, PLC’s, Charities, Public Sector, Construction and everything in between.’

Is insurance different in the women’s side of sport?

‘We are seeing many more enquiries for insurance in the women’s side of sport due to the changes within sport and society. The women’s World Cup was a great example of how times are changing in a positive way. Unprecedented levels of media coverage attracted new fans. I am certainly taking more calls from female sports professionals and their advisors regarding insurance across all areas. This is fantastic to be part of and long may it continue.’