Preschool teacher, 30, thriving after being given one week to live with rare brain tumor

In November 2017, Amanda Thomas’s doctors told her she had one week to live.

After experiencing painful headaches following a car accident, the 30-year-old was diagnosed with a very aggressive form of brain cancer.

Because the tumor wraps around the brain, surgery was not an option, and it is very resistant to chemotherapy.

But one doctor in her home state of North Carolina had seen this kind of tumor before and told Thomas there was a clinical trial drug that could help treat her.

Today, Thomas’s tumor has significantly shrunk and she says she wants to share her story to encourage patients in a similar situation to never give up. 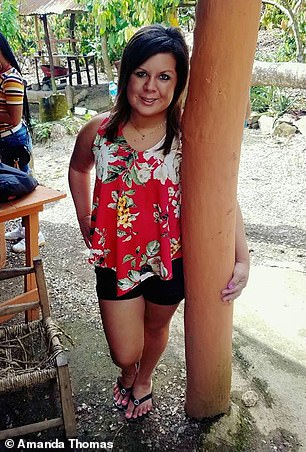 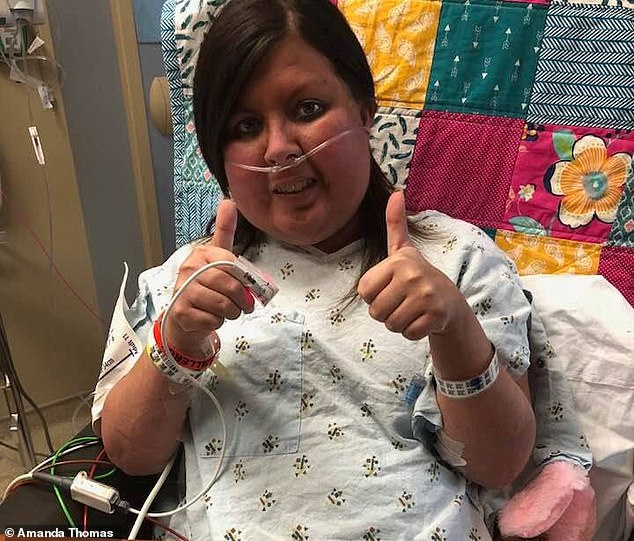 Because the tumor wraps around the brain, surgery was not an option, and it is very resistant to chemotherapy. Pictured: Amanda in the hospital in March 2018 while she was undergoing chemotherapy

When Thomas began having headaches following the car crash, her mother, Ann Nguyen, was worried her daughter had a concussion.

They went to the hospital where doctors performed an MRI on Thomas.

Within hours, she was diagnosed with H3 K27M mutant glioma, an aggressive form of brain cancer.

According to the Levine Cancer Institute in Charlotte, North Carolina, this tumor ‘wraps around the brain like a spider web’ and does not often respond to radiation or chemotherapy.

The tumors are grade IV, the most deadly form, and the two-year survival rate is less than 10 percent.

‘Her tumor was really large and very deep within the brain,’ Dr Ashley Sumrall, a hematologist and oncologist at the Levine Cancer Institute told PEOPLE. ‘When I got involved in her case, she was dying.’

Dr Sumrall told Thomas that the type of brain tumor she had qualified her for Phase 2 of a clinical trial for a drug.

At first, Thomas declined and decided to try chemotherapy. However, when that failed, she decided to take part in the trial in May 2018.

It crosses the blood-brain barrier and targets pathways in the tumor that have receptors and blocks them so the tumor can’t grow.

From there, it kills cancer cells – most importantly without killing normal cells and with little to no side effects. 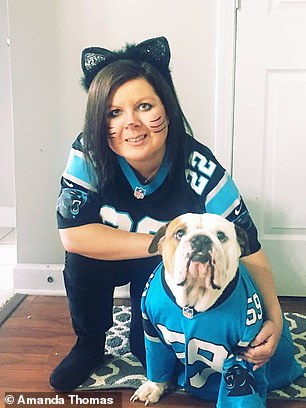 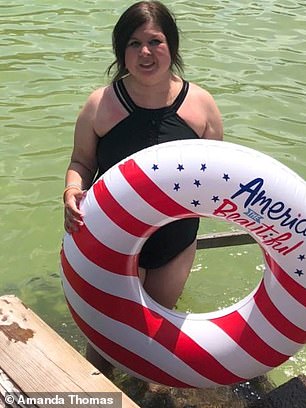 Dr Ashley Sumrall told Thomas (left and right) that the tumor she had qualified her for a Phase 2 clinical trial of a drug called ONC201. It targets pathways in the tumor to stop it from growing and kills cancer cells without killing normal cells 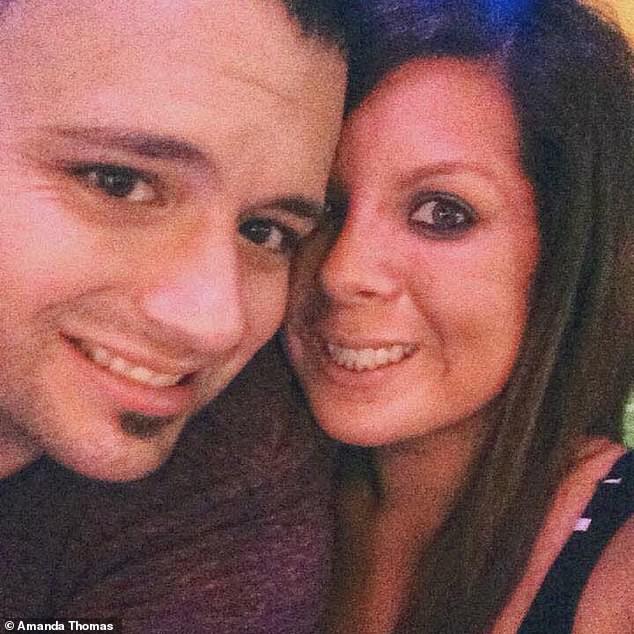 Thomas’s tumor has shrunken down to less than half its size and doctors will continue to monitor her. Pictured: Thomas, right, with her husband Joshua

‘Traditionally someone with a tumor like hers should have passed away months ago,’ Dr Sumrall told PEOPLE.

‘But we know some patients on this drug have seen their tumors shrink by 90 percent.’

A 2017 study conducted by Rutgers Cancer Institute of New Jersey found that the drug also helped shrink the tumors of patients with prostate and endometrial cancer.

According to a Facebook post written in November by Thomas’s husband Joshua, her tumor has shrunken from 45cm down to 17cm.

Doctors are continuing to monitor Thomas because they don’t know what her prognosis will be, but she says she’s happy she has more time to spend with her husband and play with her dog.

She also wants to encourage other cancer patients to consider pursing other treatment options than traditional chemotherapy and radiation.

‘For someone to say that you’re only going to live for maybe a week, to living for 11 months now – that’s a huge difference,’ she told Atrium Health.