Fiona Bruce has revealed she suffers from ‘working mother’s guilt’ for employing a nanny to help raise her two children while she focused on her BBC career.

The Antiques Roadshow presenter, 54, also said she ‘falls short’ when she compares herself to her own mother, who was ‘always there’ during her childhood.

The broadcaster, who is married to advertising director Nigel Sharrocks, 61, still employs a nanny to look after her children Sam, 20, and Mia, 16.

Broadcaster Fiona Bruce, 54, reveals she suffers from ‘working mother’s guilt’ for employing a nanny to help raise her two children

She said of her mother, Rosemary Bruce, who died in 2011: ‘We had very different lives. She stopped working when she had her first child (I am the youngest of three) and never went back.

‘I’m not sure she had any desire to. My parents’ set-up was very traditional, whereas that’s not the life I’ve chosen to lead.’

Writing in the Radio Times, she said: ‘I have two children and I do judge my parenting skills against hers and often find myself falling short. She was always there, but I’m not.’

Miss Bruce, who has been with the BBC for 29 years, added that she would not have been able to continue her career without their nanny Claire.

She said: ‘We have had the same nanny for 20 years and that has made so much of my working life possible.

‘But I do have a fair dose of working mother’s guilt. Would it have been better for my children had I been at home all the time? I don’t know. I’ve asked and they say no!’

Earlier this year the presenter admitted it ‘sounds absurd’ that the family still employ a nanny, but she said doesn’t want her youngest child to be alone when she gets home from school.

‘Obviously, we don’t really need a nanny anymore, but she’s part of our family’, she said. 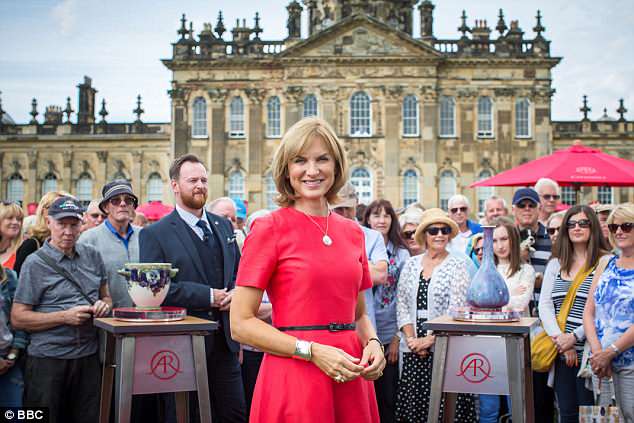 She told Woman and Home: ‘From February to September, I’m working a lot, and my husband works a lot too, and it’s really important for me that someone is in the house when Mia comes home from school. Plus I’m incredibly fond of Claire.’

Miss Bruce previously claimed she would be ‘more successful’ had she decided not to have children.

She told the Telegraph in 2015, that she used to watch the clock while working for Panorama when the children were young so she wouldn’t miss out on seeing them before they went to bed.

‘There was always a point at which I thought, “If I leave now, I can make bathtime”, and I’d get really irritable and try to rattle through stuff’, she said.