Get a new joke Joe: President Biden boasts his love of chocolate chip ice cream yet again in his letter to Santa in his first Christmas Eve message

President Joe Biden boasts his love of chocolate chip ice cream yet again in a letter to Santa Claus in his first Christmas Eve message as president.

The president shared a video on Friday showing him enter a festive room filled with Christmas decorations carrying a plate of cookies.

Biden sets the plate down next to a Christmas tree and a roaring fire as he writes a note.

The camera zooms into the page as Bing Crosby’s White Christmas plays.

‘Dear Santa, there is chocolate chip ice cream in the freezer if you would like some. Love, Joe’ the note reads. 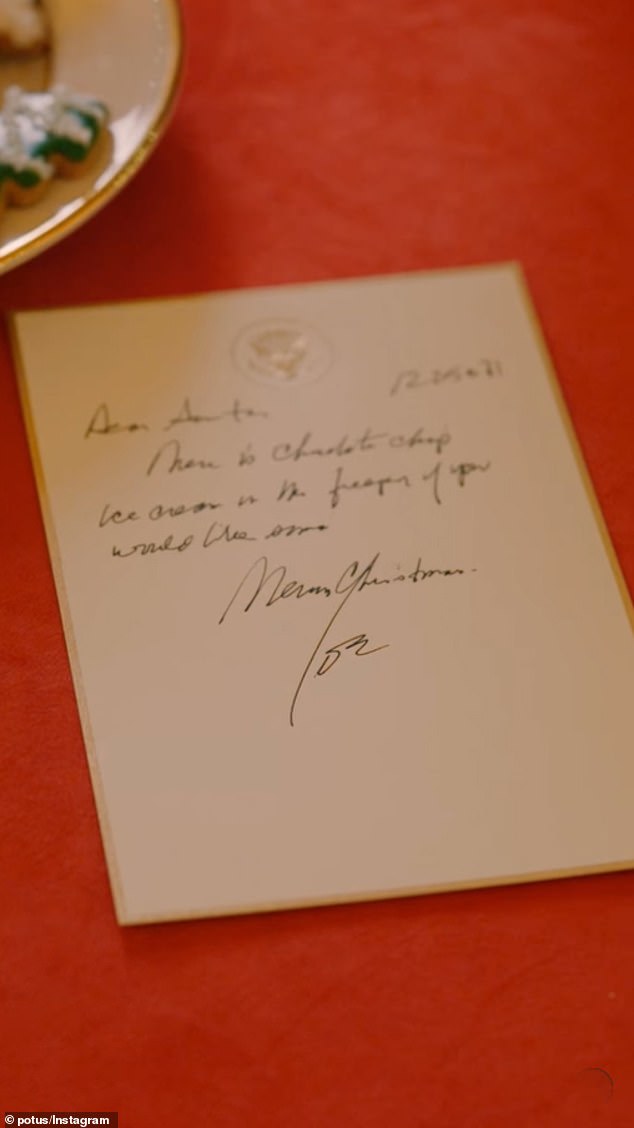 The video shows Biden leaving a note and a plate of cookies beside a Christmas tree: ‘Dear Santa, there is chocolate chip ice cream in the freezer if you would like some. Love, Joe’

‘Verified Santa gets his fair share of cookies tonight, so I figured I would offer him one of my favorite treats,’ Biden captioned the video on Instagram.

Through the years, Biden has made it abundantly clear that ice cream is his favorite snack and chocolate chip his favorite flavor.

He has become well known for his love of ice cream and has been repeatedly pictured over the years indulging in a cone. The ice cream aficionado even has several flavors created in his honor.

‘I am a genuine lover of ice cream. I don’t drink. I don’t smoke. But I eat a lot of ice cream,’ Biden said admitting his sugary vice in 2016.

‘My name is Joe Biden, and I love ice cream,’ Biden opened his speech at the the headquarters for Jeni’s Splendid Ice Cream in Columbus, Ohio in 2016. ‘You all think I’m kidding — I’m not. I eat more ice cream than three other people you’d like to be with, all at once.’

Later that year, the then-Vice President appeared on The Tonight Show With Jimmy Fallon, where host and guest toasted to Biden’s love of ice cream.

He was even given his own custom chocolate chip ice cream flavor named after him at Cornell University ahead of his senior convocation speech at the university in 2017.

In April 2020, Eater reported that Biden’s presidential campaign had spent more than $10,000 on ice cream up until that point. However, it was noted that the ice cream that was purchased appeared to be gifts of Jeni’s Ice Cream as gifts to campaign donors.

Jeni’s Ice Cream recently reciprocated the love and paid tribute to Biden’s speech and love of ice cream and debuted a new flavor in his honor, White House Chocolate Chip.

But Biden’s affection for ice cream isn’t always received by all as an adorable habit.

In May, the media was slammed for skipping over hard hitting questions and instead fawning over Biden’s choice of ice cream- which unsurprisingly was chocolate chip. 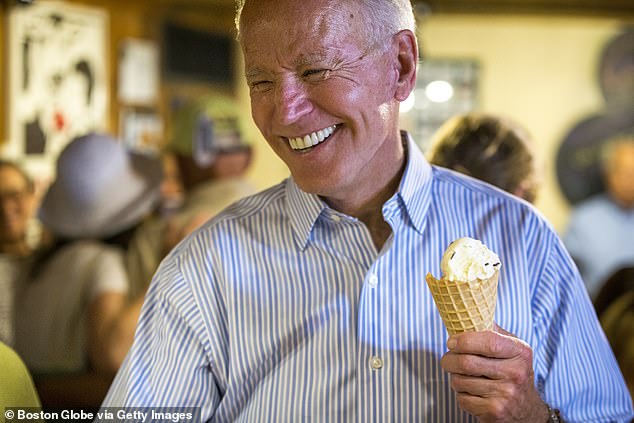 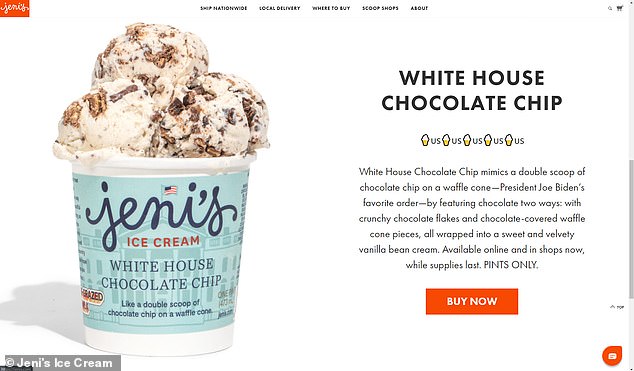 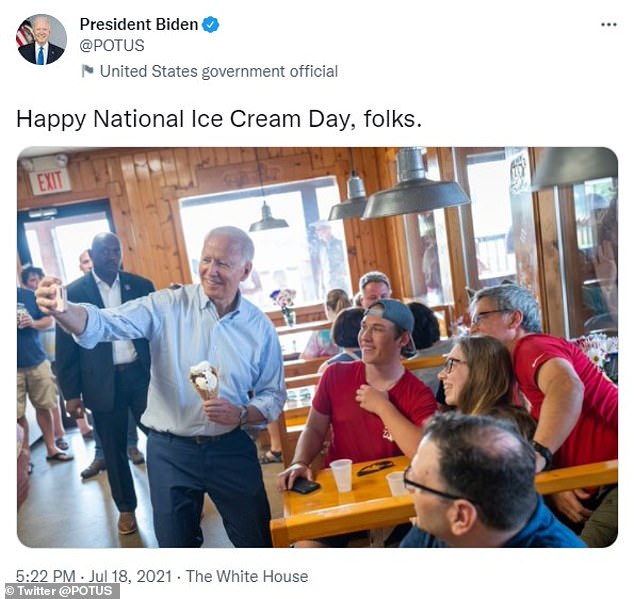 ‘Mr. President, what did you order?’ was the first question Biden was asked as she exited Honey Hut Ice Cream in Cleveland, Ohio.

When a reporter then asked Biden what his message to Republicans who were trying to block the January 6th commission was he reverted back to his sweet treat.

He was then slammed again just a month later for discussing his love of ice cream instead of serious issues at hand.

‘Happy National Ice Cream Day, folks,’ Biden tweeted on July 18 with a photo of him taking a selfie with an ice cream cone and a family at Moomers Homemade Ice Cream in Traverse City, Michigan.