French president Emmanuel Macron was evacuated from a packed theatre by armed riot police last night after a mob of anti-government protesters tried to reach him.

The major security scare saw Mr Macron and his wife Brigitte leaving the Bouffes du Nord in the 10th arrondissement of Paris soon after 10pm.

Video posted on Twitter showed around 30 demonstrators storming the doors of the historic theatre, which is close to the Eurostar railway station in the city. 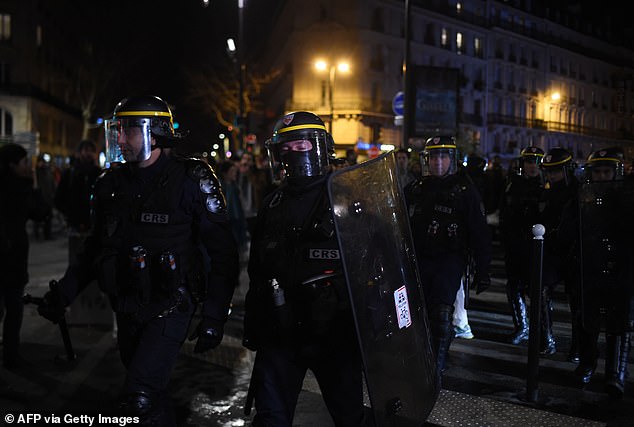 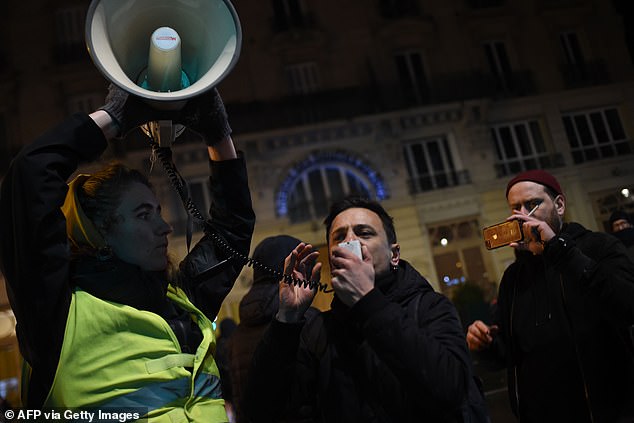 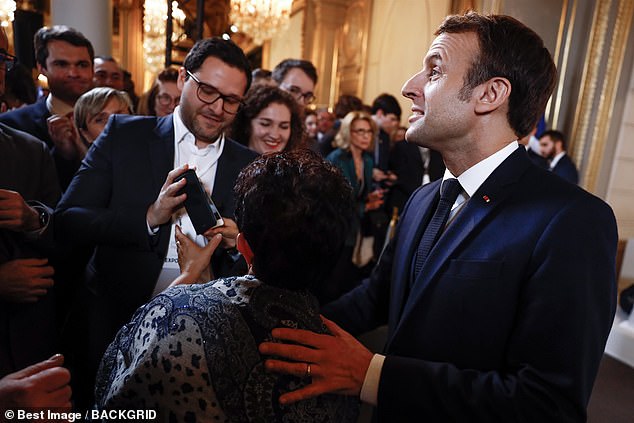 It followed Taha Bouhafa, a 22-year-old political activist who was sitting just behind the president, videoing the head of state and then inviting people to rush in.

Mr Bouhafa tweeted: ‘I am currently at the Bouffes du Nord theatre (Metro station, La Chapelle) 3 rows behind the President of the Republic. Activists are around the corner and are calling on everyone to come in. Something is brewing … the evening may be hectic.’

Mr Bouhafa is believed to have been arrested for the tweet, while CRS riot police dealt with the mob, some of who got close to Mr and Mrs Macron.

‘They were chanting anti-Macron slogans, and generally making life very uncomfortable for the couple and their entourage,’ said a witness to the trouble. 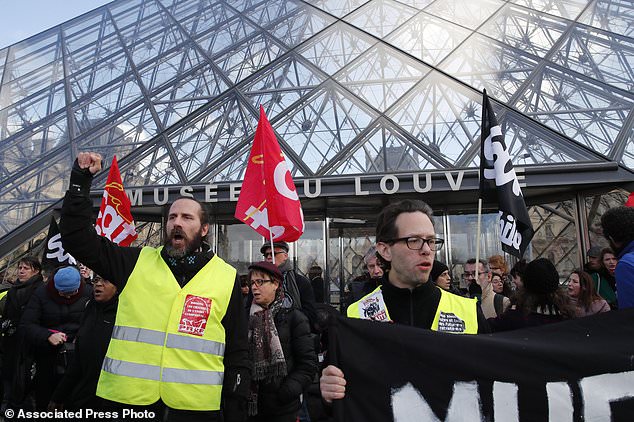 Striking employees demonstrate outside the Louvre museum on Friday in Paris. Paris’ Louvre museum was closed Friday as dozens of protesters blocked the entrance to denounce the French government’s plans to overhaul the pension system

‘The Macrons were both moved out of their seats, and away from the trouble, until the all clear was given.’

A presidential source confirmed the evacuation, saying the Macron later returned to the theatre to watch the play – a modernist drama called The Fly. 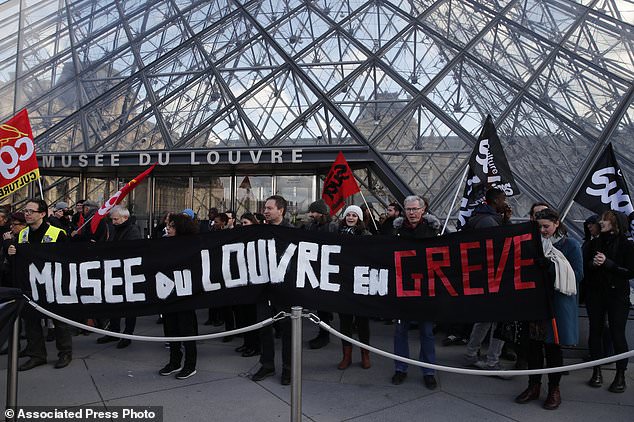 Striking employees demonstrate with a banner reading “Louvre museum on strike” outside the Louvre museum on Friday in Paris. Paris’ Louvre museum was closed Friday as dozens of protesters blocked the entrance to denounce the French government’s plans to overhaul the pension system

Richard Lioger, an MP in Mr Macron’s LREM party, condemned the storming of the theatre as ‘an unacceptable attempt at intrusion.’

But Danielle Obono, far-Left MP for the France Unbowed party, said Taha Bouhafs should not have been arrested for simply ‘tweeting on the presence of the Contemptuous one in the theatre.’

Mr Macron is currently at the centre of bitter industrial action aimed at making him reverse controversial plans to reform France’s pensions regime.

There have been six weeks of strikes and often violent protests in major cities including Paris.

Mr Macron’s overall plan is to replace the current system of 42 different pension regimes with a single, points-based system that will be the same for everybody.