Off the charts! President Donald Trump appears to be tweeting more than ever and speaking for longer as 2020 looms

The President appears to be tweeting more than ever before and making longer speeches at his rallies than during the first two years of his presidency.

Analysis by CNN shows that the president is also talking more on camera, including making lengthier speeches at his rallies.

The data was collected by Factba.se which tracks, transcribes and indexes everything that Trump says and posts, thereby creating a public archive of his words. 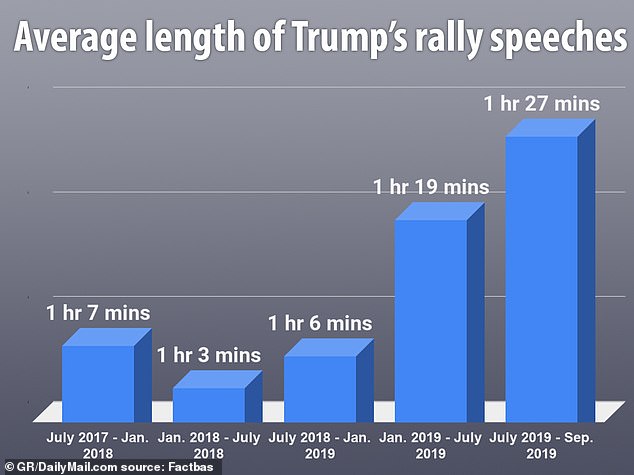 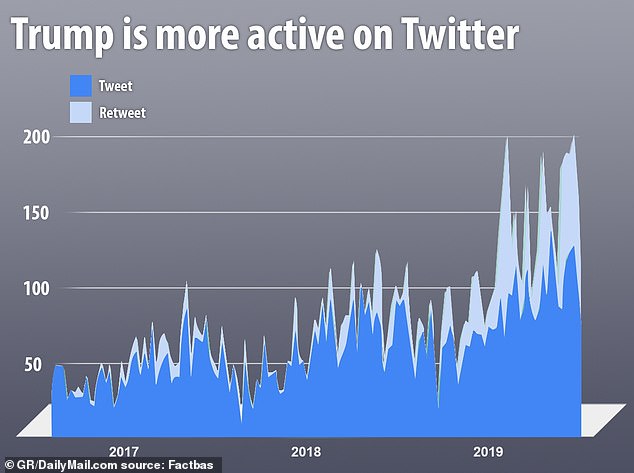 The number of times per week President Trump tweets and retweets has increased significantly in 2019. Trump has been posting more of his own tweets and more retweets too

The charts reveal that Donald Trump has tweeted during 2019, on average, 83 times a week.

When it comes to retweeting, there has also been similarly enormous spike.

But it is not just behind a cellphone that Trump is expressing himself more but in real life as well. 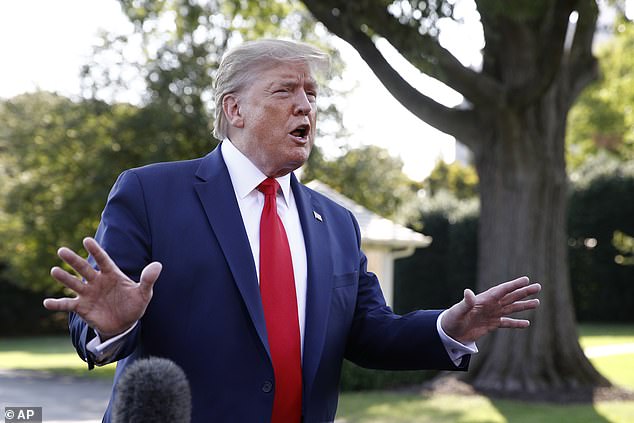 President Donald Trump speaks with reporters before departing on Marine One from the South Lawn of the White House. So-called ‘chopper talk’ has grown from 7 to almost 13 minutes 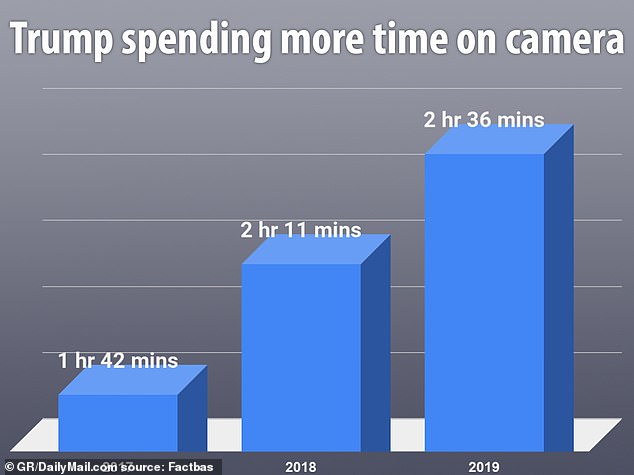 President Trump is talking more in general – about 25 minutes a week more on camera this year than through the same time last year.

Data collected from his speeches finds that the length of his rally ramblings have lengthened by more than a quarter compared to 2018, averaging at about one hour and 22 minutes. In 2018 he averaged one hour and five minutes last year, and came in at just under an hour in 2017.

To put things in perspective, seven of the President’s 10 longest rally speeches of his presidency were given this year according to Marketwatch.

Trump’s ‘chopper talk’ when he is getting on or off his flights on Marine One or Air Force One are also growing in length.

In 2019, the ‘talk’ is averaging around 12 minutes and 37 seconds – some 78 percent longer than 2018 where he would take questions from reporters for around seven minutes. 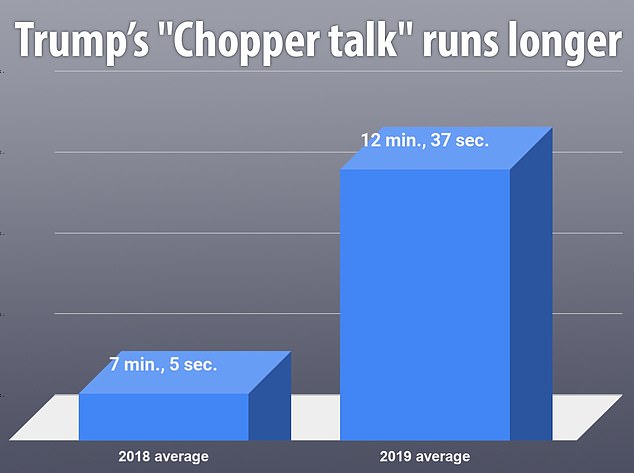 President Trump is spending more time talking to the press on his way to and from Marine One and Air Force One. The average duration of these exchanges has increased 78% since last year 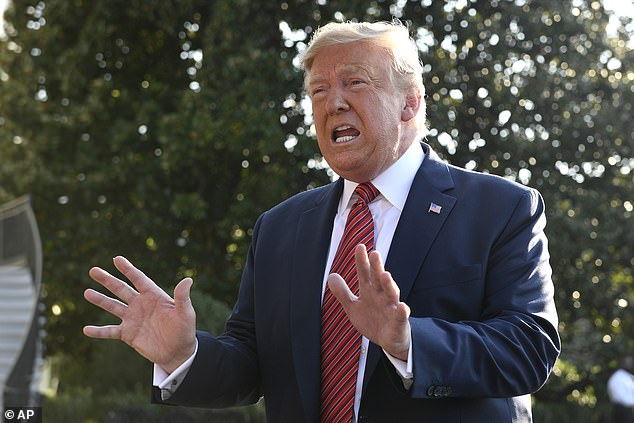 As the 2020 election approaches, it is clear that Trump will be spending even more time on camera.

The President spoke for around two hours 37 minutes a week during the second week of September. It was some 25 minutes more than he talked on camera compared to the same week in 2018.

CNN public editor and political fact-checker Daniel Dale believes that it is not just the looming election that will spur Trump on to speak longer in public but also because he has fewer advisers who would deliberately try and curtail his speaking and tweeting.

‘The increases have come as Trump has rid himself of most of the advisers who reportedly tried to constrain his impulses, like chief of staff John Kelly and defense secretary James Mattis, and as he has appeared to become even more comfortable behaving as he wishes. This is Trump unleashed,’ Dale writes.