Blinging in the rain! Trump casually dumps his open umbrella at the door of Air Force One as he boards for take-off

President Donald Trump is being mocked for failing to close his own umbrella Saturday as he boarded Air Force One.

The American leader, 72, held the waterproof covering himself to protect his mane from the wet weather at Joint Base Andrews in Maryland that afternoon. However after he climbed the steps to go inside the aircraft he surprised onlookers with what he did next.

With the world watching, Trump nonchalantly tossed the canopy to the side as cameras captured it roll in the windy conditions. 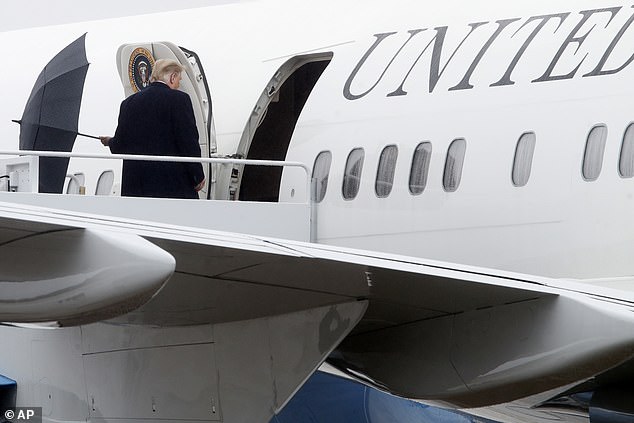 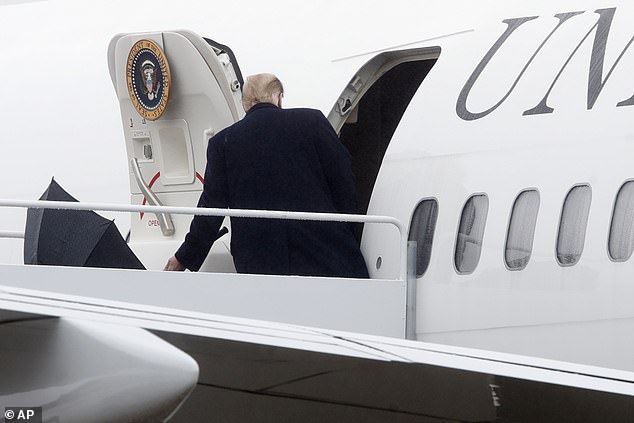 He did not seem to care to collapse the item or wait for another person to do so for him before he made the trip to Indianapolis, Indiana and Illinois.

In a clip being shared on social media, another member of his team dashes up the stairs after him and dodges the large umbrella to walk through the door. 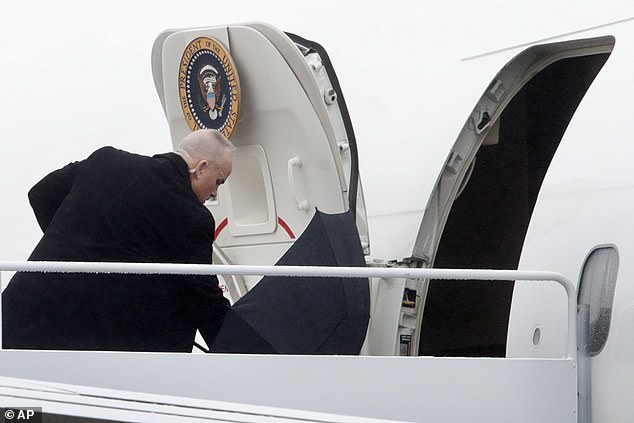 A Secret Service agent later picked up the waterproof cover.

But it didn’t stop people making fun of the president online.

One user sharing the clip wrote: ‘Trump doesn’t know how to put an umbrella down, pass it on.’ 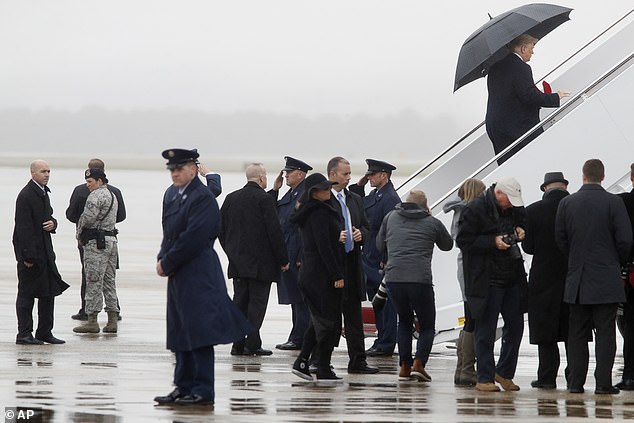 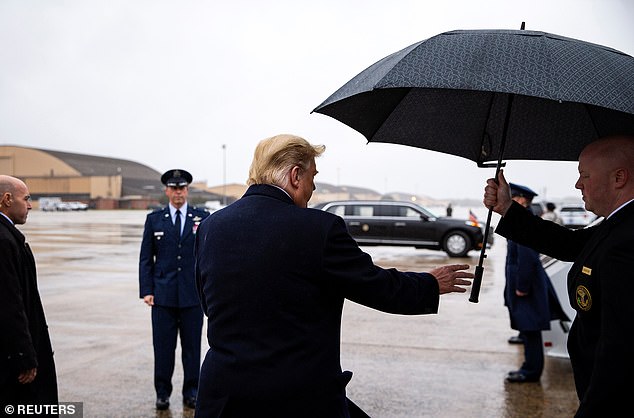 The appearance came after he spoke publicly about the mass shooting a Pittsburgh synagogue that day.

‘They had a maniac walk in and they didn’t have any protection and that is so sad to see,’ he had said earlier as he called for better security in public places. ‘If you take a look at it, if they had protection inside, the results would have been far better.’

The umbrella blunder wasn’t the only one for Trump this month.

He was vilified on Twitter for leaving his wife, First Lady Melania Trump, to get soaked as he covered only himself while lapping up media attention. 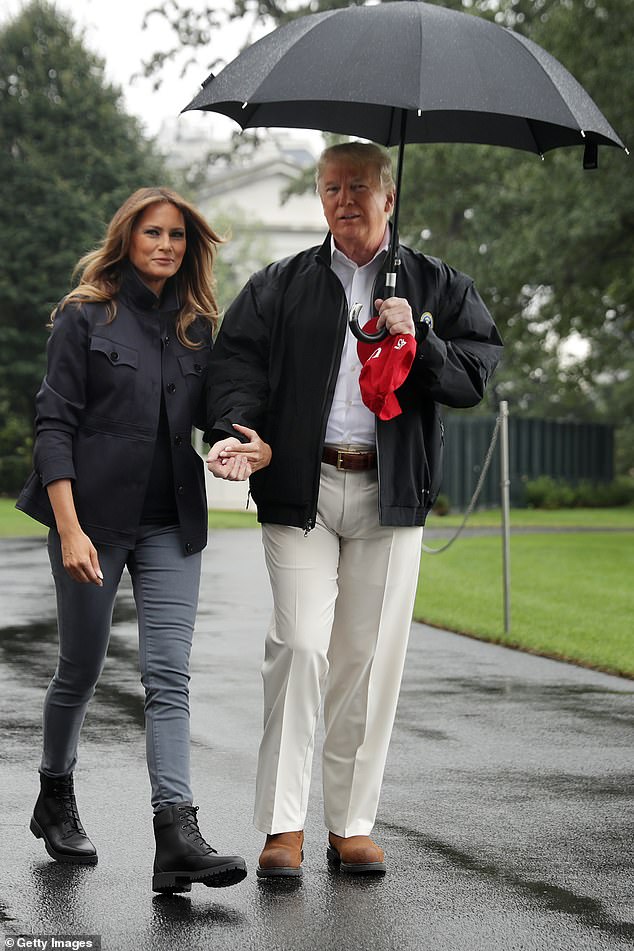