Trump encounters difficulty with his umbrella yet AGAIN: President decides not to close his as he enters Air Force One, comically sticking it in a military officers hand instead

President Trump seems to have met his match – but it’s not another world leader or business tycoon but an umbrella.

The president once again struggled to close his umbrella as he boarded Air Force One at Joint Base Andrews on Friday morning.

A video posted by The Hill on Twitter shielding himself from the rain as he climbs the ramp of his jet to travel to California.

When he gets to the top of the stairs, he turns to wave and then gives the still open umbrella to a hand sticking through the doorway of the presidential plane before disappearing inside.

The hand-off marked the latest moment that Trump appeared in public with his trusty black umbrella, a subject of some controversy several times.

President Trump boards Air Force One as a hand emerges from the doorway to take the still open umbrella from him on Friday April 5, at Andrews Air Force Base, en route to California 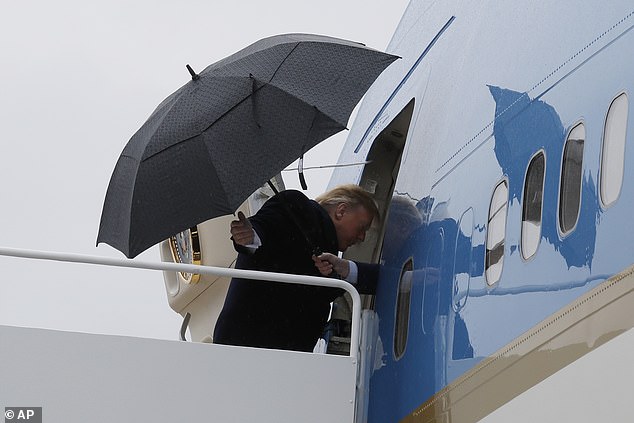 In January, Trump was accused of abandoning First Lady Melania Trump and son Barron to the elements after he boarded Air Force One under the comfort of the umbrella, but leaving the family members exposed.

In October, the president baffled observers by appearing unable or unwilling to collapse the umbrella, leaving it on the rolling stairs to Air Force One to blow in the wind.

Trump was widely mocked as the discarded canopy lay there for quite some time before another member of his team was forced to skirt around the swaying obstacle obstructing the entryway.

The latest incident has led Twitter users to speculate about Trump’s relationship to umbrellas once again. 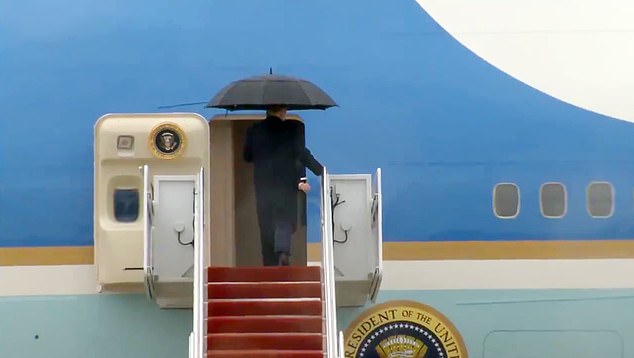 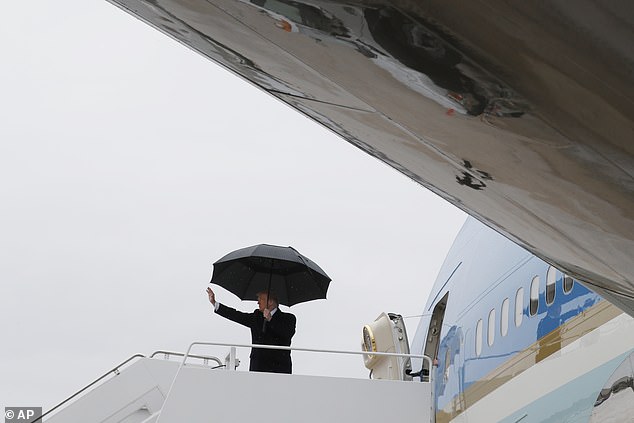 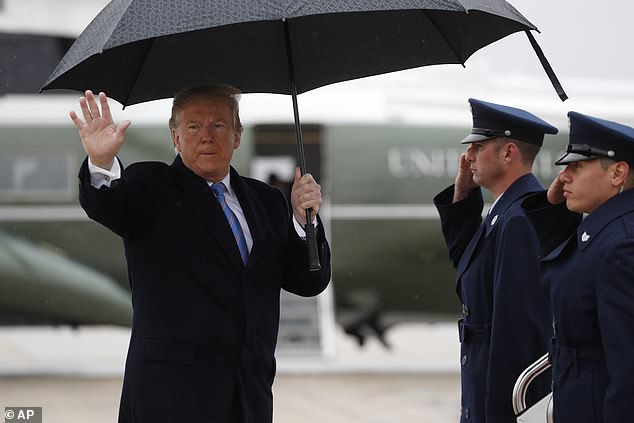 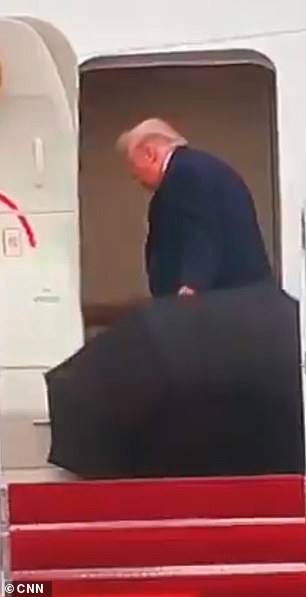 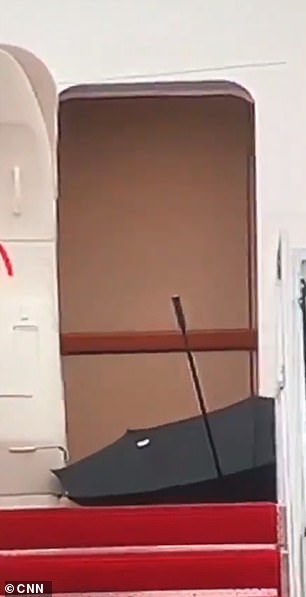 Trump drops his umbrella before entering Air Force One on October 27, 2018

‘This is so weird: Trump now appears to have an ‘umbrella guy’ to take the umbrella from him, because he seemingly cannot any longer (assuming he ever could) operate an umbrella successfully, or at all really,’ wrote Twitter user Simon Maginn.

‘How do we have a president who doesn’t know how to close an umbrella?’ asked author Molly Jong-Fast.

‘Watch Trump board Air Force One a few minutes ago. He’s so lazy he doesn’t even close his umbrella,’ tweeted pundit Scott Dworkin.

‘He just hands it off while the umbrella’s still open, to someone inside the plane. Doesn’t even take it through the door.’ 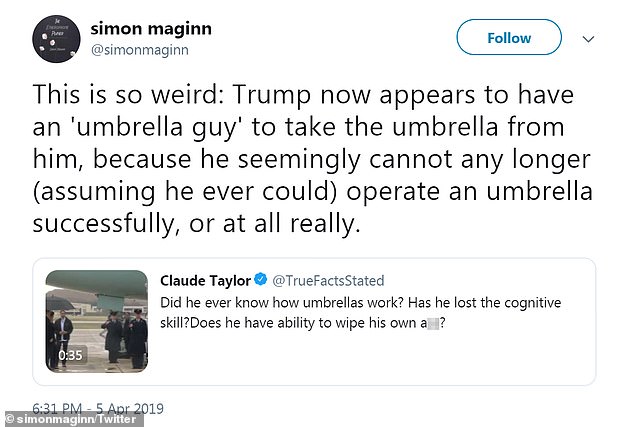 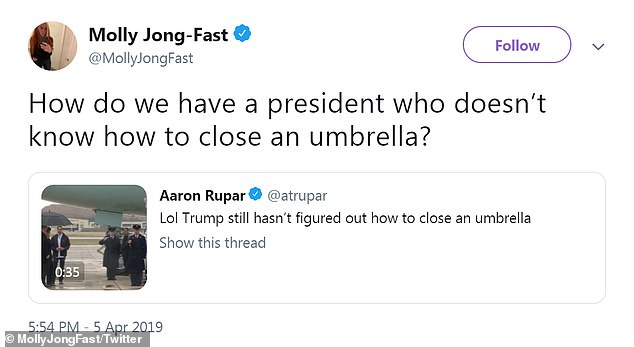 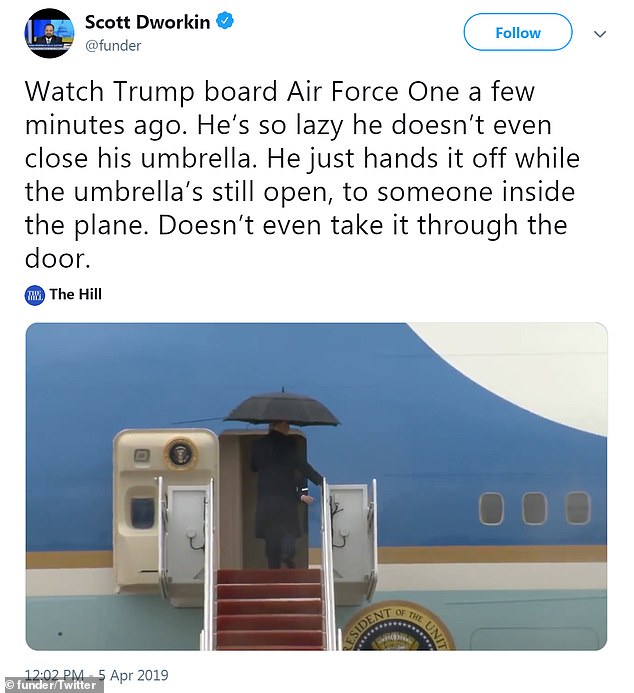