The family of one of the young victims who was shot dead last month at Marjory Stoneman Douglas High School in Parkland, Florida has revealed that they received a condolence letter from President Donald Trump.

‘I am deeply grateful for your presence at the White House for discussions regarding school safety. I was touched by the memories of Meadow you shared,’ wrote Trump in the note, addressed to Meadow’s parents Andrew and Julie as well as her brothers Hunter and Huck.

President Trump went on to write that he was ‘touched’ by the memories the family shared of Meadow, saying it was clear she had a ‘bright future’ ahead of her when she was brutally murdered back on February 14, just a few months before her graduation.

‘We will not forget her life, and we are resolved to confront the evil that so senselessly took her from us,’ stated President Trump later in the letter.

President Trump penned a letter to the family of Meadow Pollack, who was killed in the Parkland shooting (above) 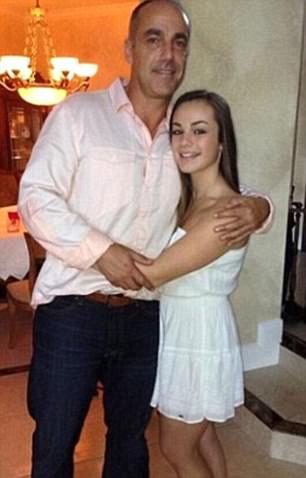 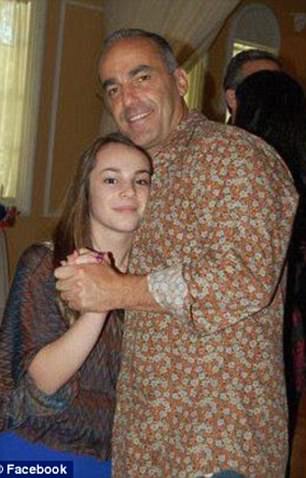 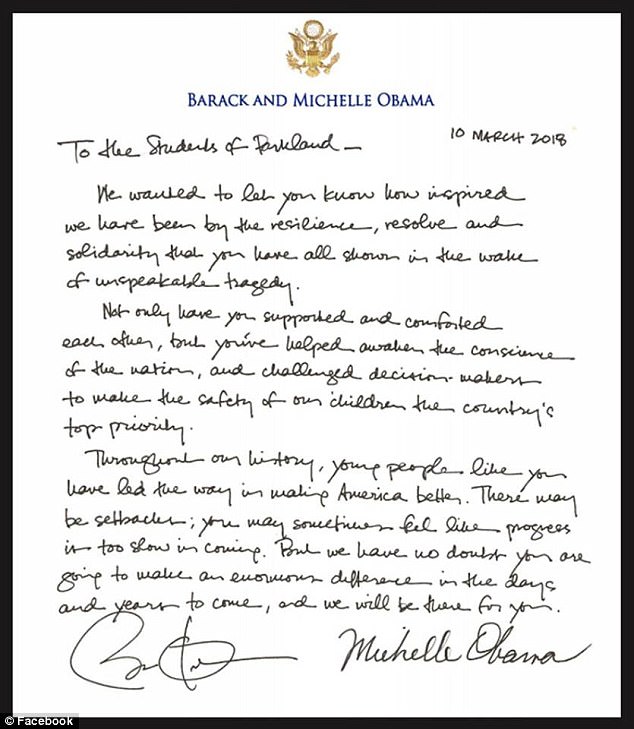 Obama sent a handwritten letter to the students of Parkland

Hunter Pollack shared the letter on Twitter, just a few days after the family of another victim said that they had received handwritten notes from a number of politicians, but not President Trump.

Michael Schulman and Linda Beigel Schulman told New York that they had received letters from Barack and Michelle Obama as well as Senator Marco Rubio earlier this month, among others.

They were the parents of teacher Scott Beigel, who was killed while trying to protect his class.

‘Your son seemed like an extraordinary young man, and Michelle and I grieve alongside you,’ read the letter.

‘We can only imagine the hardship you are going through; hopefully all the wonderful memories can help ease the pain. We’ll get the details about your fund in his honor. In the meantime, you are in our thoughts and prayers.’

Barack’s letter, unlike the one sent by President Trump, was handwritten, much like the letter he sent dated March 10 to the students of Parkland.

‘I received no correspondence whatsoever. I received nothing from the White House. I got a beautiful letter from Marco Rubio,’ said Linda Schulman.

‘I’ve gotten letters from other congressmen. But no, nothing from the president.’

Obama also sent handwritten letters to the students of Parkland and another school, Kalamazoo Central High School, who launched a petition to end gun violence after the Valentine’s Day massacre. 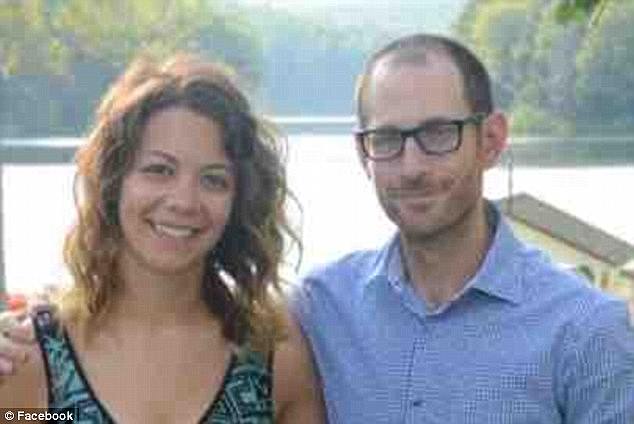 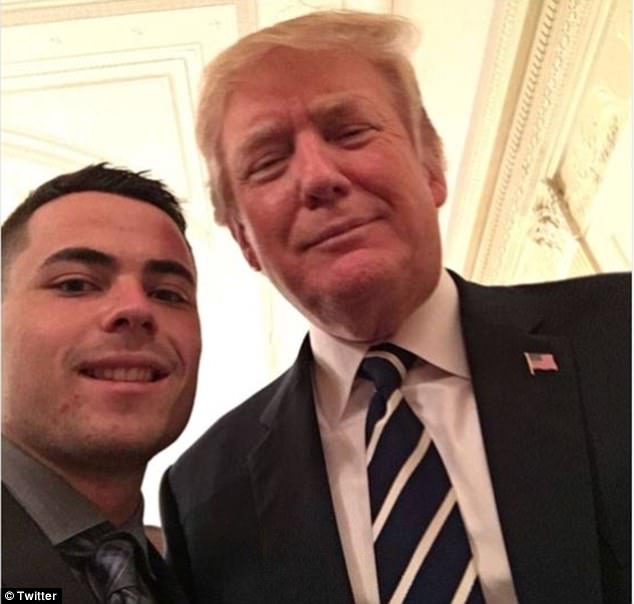 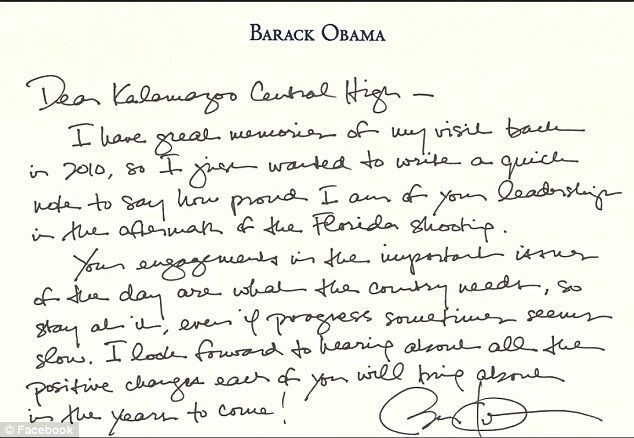 The former president also sent a note to students at Kalamazoo Central High School, who launched a gun violence petition

The Pollack family gained national attention when they attended a town hall on school safety hosted by President Trump in the wake of the massacre.

Pollack’s father said at the event that he was ‘pissed’ as he described his daughter Meadow’s horrific death to the president last month during an event at the White House.

‘I’m very angry that this happened, because it keeps happening,’ said Andrew.

He went on to point out that 9/11 ‘happened once, and they fixed everything. How many schools, how many children have to get shot?’

President Trump then announced that he would be looking at making concealed carry permits available to teachers to stop armed gunman.