President Donald Trump’s older sister is selling her Florida home for nearly $23million, according to a listing in the Palm Beach Board of Realtors Multiple Listing Service.

Maryanne Trump Barry , 80, purchased the home, located near Mar-a-Lago, in 2004 for $11.5million and owns it through a revocable trust.

A sales contract is pending on the eight-bedroom beachfront property, the Palm Beach Daily News reports.

The property has eight bedrooms, 11 bathrooms, an open entertaining area with a formal living room, a sun room, a family room and a library.

Outside there’s a large backyard in-ground swimming pool, an balcony with a view of the ocean and a patio. 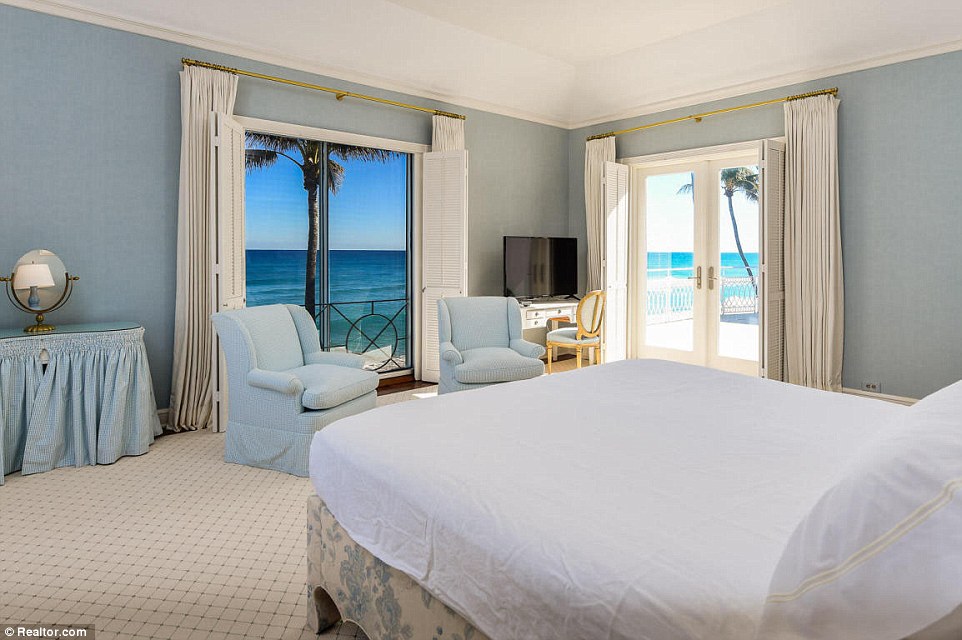 The home, located on S Ocean Boulevard in Palm Beach, has eight bedrooms and 11 bathrooms 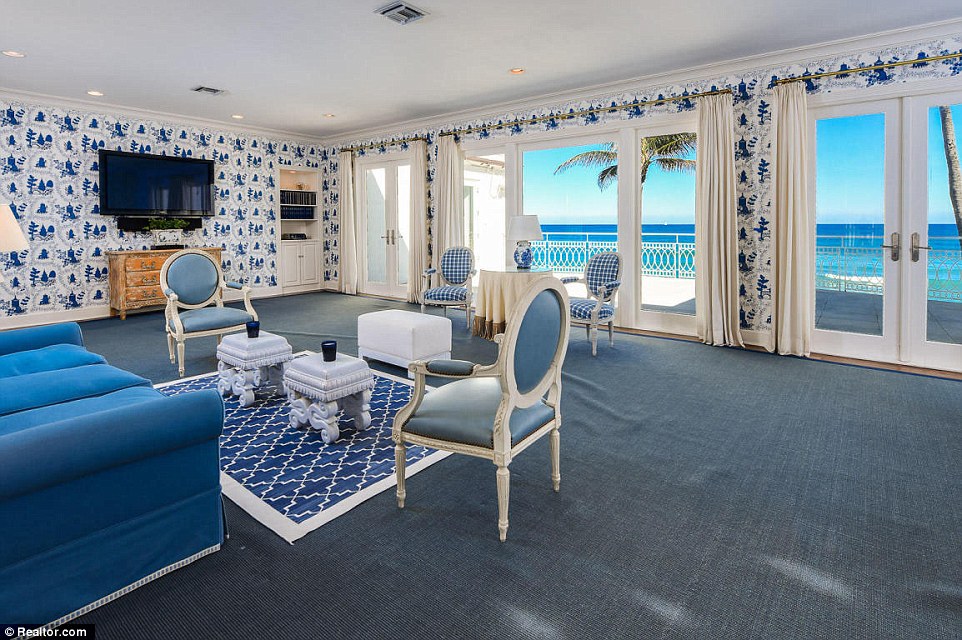 It also an has open entertaining area with a formal living room, a sun room, and a family room 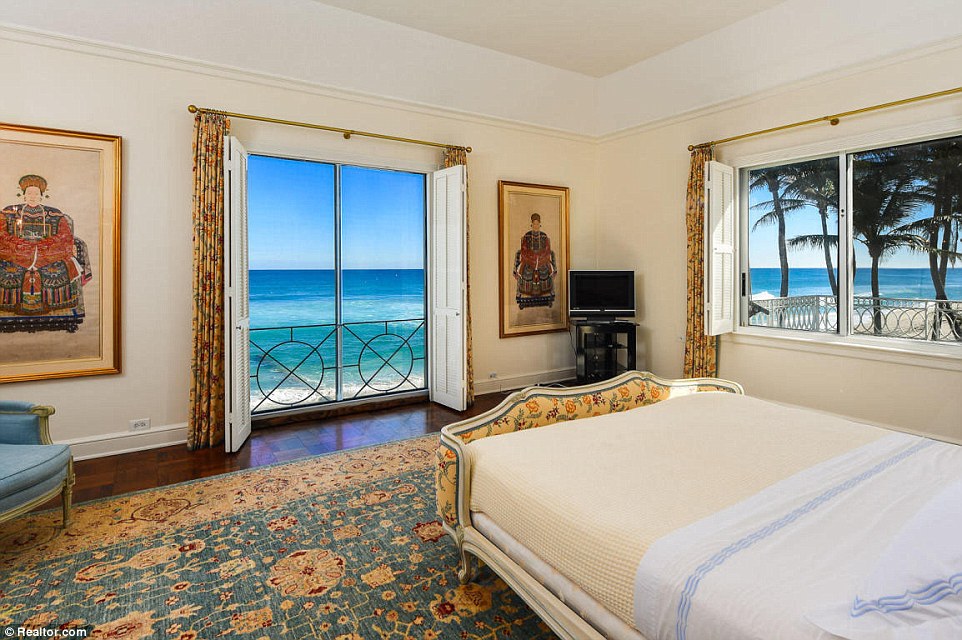 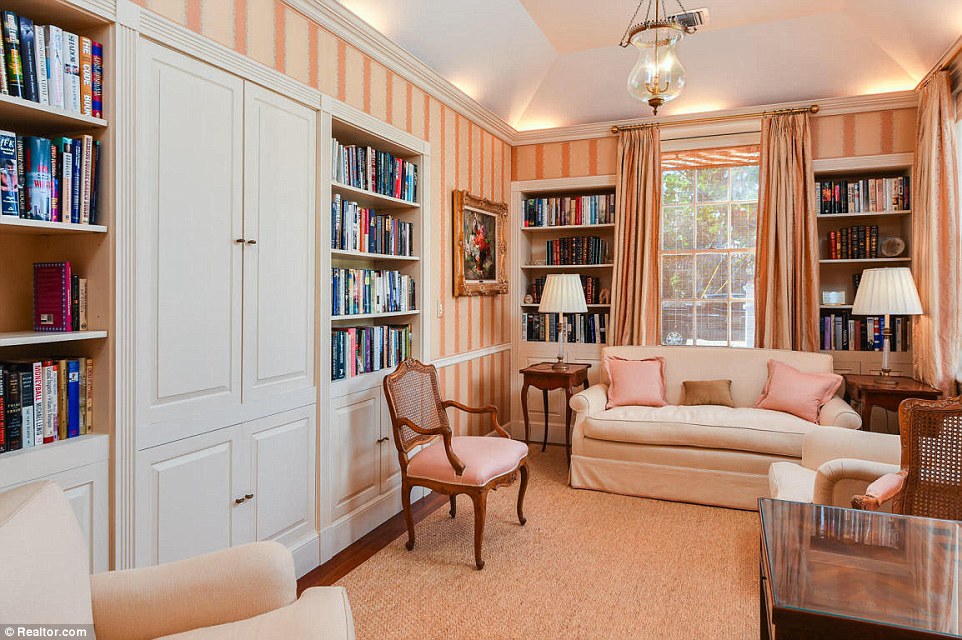 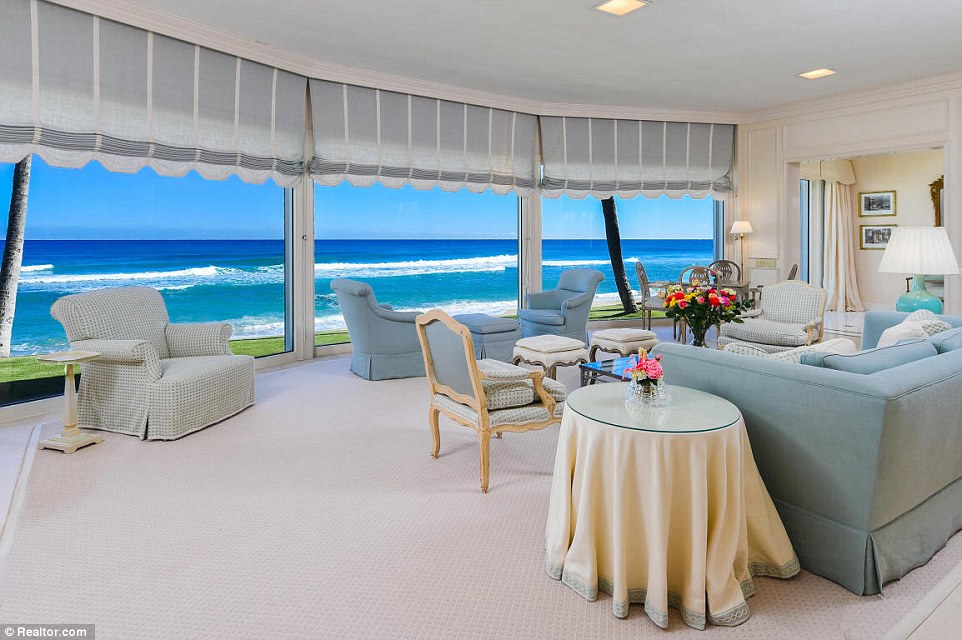 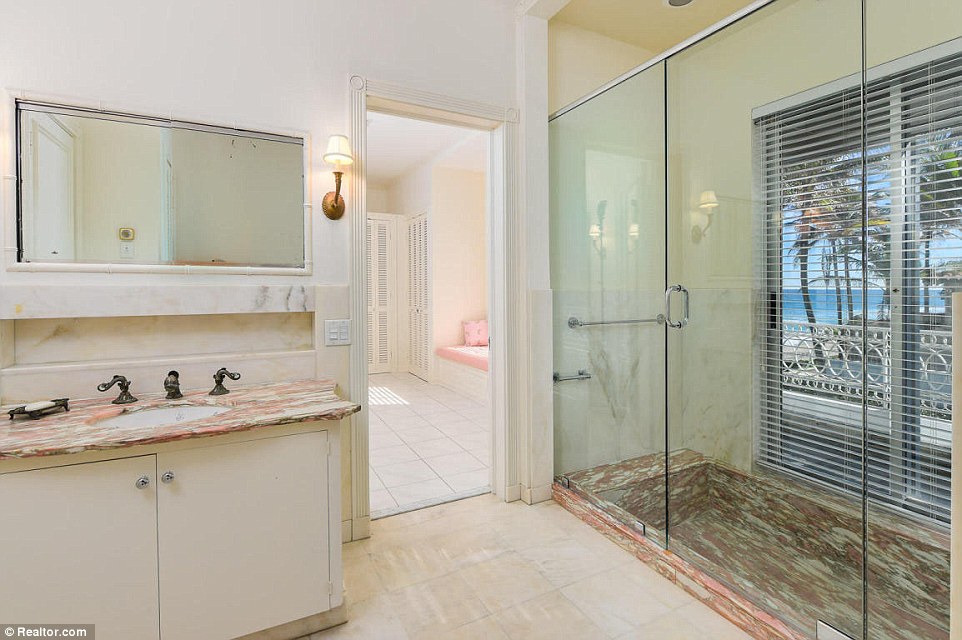 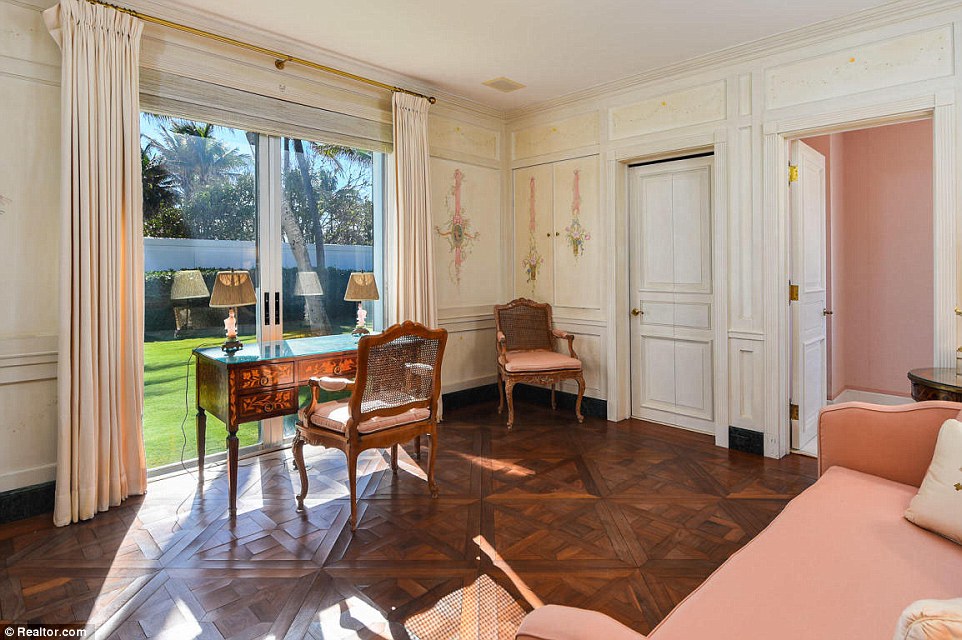 The house was first listed for sale in early December and is currently under contract. It’s not clear who the buyer is 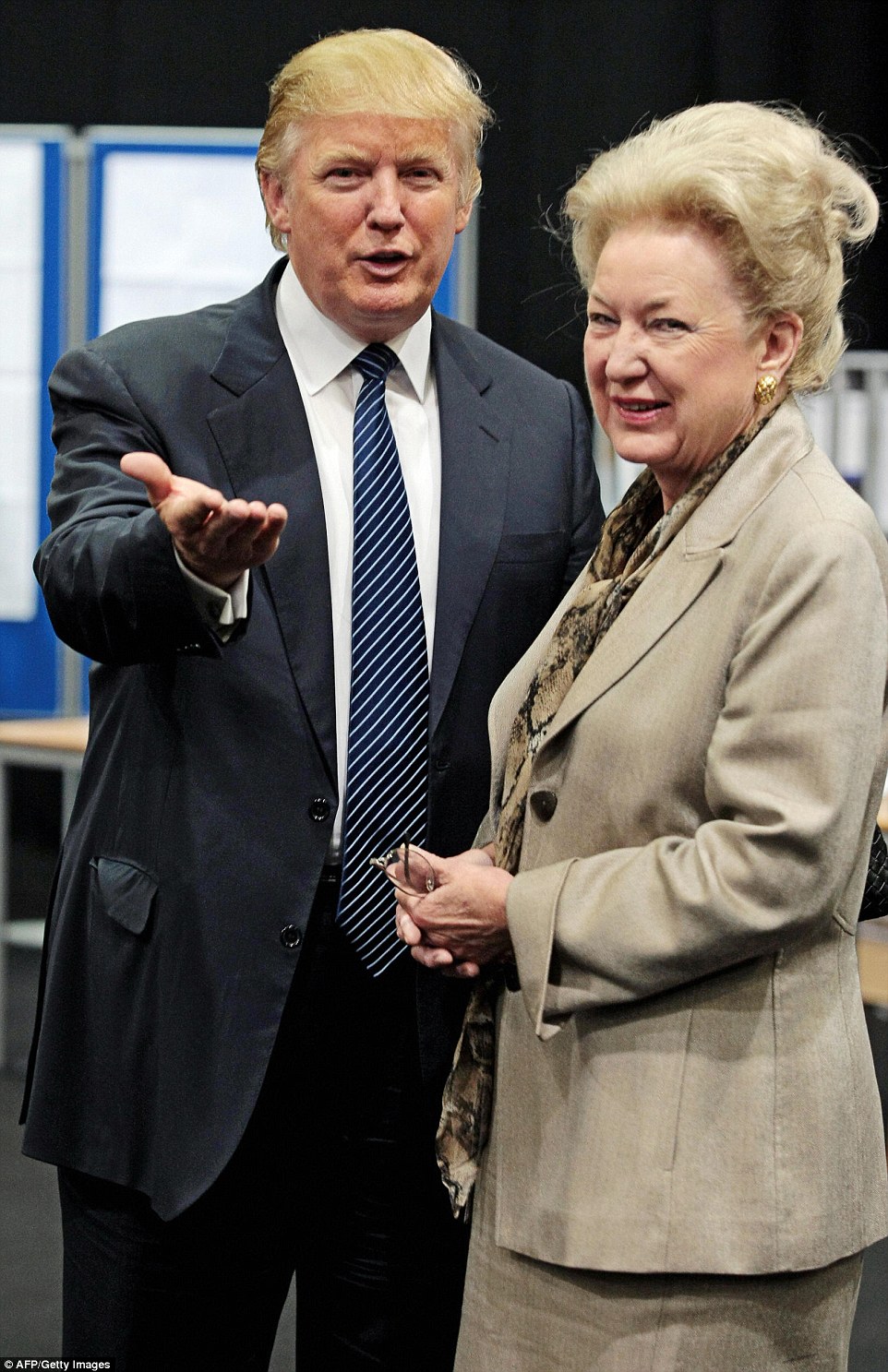 Barry’s younger brother, President Trump, owns two homes in the neighborhood, one on S Ocean Boulevard and another on Woodbridge Road. She is pictured with her younger brother in 2008

The house was first listed for sale in early December, the Daily News reports.

Barry is an attorney and inactive senior circuit judge of the US Court of Appeals for the Third Circuit in Philadelphia. The court serves Pennsylvania, New Jersey, Delaware and the Virgin Islands.

The Trump family owns several properties in the ritzy neighborhood, which is closed to through-traffic whenever the president visits Mar-a-Lago.

According to the outlet, Trump has two house in the neighborhood next door to each other. 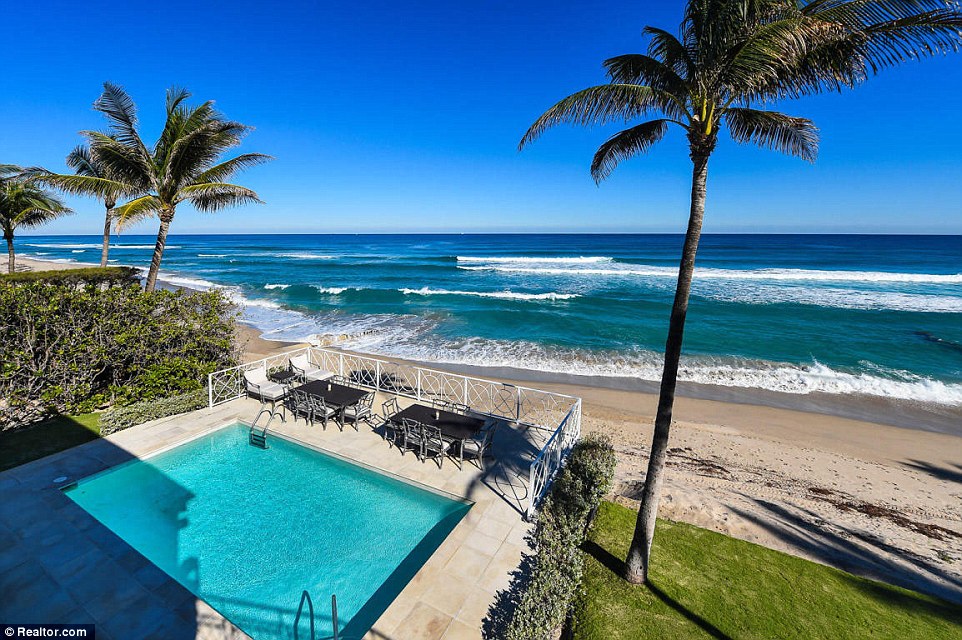 Outside there’s a large backyard in-ground swimming pool, an balcony with a view of the ocean and a patio 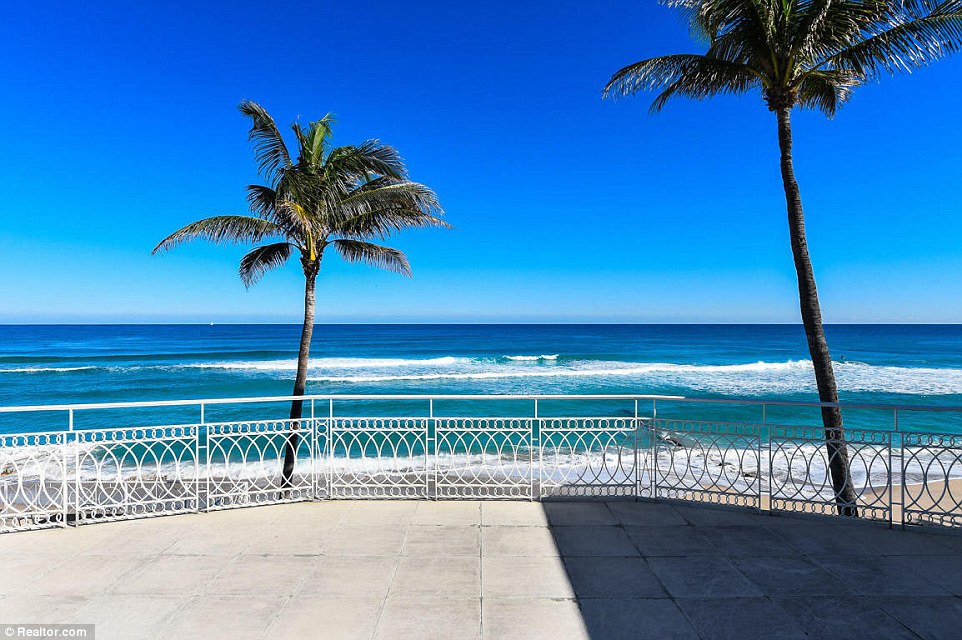 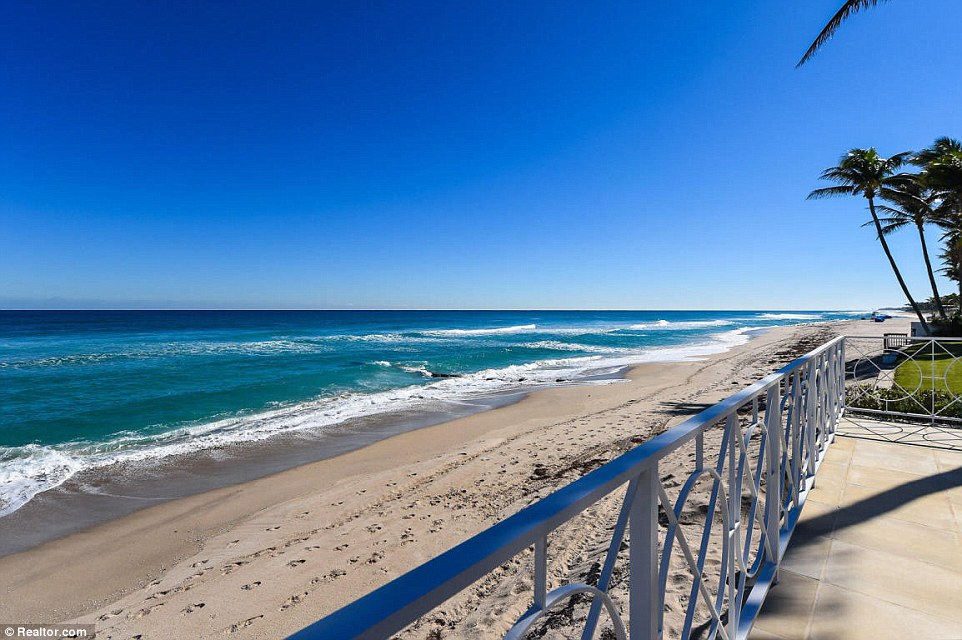 The home is located near Mar-a-Lago, where President Trump often visits Barry purchased the beachfront property in 2004 for $11.5million 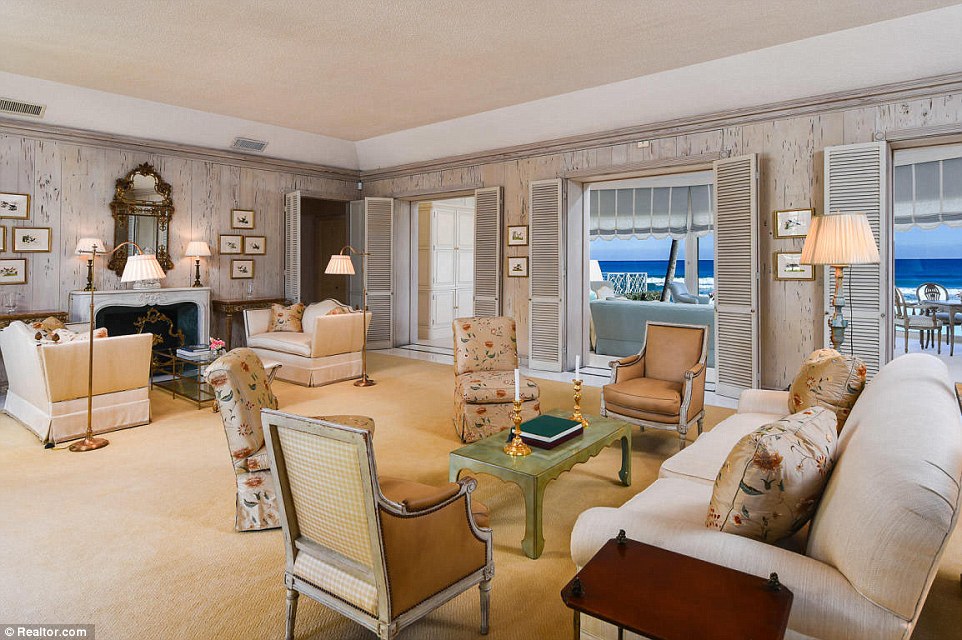 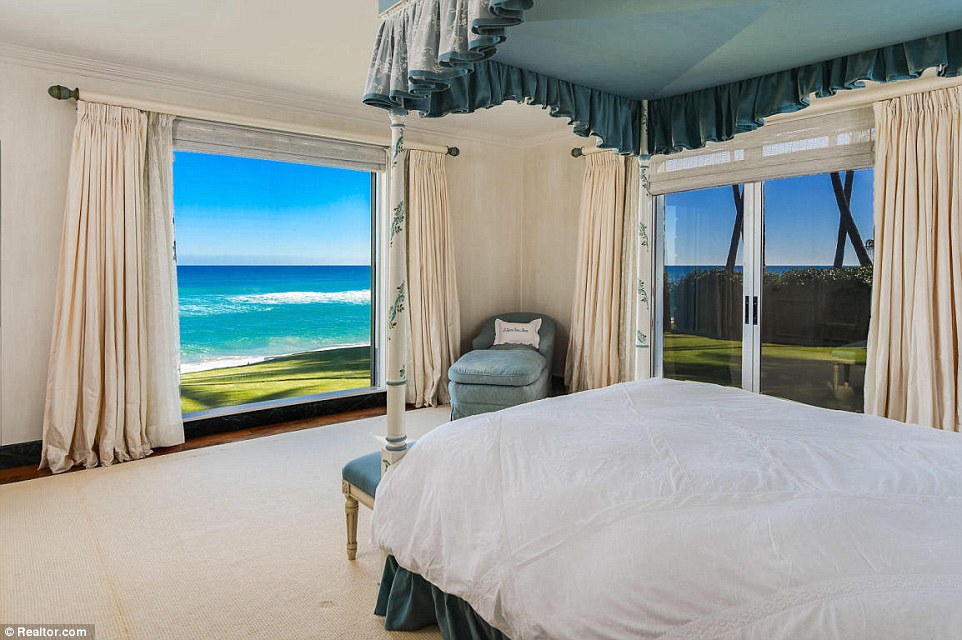 One of the bedrooms in the Pam Beach house, which has a clear view of the ocean 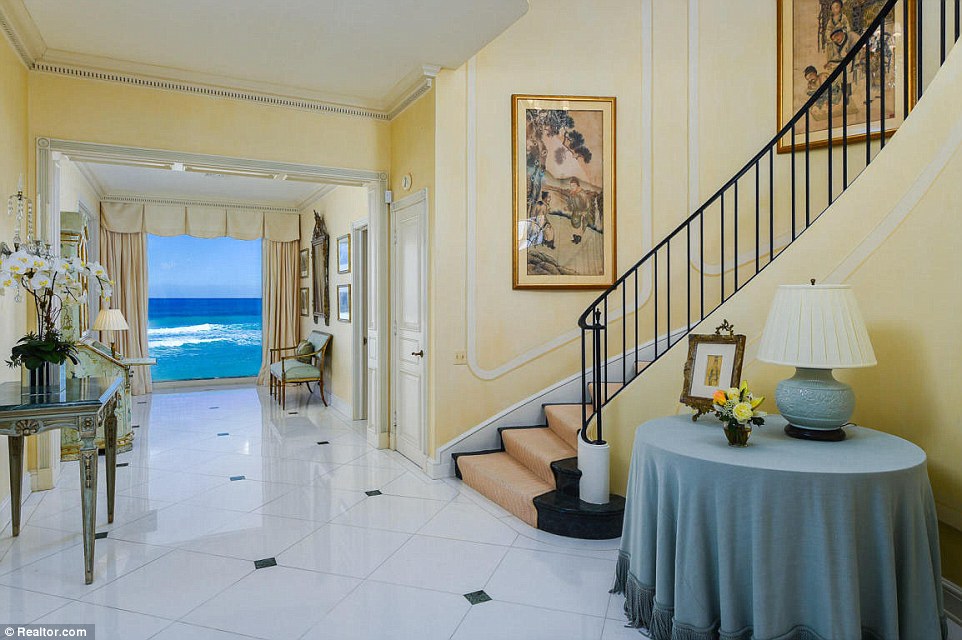 The entrance to the home, which also has a view of the oceanfront

Weeks after his inauguration in 2017, he transferred ownership of the homes from his name into corporate entities.

POTUS also owned a house at 125 Woodbridge Road but he sold it to Barry in 2002 for $1.7million. She and her son, David Desmond, combined the Woodbridge property with the lot next door, razed the two houses and then built a new residence.

Desmond lived in the home with his wife, Lisa Aitken, until he sold it in 2015 for $8.9million.

Trump’s other sister, Elizabeth Trump Grau, also has a home on Woodbridge Road. 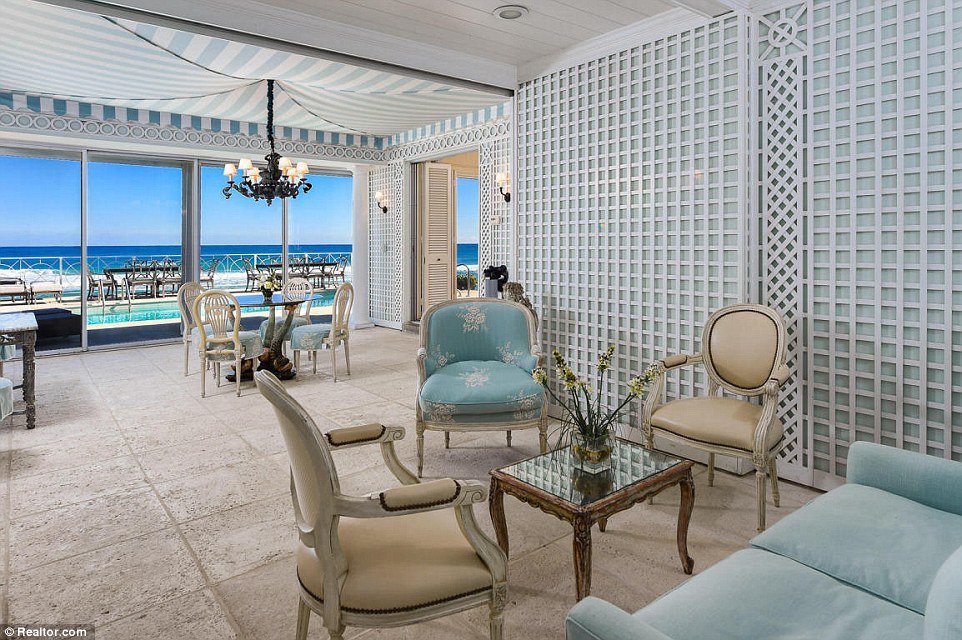 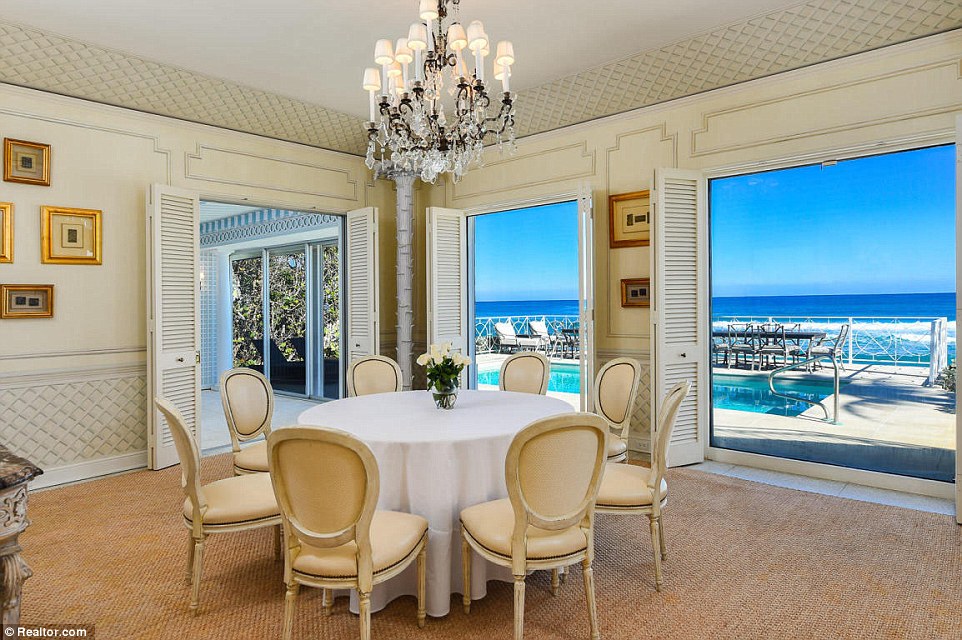 Barry, who owns the home, was a senior circuit judge of the US Court of Appeals for the Third Circuit in Philadelphia 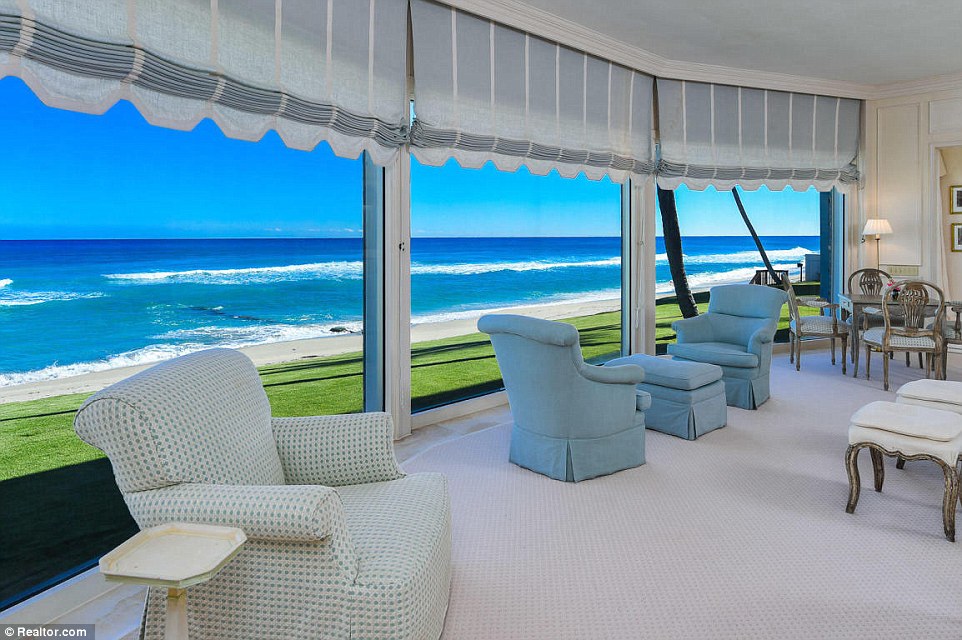 Barry used to own another home in the neighborhood. In 2002, she bought a home on Woodbridge Road from her brother for $1.7million. Pictured is one of the rooms in Barry’s S Ocean home 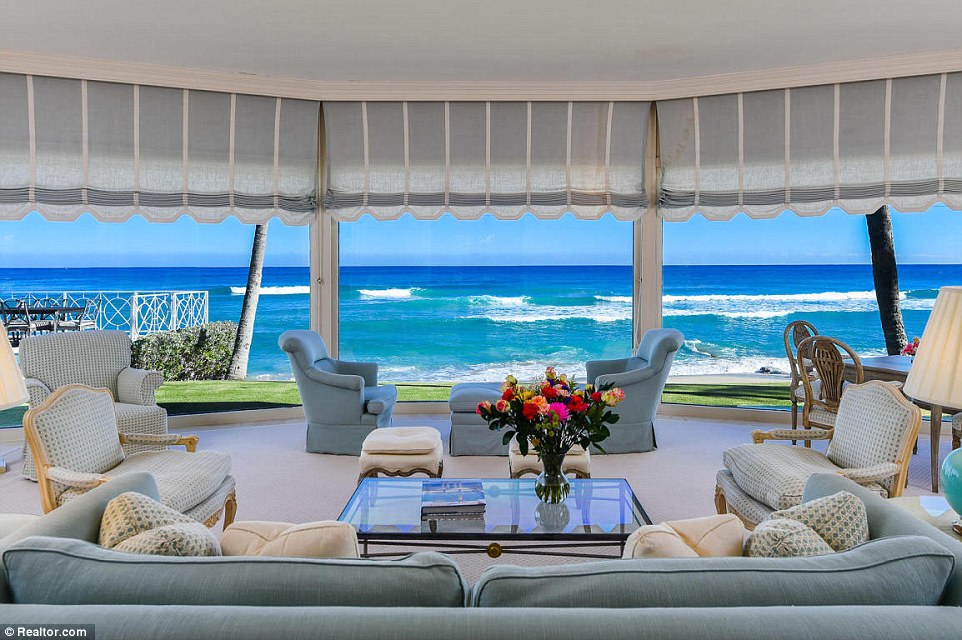 Pictured is a large room in the Palm Beach, Florida home with a three-window view of the wate