Preston appoint Ryan Lowe as their new manager after axing Frank McAvoy with Steven Schumacher, his former No 2, to stay on at Plymouth and become their new boss

Ryan Lowe has been appointed as the new manager of Championship side Preston North End after resigning from his post at Plymouth Argyle.

The 43-year old had a clause in his contract which allowed him to speak to clubs in higher divisions once any approach was made and terms were swiftly agreed on Tuesday morning.

Lowe has built a strong reputation as a coach following successful spells at Bury and now Plymouth Argyle.

Preston wanted someone who can motivate their players and bring an attacking style to challenge for promotion.

Following his appointment, Lowe said: ‘It’s a privilege. Preston North End, a North West club and a fantastic fanbase which we will get back on side.

‘It’s got some fantastic players, it’s steeped in history and we want to bring some history back to the football club.

‘We want to play an exciting style of football that will excite these fans.’

Lowe will bring in vastly experienced former Liverpool midfielder Mike Marsh as his assistant while his previous number two, Steven Schumacher, 37, has remained at League One Plymouth to become their new manager. 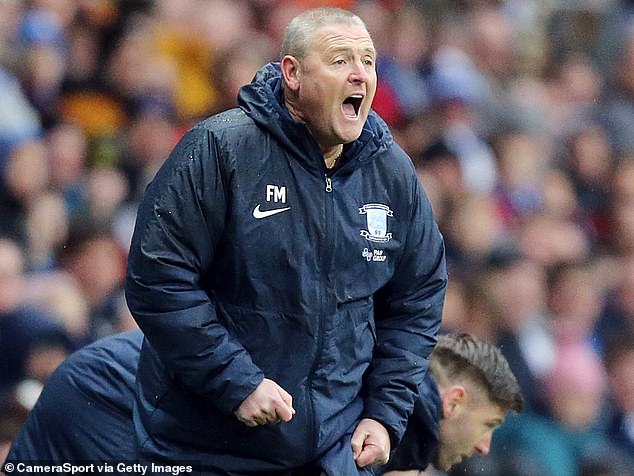 Schumacher’s first game in charge will be at MK Dons on Wednesday night.

Lowe succeeds Frank McAvoy who Preston sacked as head coach on Monday. His first game as Preston boss will be against Barnsley.

Lowe’s pending departure was the topic of conversation for Plymouth players as they prepared for training on Tuesday morning.

The 43-year old has led them to fourth in League One and a place in the FA Cup third round.

McAvoy, who replaced Alex Neil earlier in the year, took training on Monday morning before being informed of Preston’s decision with the club 18th in the table.