Pretty Little Thing has apologised after it was called out for selling t-shirts that look strikingly similar to ones created by an independent British label.

The fast fashion retailer sold three different designs that looked like ones created by smaller brand Do Not Subverge (DNS), which launched in February.

DNS co-founder Sean Hagan, 23, publicly critcised PLT for replicating its designs in an Instagram post, saying he felt as though they had become a ‘cog in the fast fashion wheel’.

After DNS highlighted the similarities on Instagram, a senior Pretty Little Thing employee apologised to DNS co-founder Harvey Diack in a message and confirmed the T-shirts had been removed from sale. 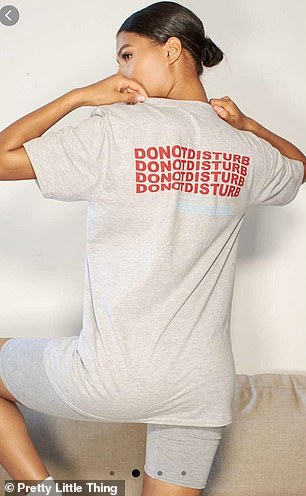 Major fashion brand Pretty Little Thing (PLT) has apologised after selling £10 T-shirts with designs that look similar to independent brand Do Not Subverge (DNS). Pictured left: DNS’s original design and right, the apparent copy which was listed on PLT’s website 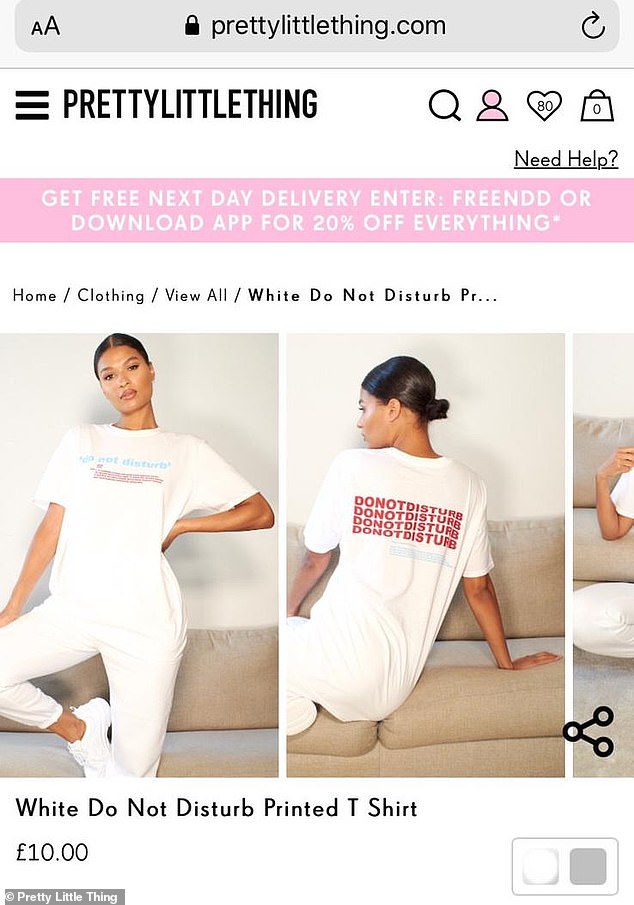 Their message read: ‘Thank you for bringing this to my attention. I can only apologise on behalf of myself and the brand. Just to let you know we have disabled this from the website and it will no longer be available to purchase.’

Pretty Little Thing is owned by Boohoo, which is currently embroiled in allegations of ‘modern slavery and human trafficking’ and of not providing workers with protection against coronavirus.

Mr Hagan told FEMAIL he was told by a friend about Pretty Little Thing’s eye-catchingly similar designs last week after they were spotted for sale on the firm’s website.

He told FEMAIL his version of the t-shirts cost £20 to make and are sold for £45 each. They have already been modelled by celebrities including footballers Dele Alli and Ben Chilwell, as well as influencer Georgia May Heath.

Having looked themselves, Mr Hagan said he and Mr Diack discovered Pretty Little Thing was in fact selling three T-shirts with designs remarkably alike to their brand’s. 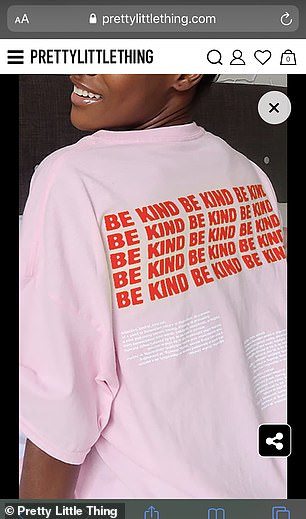 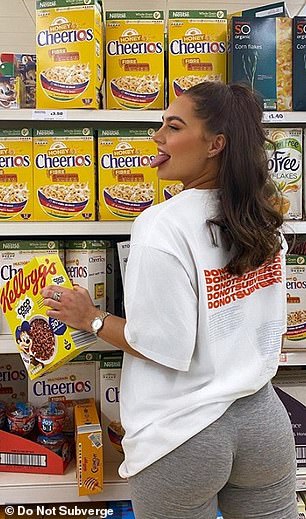 Another back design (left) used the same red text but with a repetition of ‘Be Kind’ instead of ‘Do Not Subverge’, as seen on the original (right) 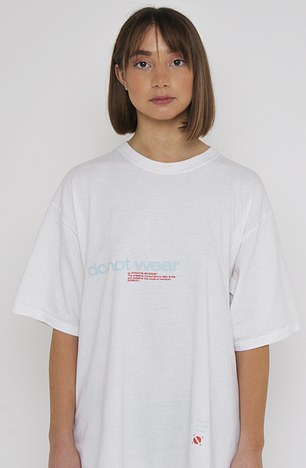 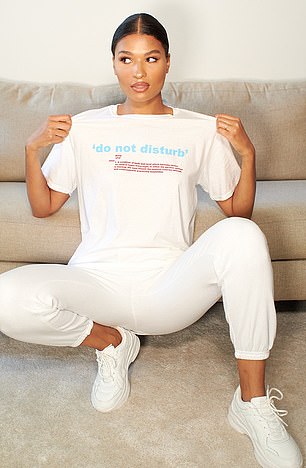 ‘One of our friends messaged us shocked and sent us an image of the T-shirt and we were like “wow”, and then we went on there and found they had done two others.

‘It’s all based off of one of our designs – they’ve made three different products from it.’

Screenshots from before the PLT site listings were removed show one model wearing a T-shirt with ‘Do Not Disturb’ in wavy red text emblazoned on the back – an almost identical design to DNS’s.

Another back design used the same red text but with repetition of the phrase ‘Be Kind’ instead of ‘Do Not Subverge’. 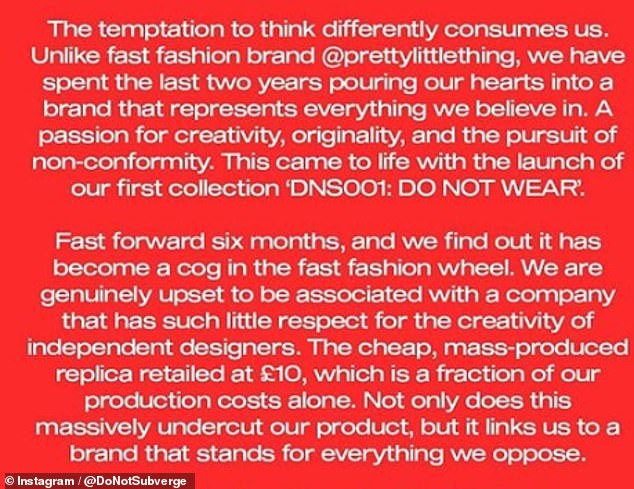 After DNS highlighted the similarities on Instagram, a senior Pretty Little Thing employee apologised to its co-founder Harvey Diack in a message. Pictured: DNS’s Instagram post

After they were made aware of the alleged copying, Mr Hagan and Mr Diack criticised Pretty Little Thing in a post on Do Not Subverge’s Instagram account.

They said their designs had become a ‘cog in the fast fashion wheel’ and were upset at becoming associated with a firm which ‘has such little respect for the creativity of independent designers’.

They added: ‘The cheap, mass-produced replica retailed at £10, which is a fraction of our production costs alone. Not only does this massively undercut our product, but it links us to a brand that stands for everything we oppose.’

Mr Hagan, who studied graphic design at Nottingham Trent university before starting his company, told FEMAIL that he uses a ‘local’ printing firm in Greenwich, South London, to produce the T-shirts. 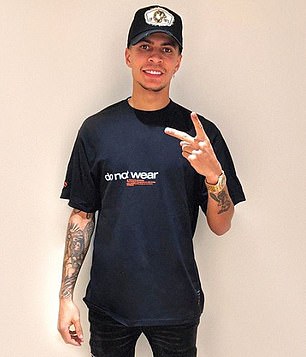 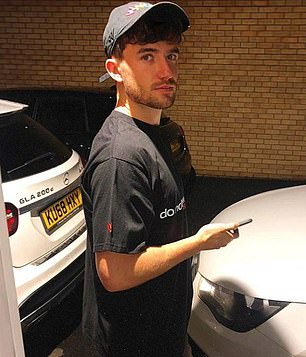 Although Do Not Subverge has only sold around 130 T-shirts since its February launch, the firm’s designs have been modelled by celebrities and influencers who Mr Diack is friends with. Pictured: England internationals Dele Alli (left) and Ben Chilwell (right) wearing the T-shirts 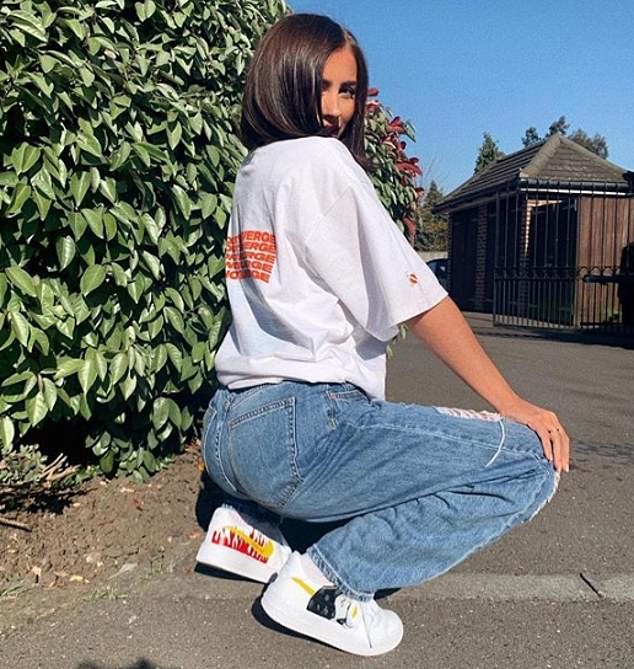 Georgia May Heath, who has nearly 200,000 followers on Instagram, has modelled DNS’s T-shirts

He added that he and his business partner had spent ‘a long time’ testing the T-shirt used for the designs to ensure it was of ‘the best quality’.

‘It’s definitely not cheap. It costs double what they were selling it for. For us, after production cost and postage, it is £21,’ Mr Hagan explained.

Mr Hagan said he is now worried that the upcoming launch of his company’s new collection, which uses the same back design as those mentioned above, could be harmed by the connection with Pretty Little Thing.

‘It devalues our premium product, they sell theirs for £10 and we can’t even make them for that,’ he said. ‘People might now go on the website and see they’re £45 and not want to pay. [But] we have got high quality materials and good design.

‘I don’t want people to now think that our idea is on their level when it is far superior. It has a lot of creativity and thought behind it.’

Although Do Not Subverge has only sold around 130 T-shirts since its February launch, the firm’s designs have been modelled by celebrities and influencers who Mr Diack is friends with. 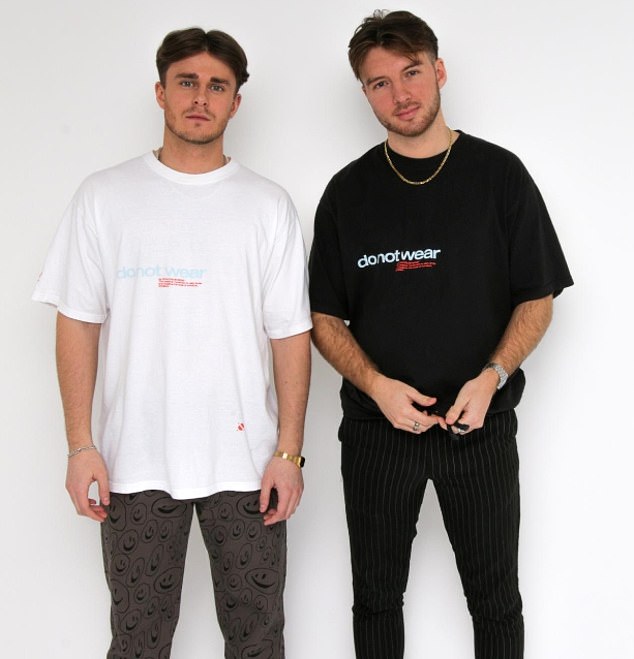 Mr Hagan told FEMAIL he believes Pretty Little Thing became aware of the designs after seeing pictures of the likes of Dele Alli and Ben Chilwell wearing them.

Mr Hagan said he wants Pretty Little Thing to compensate his firm for the money they made from the designs and for what he said was the ‘damage’ to his brand.

When approached by FEMAIL, PLT confirmed the T-shirts had been removed from its site and that the images can no longer be found on Google.

In May, Umar sold his stake in Pretty Little Thing to his father in a deal worth £324million.

Earlier this month, Boohoo was engulfed by allegations it was using sweatshops in Leicester to produce cheap clothing during the coronavirus pandemic.

The Sunday Times reported allegations that workers in a factory which makes clothes for Boohoo brand Nasty Gal were being paid as little as £3.50 an hour and operating without social distancing measures in place.

And an employee at Faiza Fashion – a factory allegedly producing clothes for Boohoo and Pretty Little Thing – told how the factory did not provided its workers with face masks or gloves.