Vijay Kumar, 35, was performing a ritual which would see him run over a strip of burning embers while holding a sword.

However, half-way through his run, he he lost his footing and fell front-first onto the burning coals. 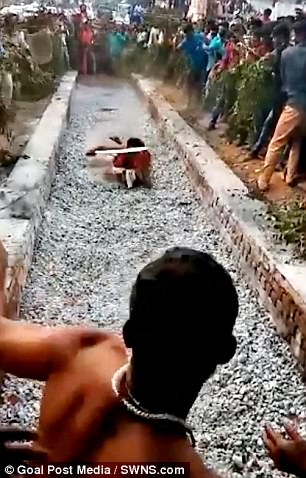 Video footage sees him get past the half-way mark of the 15ft. long burning ember runway before tumbling.

Two fellow priests standing at the end of the red hot runway are seen jumping in and dragging him to safety. 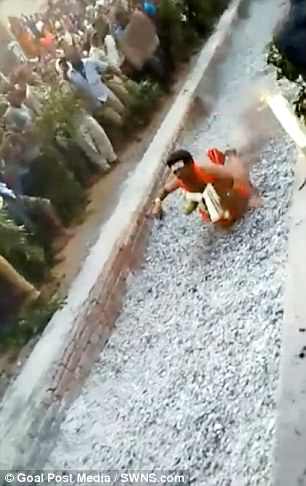 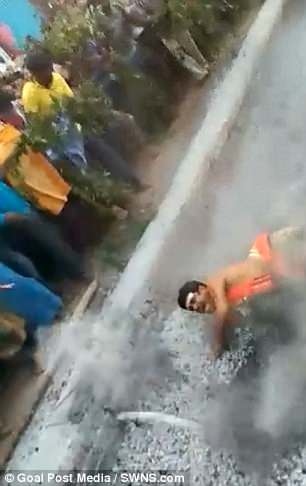 That’s gotta hurt: The 35-year-old priest at a Sri Revanasiddeshwara temple in Ramanagara district of Karnataka, can be seen yelling in pain as he falls on the coals 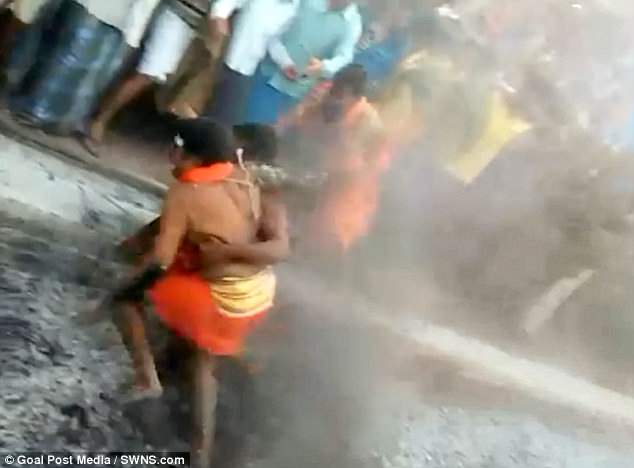 Aid: Other priests run onto the coals to help Mr Kumar off the burning runway 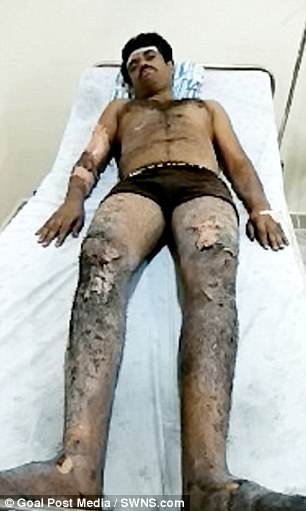 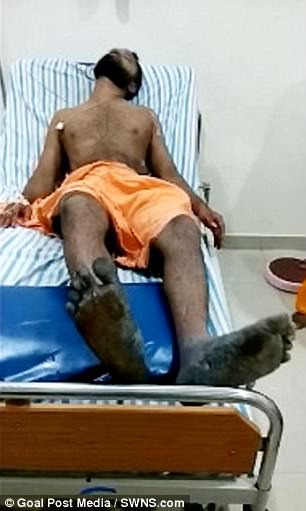 All three were taken to St. John’s Medical College Hospital in Bengaluru, where Mr Kumar was treated for 60 per cent burns to his legs.

His rescuers  – which included his brother – suffered 15 – 20 per cent burns after the accident.

The path of fiery coals is prepared the day before the festival, by burning wooden logs.

The temple is located atop a hill about 3,000 ft above sea level and is considered sacred by Shaiva followers.