Alexandra Meister loved to dance and perform for others.

But at only nine years old, the dancer took off her fake eyelashes after a performance and realized she liked the sensation of pulling out her hair.

The now-27-year-old found herself pulling out her eyelashes, eyebrows and hair at the base of her scalp whenever she was stressed or anxious.

At 14, she went to a clinical psychologist who diagnosed Alexandra with trichotillomania, known as trich.

Trich is a body-focused repetitive behavior and one to two percent of the population suffer from the disorder.

Alexandra now performs with the Nashville Ballet in Tennessee but still struggles every day with the underlying urge to pull her out when anxious or upset.

She spoke with Daily Mail Online about how she has fought the disorder and why talking about her own disorder has helped her help others.

Alexandra Meister, 27, (right) has struggled with trichotillomania since she was nine years old. The disorder causes her to want to pull her hair out. She has been able to overcome the disorder with a strong support system and being open about it 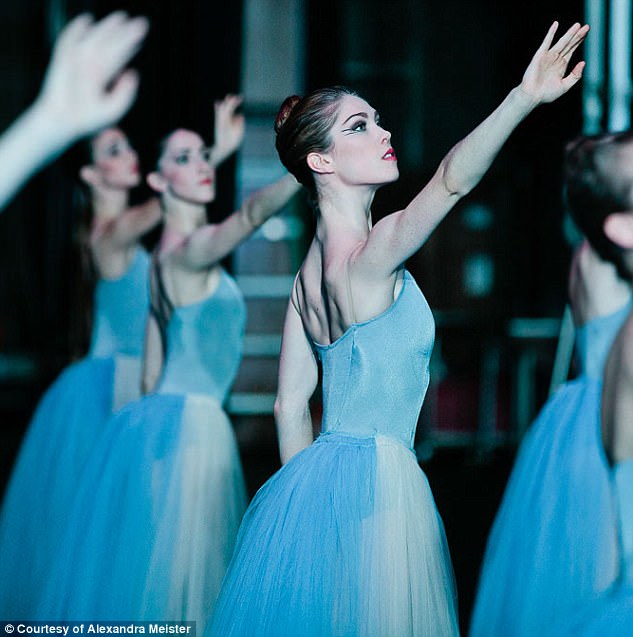 Alexandra (middle) told her mother about her disorder after trying to hide it for five years. She was diagnosed when she was 14 years old after visiting a child psychologist. This is her performing in Serenade with her company

Alexandra secretly pulled out her eyebrows and eyelashes for five years until she told her mother about her compulsive behavior.

‘I liked how it felt,’ Alexandra said. ‘It hurt, but it felt good.’

Her mother started to notice missing patches in her eyelashes and eyebrows, but Alexandra always had an excuse for why they were missing.

But one day she called her mother crying saying she was unable to stop pulling out her hair.

What is trichotillomania and how

Trichotillomania, or trich, is a body-focused repetitive behavior where the person feels the urge to pull out their own hair.

They can target any area on their body with hair, but typically they pull out their eyebrows, eyelashes and scalp.

Trich occurs more frequently in females, but one to two percent of the population suffers from it.

For some, the disorder might come and go for days, weeks or even years.

The disorder typically develops in people aged nine to 13.

There are two options for treatment for people with this disorder: therapy and medication.

People can participate in therapy to help recognize when they feel the need to pull their hair.

This behavior therapy helps patients recognize the signs and then alter their response.

Medication is a temporary treatment.

It helps to reduce depression and obsessive-compulsive symptoms associated with the disorder.

‘At that point, she took me to see a child psychologist,’ Alexandra said.

She visited one at the age of 14 in her hometown of Aurora, Ohio.

That was when she was first told about trichotillomania and how it influenced her to pull out her own hair.

Trich occurs more frequently in females and typically develops when a child is between the ages of nine and 13.

The body-focused repetitive behavior is a mental disorder where the person feels better after pulling out the hair on their body.

It is similar to people who feel the compulsion bite their skin, nails or tongue.

‘It tends to happen when I’m stressed or anxious,’ Alexandra said.

Her child psychologist helped her come to terms of her disorder and create exercises to control her anxiety.

With the help of family support and her therapist, Alexandra found she was pulling out her hair less frequently.

These included using a stress ball and finding other ways to keep her hands busy.

Alexandra joined the Nashville Ballet after she graduated from high school.

The ballerina started to experience a heightened frequency of her disorder again during her second season with the company when she was 19 years old.

‘It’s a cycle,’ Alexandra said. ‘Then you get anxious for doing it and you get upset at yourself.’

Alexandra has a small bald spot on the back of her head from when she first started pulling out her hair.

This area causes her anxiety when she wears her hair down because she doesn’t want people to notice the spot. 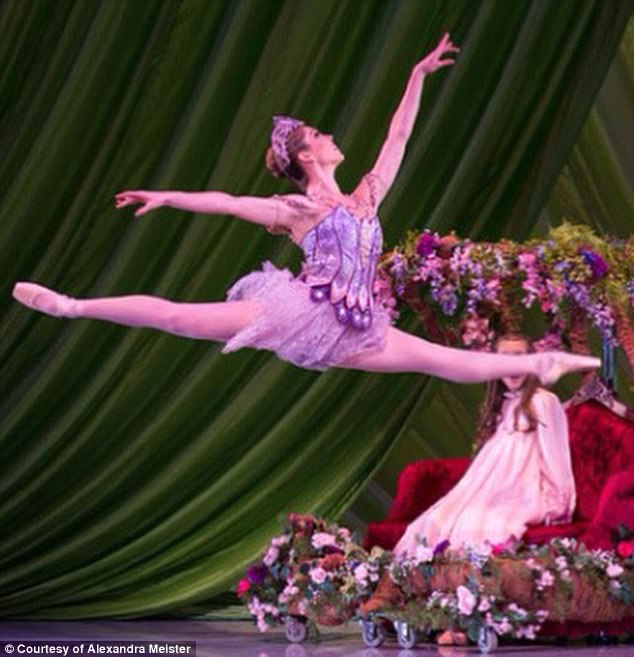 The ballerina dances professionally for the Nashville Ballet. She saw an increase in her urge to pull her hair out during her second year with the company. The dancer prefers to have her hair up in a bun because it helps her not touch her hair. She was the Lilac Fairy in Sleeping Beauty 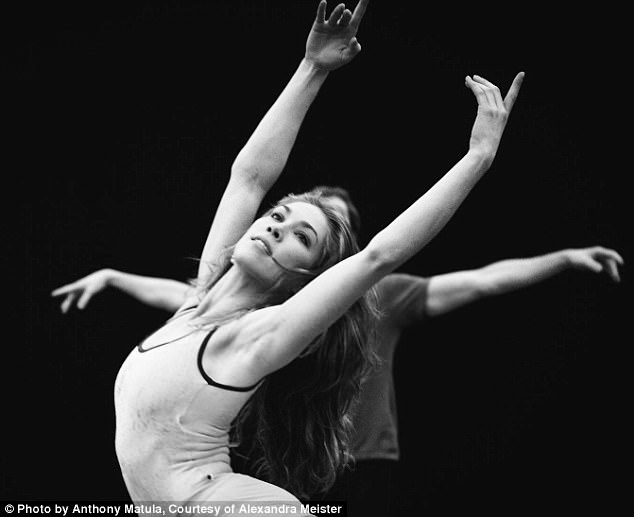 She has a bald spot on the top of her scalp where she used to pull her hair when she was younger. Alexandra used to be anxious about that area, but as she has gotten older she has gotten more comfortable with it

But that anxiety has lessened as she gets older.

She typically wears her hair up to prevent herself from pulling at her hair.

At first, she was afraid to tell anyone about her disorder because of how they would perceive her after.

It’s actually not a character flaw. It makes me stronger

‘I always thought that this was a character flaw,’ Alexandra said. ‘Something that would affect my career or my dancing.’

Her disorder has gotten more manageable since she opened up to others around her.

Alexandra first told her two roommates in Nashville about it.

‘They were very sweet and very understanding,’ she said. ‘When I started telling people it didn’t seem as scary.’

This led her to open up to most of her company so they too could understand her struggle.

‘It’s actually not a character flaw,’ Alexandra said. ‘It makes me stronger.’

She wants others who struggle from mental disorders to feel like it is acceptable to talk about their own struggles.

‘This is what I have to deal with and that’s OK,’ Alexandra said. 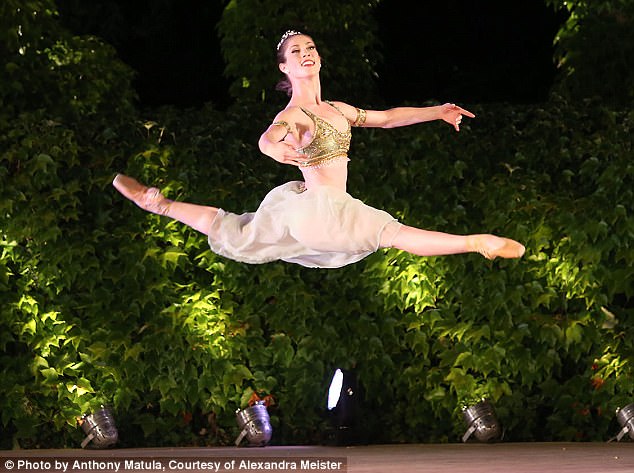 Alexandra opened up to her company about her disorder and found everyone to be very accepting. She wants others to feel comfortable talking about their own anxiety problems. This is her competing in the Varna International Ballet Competition in Bulgaria in July 2016