Primary school students were subjected to explicit pornography after a hacker entered an online lesson.

Year 5 students at Emmanuel Catholic Primary School in Mackay, Queensland, were taking part in an online Zoom class when the uninvited guest joined the lesson.

The hacker was displayed pornography on two occasions before teachers were able to shut down the online classes, Seven News reported.

The school contacted Queensland Police to report the incident.

‘The school’s security measures have been reviewed to enable future online lessons to occur,’ he said.

‘The principal of the school indicated to students, parents and teachers that every effort is being made to ensure that students can return to their online learning program.’

Queensland Police are investigating the incident and the source of the cyber attacks.

‘We ourselves need to be mindful these things happen and try and put our settings to the highest possible security,’ she said.

On April 22 Zoom announced new ‘robust changes’ to its security.

Zoom CEO Eric S. Yuan said the changes to the privacy policy were part of a 90-day plan to ‘proactively identify, address, and enhance the security and privacy capabilities’ of its platform.

Zoom CPO Oded Gal said every aspect of the platform was being ‘put through rigorous scrutiny’. 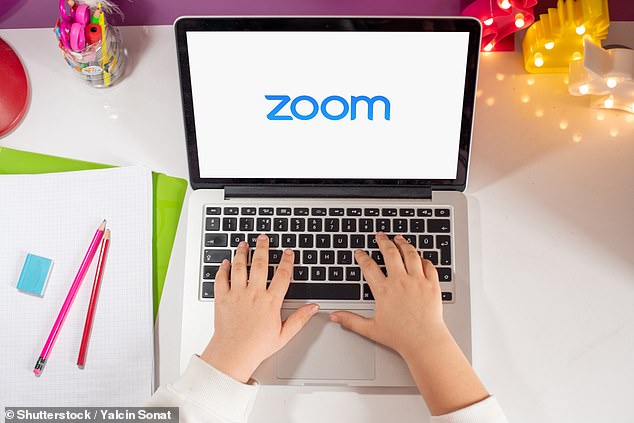