This is the heartwarming moment a monkey who had both arms amputated after being electrocuted from a faulty power line plays in the trees.

Footage shows Jesse the Samango monkey jumping from branch to branch, taking a quick nap and eating his dinner in Haenertsburg, South Africa.

The plucky monkey also hangs upside down by his feet, runs along the ground and peers out at his surroundings.

Jesse the Samango monkey peers at his surroundings as he sits on a tree in Haenertsburg, South Africa 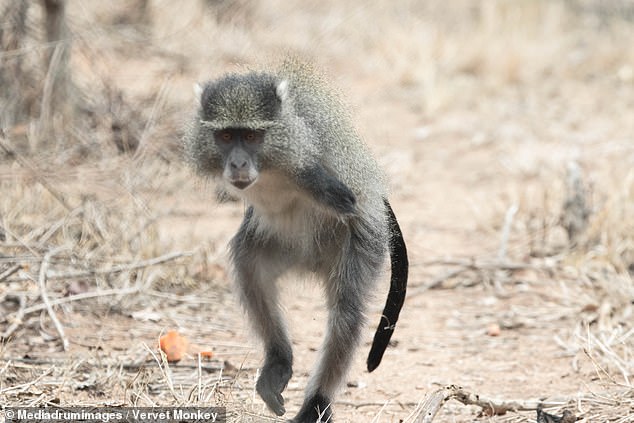 The monkey, who had his arms amputated after being electrocuted, happily runs around

Jesse was rescued by The Vervet Monkey Foundation in South Africa after being electrocuted and finding his way into an elderly woman’s apartment.

Kyle Salazar, Magic Monkey CEO, said: ‘Jesse, like so many others was an emergency call from the nearby town of Haenertsburg.

‘It seemed that he had been electrocuted by a faulty power line up in the mountains and had found his way into an elderly lady’s flat where he was stuck and confused. 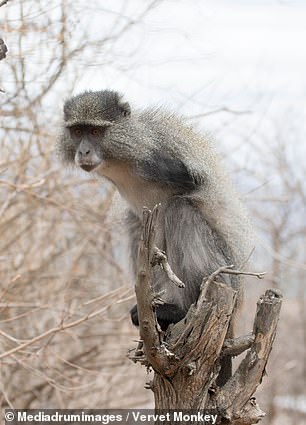 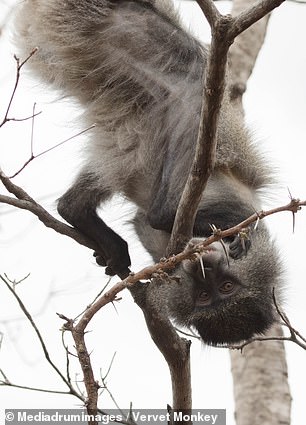 Mr Salazar said: ‘After Jesse was rescued they took him to a local vet who assessed his injuries and decided the best course of action would be to amputate his arms.

‘His right arm was completely removed, while his left was amputated just above the elbow.’

The Samango monkey is an Old World monkey found between Ethiopia and South Africa, including south and east Democratic Republic of Congo.

Kyle said: ‘Obviously life is more difficult with no arms. 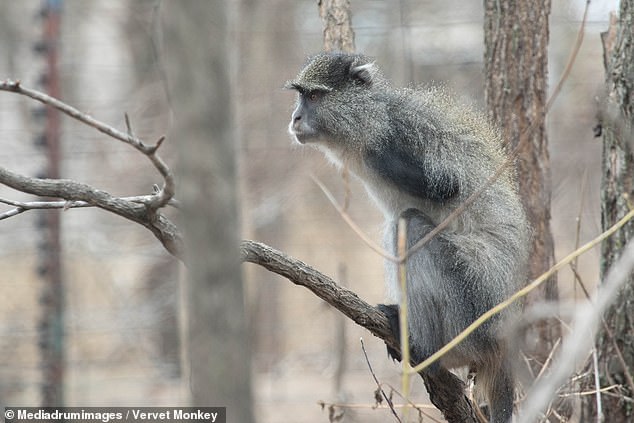 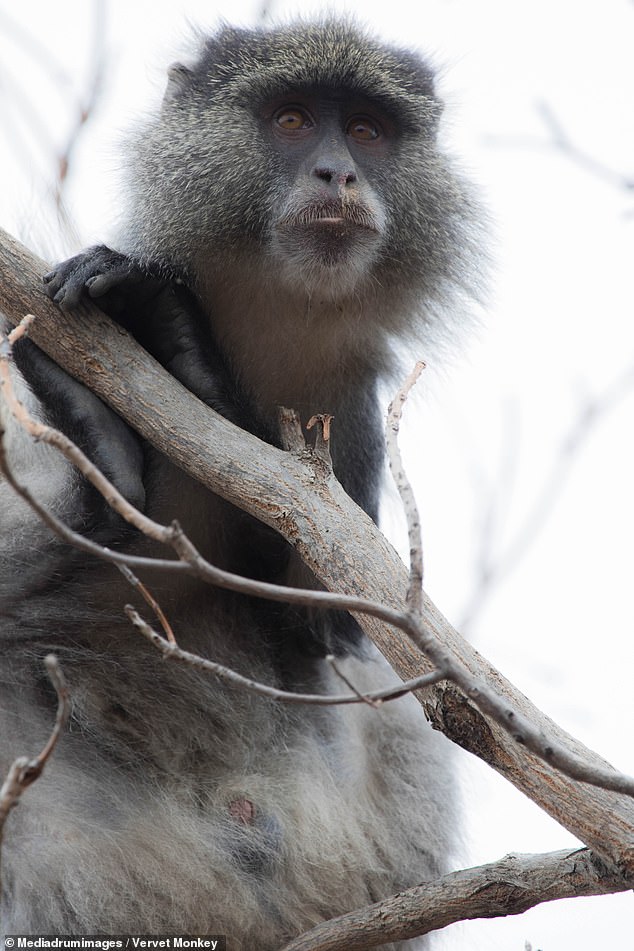 ‘But Jesse gets by incredibly well. Samango’s are very versatile creatures and they acclimate very quickly to whatever injuries are thrown in their path.

‘Jesse doesn’t seem to be held back by his injuries, he eats well, runs around standing upright, he climbs to the tops of the highest trees in his enclosure and even plays with the juvenile Samango named Mango.

‘The other monkeys don’t care, and probably don’t really notice. We have a lot of handicapped monkeys at the VMF, from amputees to blind monkeys to ones with mental traumas and they are all treated normal by the rest of the monkeys.

‘As long as they can get by and hold their own they are readily accepted into troop life.’ 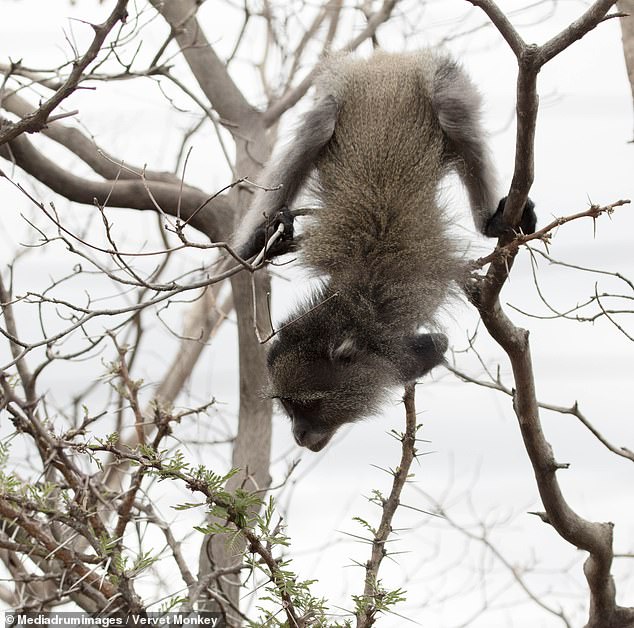 The plucky monkey hangs upside down from a tree in his enclosure. Jesse has adapted well to his injuries