Prime Minister Scott Morrison has blasted a fundamentalist Muslim leader for suggesting he was to blame for Melbourne’s terrorist atrocity.

Sheikh Mohammed Omran, the spiritual leader of the hardline Hume Islamic Youth Centre, argued the Prime Minister had to be held responsible for the failure of the police to prevent Friday afternoon’s knife rampage on Bourke Street in the city.

Responding to Sheikh Omran’s claims, Mr Morrison said that as a Pentescostal Christian, leaders of his church community would be aware of a preacher failing to properly teach the Gospel.

Standing outside Melbourne’s Pellegrini Expresso Bar, where co-owner Sisto Malaspina was stabbed to death, the Prime Minister argued Muslim leaders needed to be accountable for youths being radicalised in their mosque.

‘Now this is an assault on these communities, I should stress,’ he told reporters on Tuesday.

‘I’m standing up for the integrity of their communities and want to work closely with religious leaders and others in the community to ensure that they don’t allow these wolves in. 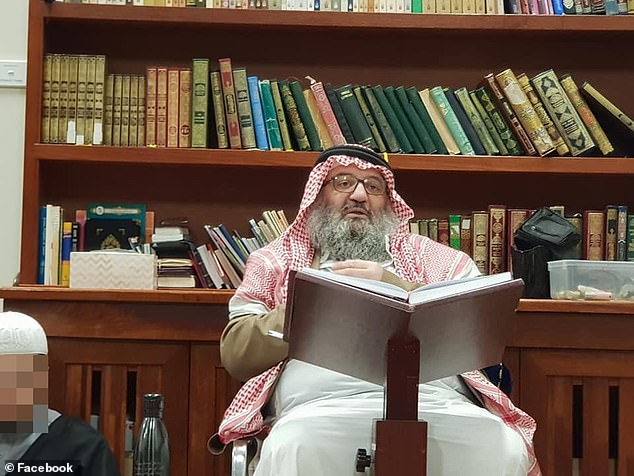 Sheikh Mohammed Omran (pictured), the spiritual leader of the hardline Hume Islamic Youth Centre, argued the PM had to be held responsible for the Bourke Street terrorist attack

‘These wolves will take advantage of vulnerable people.’

He was responding after Sheikh Omran – who preaches a Salafist, seventh-century version of Islam funded by Saudi Arabian interests – told The Australian the terrorist from his mosque was on a watch list.

‘So what did they do? Nothing,’ he said. 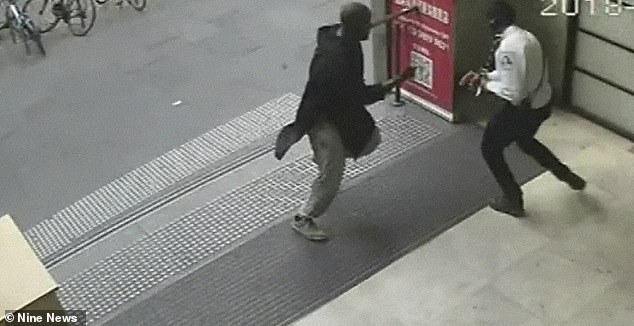 The leader of the mosque that has radicalised several young men argued the ‘bloody Prime Minister’ was responsible for the Bourke Street stabbing frenzy that left one man dead and two others injured.

‘Instead of turning the heat on somebody else, he should answer us about what he did,’ Sheikh Omran said.

‘He has spent billions of dollars — billions — on security service. And what is the end result? We have crazy people in the street.’

Melbourne teenager Jake Bilardi had reportedly visited the mosque before he became a suicide bomber in Iraq in 2015.

Three other men who had been through its doors were charged in 2016 with plotting a Christmas Day terrorist attack in Melbourne.