The farce over the investigation of the plot to murder Jeremy Thorpe’s ex-lover deepened last night when the prime suspect appeared to be off the hook.

Police had rushed to the home of Andrew ‘Gino’ Newton, 71, at the weekend after admitting he was not in fact dead – only to discover that he had vanished.

Now it has emerged that he has been told by officers that they have no interest in reinvestigating his role in the scandal and that they are confident there is ‘no basis’ for a fresh inquiry.

Police claimed to have contacted the accomplished pilot, whose whereabouts are unknown, as his girlfriend joked that he could be on the run on ‘the other side of Paris’. 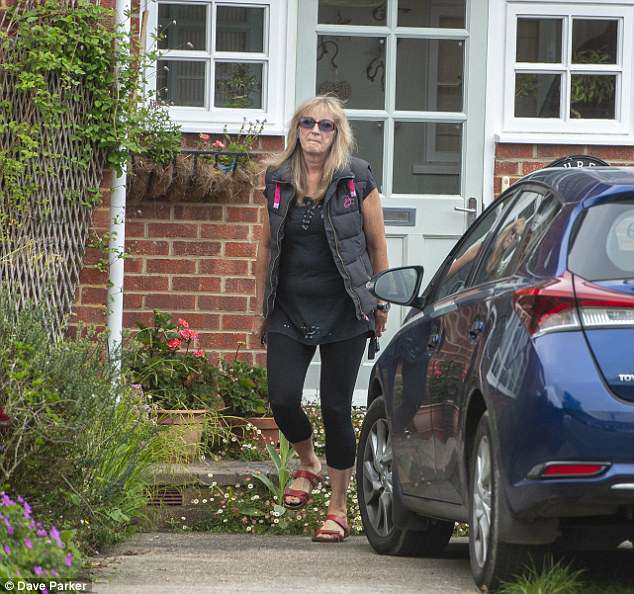 Patsy Frankham, pictured leaving her Dorking home, is the partner of Andrew Newton who police are searching for in connection with the attempted assassination of Jeremy Thorpe’s gay lover Norman Scott

Fellow aviators said they did not know the location of his Italian-registered motor glider plane, which can travel up to 600 miles on a tank of fuel.

Gwent Police said it spoke to Newton, now known as Hann Redwin, to ‘confirm his status and whereabouts’ and that he was ‘unable to provide any additional evidence’.

The force appeared to be scrambling to shut down an extraordinary farce in which reality and fiction in the form of a BBC TV drama collided.

Newton was at the centre of a police inquiry after he was accused of attempting to kill Thorpe’s ex-lover Norman Scott, 78, in a conspiracy orchestrated by the former Liberal leader in 1975.

After Thorpe’s death in 2014, west London petty crook Dennis Meighan said he dropped out of the role of gunman in the £140,000 plot and that Newton took his place. Newton was later convicted of shooting Mr Scott’s dog Rinka. Mr Scott said he escaped only when the gun jammed.

But officers from Gwent Police concluded Newton was dead and the Crown Prosecution Service ruled that no further action could be taken. 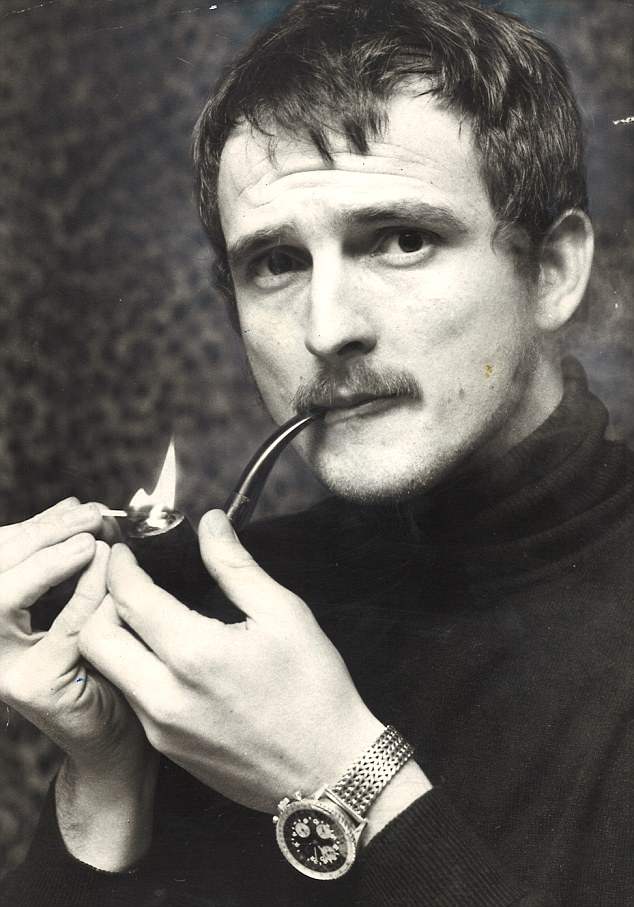 Yet at the weekend it was revealed that he is alive and living under a new identity in Surrey as the final episode of A Very English Scandal, starring Hugh Grant as Thorpe, was broadcast.

Last night, the south Wales force insisted the matter remains closed and it will not interview Newton.

Gwent Police said its year-long inquiry focused narrowly on whether police acted corruptly to conceal Thorpe’s role in the scandal.

A spokesman added: ‘Having confirmed his status and whereabouts, officers from Gwent Police spoke to Mr Redwin, who is unable to provide any additional evidence to that which has already been obtained in the original inquiry.

‘As Mr Redwin’s evidence has already been considered by the CPS prior to this matter being closed, Gwent Police is satisfied there is no basis to re-refer the matter to the CPS and the investigation remains closed.

‘We would like to clarify that at no point has it re-opened the original Jeremy Thorpe investigation.’

The police are understood to have based their assessment that Newton was dead on data compiled by a private anti-fraud company. The firm has amassed details of more than 10million deaths that it makes available to public agencies, police and private subscribers. According to its records, Newton, under his new name Hann Redwin, was registered as dead on May 8, 2004. However, no death certificate was ever filed.

If police had Googled his name, they would have discovered evidence of him flying at Redhill aerodrome and posing for photos during a London fetish convention.

Speaking at his £1.3million medieval farmhouse on the edge of Dartmoor, Mr Scott said the matter is in the hands of his lawyers.

Asked whether he would complain to the independent police watchdog, he replied: ‘I am well aware of what I need to do.’

He has told friends he is convinced there was a ‘conspiracy to murder’ and he must ‘see it through’ to ensure the truth comes out.

At Redwin’s home near Dorking, his 61-year-old partner Patricia Frankham made light of the extraordinary developments. She said: ‘Mr Redwin does not live here. I live here on my own and he remains a good friend. He’s probably the other side of Paris by now.’

She apologised to police whose knock on her door on Sunday went unanswered, saying: ‘I was out.’

She added: ‘This story is 40 years old – it didn’t happen last night. I actually fell asleep through that programme – it was so boring.’

‘This is a TV programme that’s just gone stupid. My life is usually much more quiet, but I’m willing to sell my life story for £500,000.’