By Sophie Huskisson For The Daily Mail

Prince and Princess Michael of Kent are to retire – after a dramatic royal career filled with allegations of racism, suspected Russian links and rows over their palace rent.

It comes just months after Prince Michael, the Queen’s first cousin and a fluent Russian speaker with a lineage to Tsar Nicholas II, was forced to sever his ties to Russia after its invasion of Ukraine.

He stepped down as patron of the Russo-British Chamber of Commerce, and handed back an Order of Friendship award, one of Russia’s highest honours. 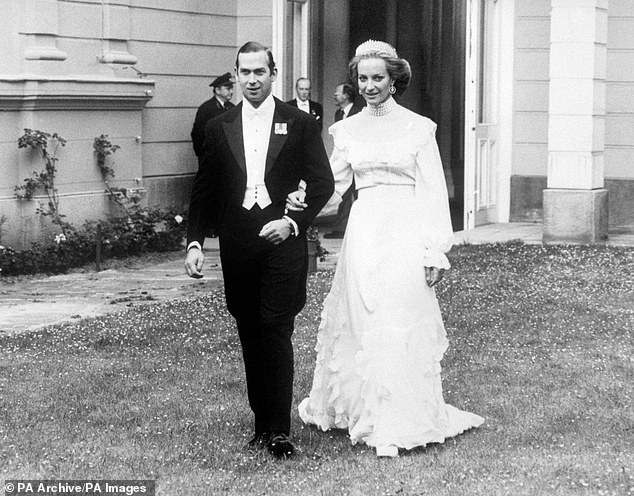 The couple were married in Vienna in 1978, in doing so he forfeited his place in the line of succession to the throne until it was reinstated in 2015

An official announcement in the coming days is expected to say that Prince Michael, who turns 80 next month, and his wife, Marie-Christine, 77, will step down from public life, according to The Daily Telegraph. It is understood the retirement will coincide with the prince’s birthday on July 4.

According to the official Royal Family website, Prince Michael is classified as a ‘non-working royal’ and partakes in more than 200 public engagements for the not-for-profit sector, which are funded by his own household, rather than the taxpayer.

Princess Michael, who is nicknamed ‘Princess Pushy’ in some royal circles, is ‘actively involved in around 45 different charities and organisations’, according to the website, ‘including animal and wildlife trusts and health and welfare charities’.