Prince Andrew and pedophile Jeffrey Epstein ‘had a bitter fall-out’

Prince Andrew and pedophile Jeffrey Epstein had an angry falling out over a picture of them together in Central Park, it has been claimed.

The British royal has come under severe scrutiny over his links to Epstein since new sex trafficking charges were brought against the billionaire earlier this year.

But the new report claims that Andrew’s relationship with Epstein ended in acrimony years before the financier’s suicide in a Manhattan jail last month.

Epstein became furious after a photo of him with the Duke of York was published under the title ‘Prince and Perv’ in February 2011, sources told CNN.

By then, Epstein had already been convicted and imprisoned for sex crimes in Florida and the meeting generated a wave of negative publicity.

Jeffrey Epstein speaks to Prince Andrew in Central Park in December 2010. The publication of the photo and subsequent negative publicity reportedly enraged Epstein

Matters reportedly escalated after Sarah Ferguson, Andrew’s ex-wife, revealed she had accepted £15,000 from Epstein to help pay a personal debt.

The Duchess of York admitted a ‘gigantic error of judgment’ and said: ‘I deeply regret Jeffrey Epstein became involved in any way with me’.

‘I abhor pedophilia and any sexual abuse of children and know that this was a gigantic error of judgment on my behalf,’ she said at the time.

According to the latest report, that prompted Epstein to place a ‘deeply unpleasant’ phone call with Ferguson’s camp and threaten them with a lawsuit.

The billionaire’s legal battle unraveled and he was eventually sued himself by the company he had hired to fight the case, it is claimed.

That has not prevented the latest Epstein scandal – after he was arrested on sex trafficking charges in July, then killed himself in custody – from engulfing the Duke of York in recent weeks. 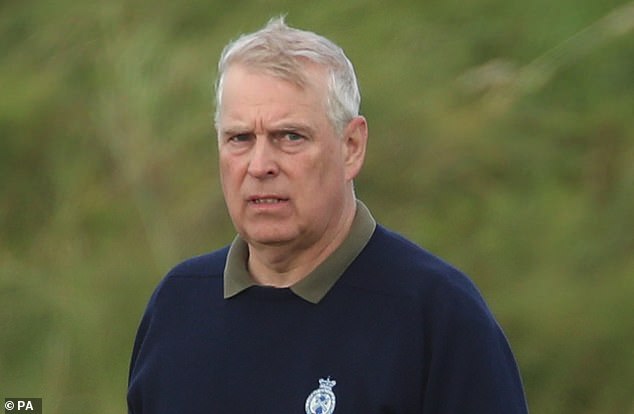 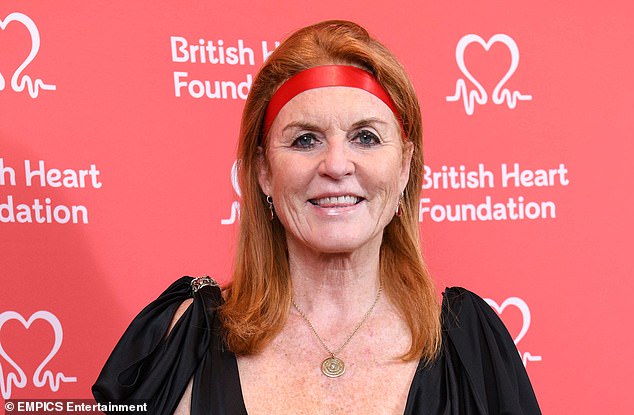 Epstein threatened legal action against Sarah Ferguson (pictured), Andrew’s ex-wife, after she publicly distanced herself from the financier

Last month the Duke admitted it was a ‘mistake’ to meet Epstein in New York after the billionaire’s release from prison.

In a statement he said: ‘At no stage during the limited time I spent with him did I see, witness or suspect any behaviour of the sort that subsequently led to his arrest and conviction.’

Last week Epstein accuser Virginia Roberts Giuffre said she was forced into sexual encounters with the Duke of York, who ‘knows the truth’.

She has previously claimed in court papers that she was forced to have sex with Andrew as a 17-year-old. All the allegations against the Duke were struck from the court record in 2015 after being described as ‘immaterial and impertinent’ by a judge.

Mrs Giuffre said she was introduced to Epstein, and later Andrew, by British socialite Ghislaine Maxwell.

The Duke strongly denies the allegations and Ms Maxwell has repeatedly denied any involvement in Epstein’s crimes.

Buckingham Palace has previously contested reports about Andrew’s relationship with Epstein, including a private jet flight they are said to have shared with Mrs Giuffre, then known as Virginia Roberts.

In a previous statement the Palace said: ‘It is emphatically denied that the Duke of York had any form of sexual contact or relationship with Virginia Roberts. Any claim to the contrary is false and without foundation.’