Prince Andrew could settle out of court with his US sex-case accuser if a judge rules that the case should go to trial.

Insiders say the option ‘remains on the table’ if, as expected, Judge Lewis Kaplan rejects his legal team’s motion this week to have Virginia Roberts’ lawsuit dismissed at an early stage.

Andrew’s team are understood to acknowledge the ‘attritional impact’ the case is having on the Royal Family, particularly as the Queen, 95, is due to celebrate her Platinum Jubilee this June with the threat of a scandalous sex trial involving her son hanging over her.

‘Obviously, this is a US case involving US lawyers and involving a US civil lawsuit,’ one source said. ‘In reality, 99 per cent of US civil litigations are settled out of court.

A settlement would always be an option on the table, as that’s where the vast majority end up. There is also the wider pressure and attritional impact to consider.’

Sources with knowledge of the case stressed last night to the Daily Mail that no discussions have taken place yet about whether the Queen’s son could – or should – agree a settlement without liability being admitted.

But neither had it been ruled out as an option, they said.

Buckingham Palace has refused to comment, describing it as an ‘ongoing legal matter’.

Prince Andrew could settle out of court with his US sex-case accuser if a judge rules that the case should go to trial. Insiders say the option ‘remains on the table’ if, as expected, Judge Lewis Kaplan rejects his legal team’s motion this week to have Virginia Roberts’ lawsuit dismissed at an early stage (Andrew pictured in BBC interview, 2019) 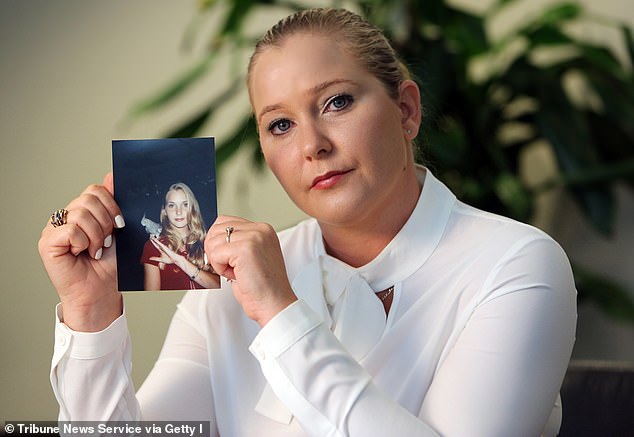 Virginia Roberts, who is bringing the case under her married name Giuffre, holds a photo of herself at age 16, when she says Palm Beach multimillionaire Jeffrey Epstein began abusing her sexually

The issue of whether to settle out of court is a tricky one for the ninth in line to the throne, whose lawyers argued this week in a New York court that Miss Roberts’ case should not be allowed to proceed to trial because of her own 2009 civil settlement with convicted paedophile Jeffrey Epstein.

Andrew’s legal team say that in return for a $500,000 (£370,000) payout, she agreed to waive her right to sue any other ‘potential defendants’ – which would include the prince, given the allegations she has made against him.

Miss Roberts – who is bringing the case under her married name Giuffre – claims that not only was she abused by Epstein and his girlfriend, Ghislaine Maxwell, but that they ‘trafficked’ her to their friend, the prince.

In her claim for battery and infliction of emotional distress, she claims she was raped by the duke on three occasions in 2001 when she was 17 and he 41.

On the one hand agreeing a no-liability settlement would prevent Andrew going through the humiliating experience of being interviewed by Miss Roberts’ lawyers, who will be able to question him about everything from his sexual partners to the minutiae of his dealings with Epstein and with Maxwell, found guilty last month of sex trafficking.

They may seek answers from other family members, including his ex-wife Sarah and potentially other senior royals.

But a settlement would clearly do little to help the 61-year-old prince clear his name, as he says he desperately wants to do.

Andrew has always vehemently denied the allegations, saying he doesn’t even recollect meeting Miss Roberts, despite there being a picture of them together with Maxwell. And a settlement is unlikely to help him achieve his long-held ambition of returning to public life in some form.

After his disastrous BBC interview in 2019 with Newsnight’s Emily Maitlis, the prince temporarily stepped back from public duties.

A settlement would also not prevent the FBI from pursuing its investigation – its agents would like to speak to Andrew as a potential witness to Epstein’s crimes. 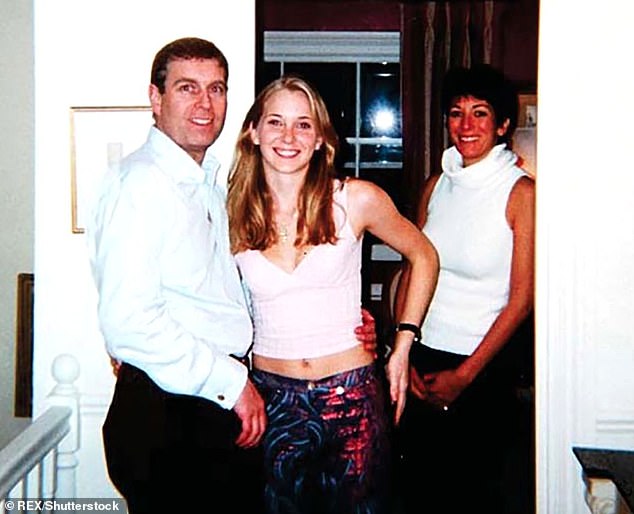 Andrew’s legal team this week argued that Miss Roberts’ case should be thrown out on several grounds: her previous settlement, the fact that she has not given enough specifics about the alleged abuse and that her pursuit of the case was ‘unconstitutional’.

Judge Kaplan told the two parties on Tuesday that he would issue his ruling on whether the case should go to trial ‘pretty soon’ and it is expected any day.

But the early signs for Andrew were not good after the judge verbally dismissed many of their arguments. Andrew’s legal team is unlikely to appeal if the judge rules against them. A trial date has tentatively been set for September.

The Daily Mail understands that Andrew’s legal team still have other avenues to pursue to get the lawsuit kicked out, including the suggestion that Miss Roberts, who lives with her family in Australia, is not domiciled in the US, allegedly rendering her case invalid.

Miss Roberts’s lawyer, David Boies, said the case might not even have come to court if Andrew had shown some ‘remorse and respect’ for Epstein’s victims.