Prince Andrew put pressure on the US government to give Jeffrey Epstein a plea deal which saw the pedophile jailed for only 18 months in 2008, unsealed documents claim

Prince Andrew lobbied the US government to help get a sweetheart plead-deal for pedophile friend Jeffrey Epstein that saw him jailed for just 18 months in 2008, newly unsealed court documents claim.

The allegation is contained within a motion by lawyers for two anonymous Epstein accusers who were trying to get hold of documents which they claim showed Andrew’s lobbying efforts.

The motion forms part of a 2015 libel case against Ghislaine Maxwell, Epstein’s alleged madam, which have been kept under lock and key until now.

Prince Andrew lobbied the US government to get a favorable plea deal for pedophile friend Jeffrey Epstein which saw him jailed for just 13 months in 2009, new documents alleged (pictured, Andrew alongside Epstein accuser Virgina Roberts and Ghislaine Maxwell in 2001) 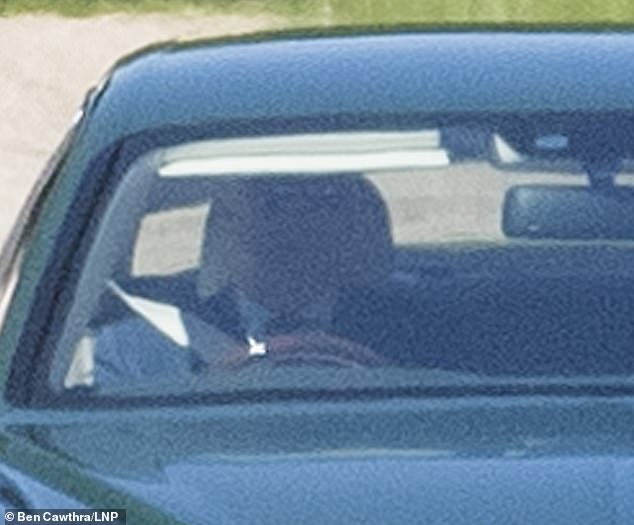 Lawyers for the pair, Jane Doe 1 and Jane Doe 2, wrote: ‘(They are) seeking documents regarding Epstein’s lobbying efforts to persuade the government to give him a favorable plea arrangement, including efforts on his behalf by Prince Andrew and former Harvard law professor Alan Dershowitz.

‘They have alleged these materials are needed to prove their allegations that, after Epstein signed the non-prosecution agreement his performance was delayed while he used his significant social and political connections to lobby the justice department to obtain a more favorable plea deal.’

The newly-released documents also contain a transcript of a deposition given by Epstein’s main accuser, Virginia Roberts, where she also speaks about the prince’s involvement in Epstein’s activities.

Asked by her own lawyers in 2016 whether Andrew would have ‘relevant information’ in the case, she answered: ‘Yes, he would know a lot of the truth.

Andrew has vehemently denied any wrongdoing.

Epstein victims are fearful that sex tapes and photographs featuring them being abused could be described as part of the unsealed evidence and eventually shown in court during Maxwell’s criminal trial, DailyMail.com can disclose. Pictured: Epstein survivor Virginia Roberts