West Wing creator Aaron Sorkin revealed that Prince Andrew was once very confused by a décor detail on set.

Andrew, 59, requested to visit the set of the NBC show while in Los Angeles during the tour came across a photo of his mother, the Queen, with Martin Sheen who played President Bartlet.

Aaron Sorkin recalled the moment during an interview with the Guardian to mark the political drama’s 20th anniversary, revealing how Andrew stopped in his tracks and ‘couldn’t figure out’ the portrait with his mother.

‘I got to tell him what Photoshop is,’ he explained.

The writer sat down with other cast members, including Allison Janney, who played  press secretary CJ Cregg, to look back at their time on the show, which aired from 1999 to 2006.

Prince Andrew, 59, was once confused to find a picture of his mother The Queen on the set of political show The West Wing – until someone told him about Photoshop 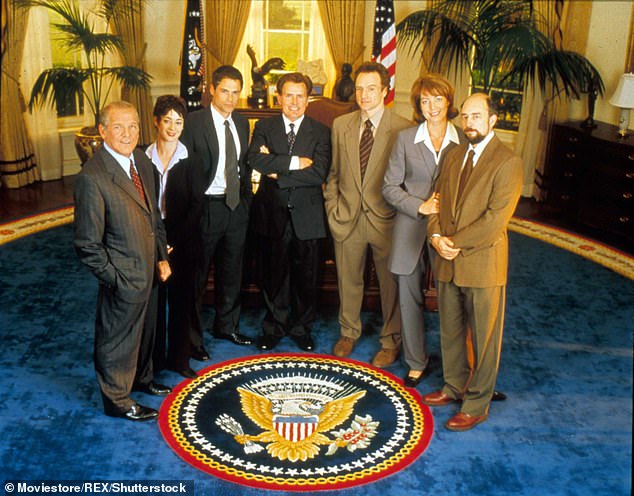 The writer explained that Prince Andrew requested to visit the set of the hit show, which gathered 16 million viewers at its peak, describing it as his ‘most surreal moment’.

The British Consulate arranged the visit for Andrew, and while Sorkin showed him around the set, he said that Andrew seemed particularly confused by one detail. 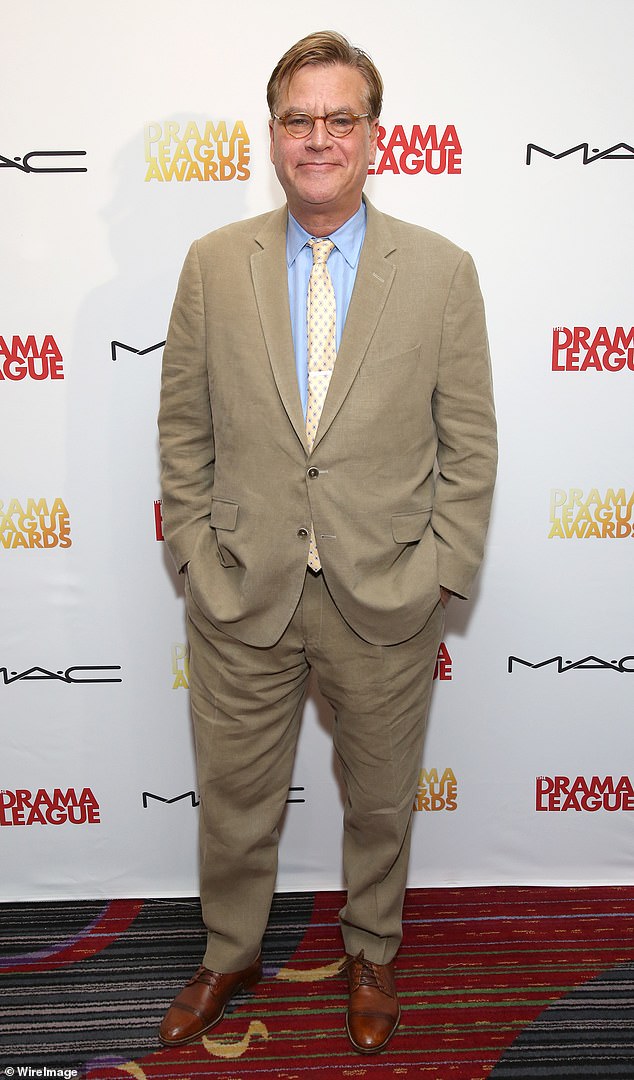 West Wing creator Aaron Sorkin (pictured) explained Andrew did not understand how there could be a picture of the Queen posing with the fictitious president Jed Bartlet, played by Martin Sheen 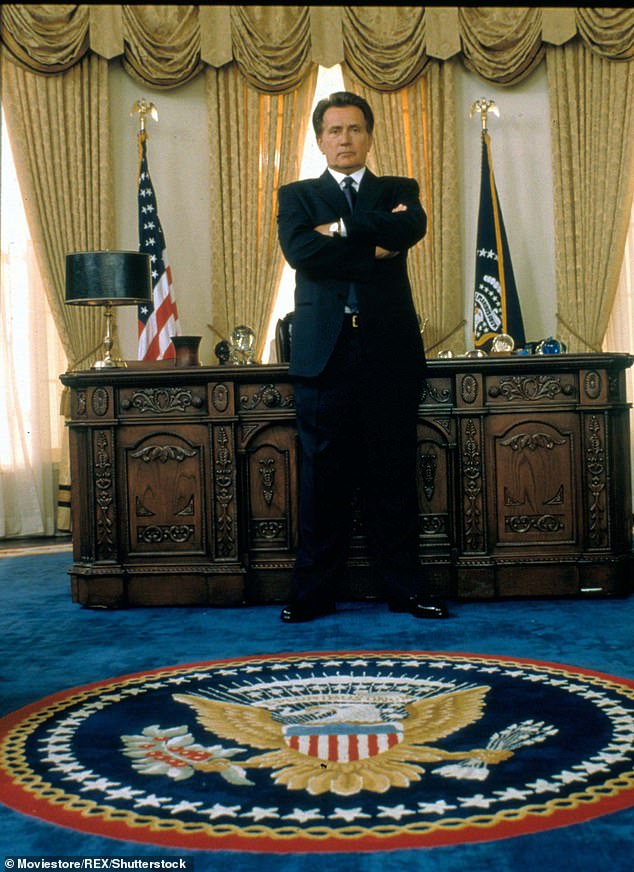 In the show, Martin Sheen (pictured) plays president Jed Bartlet. Sorkin explained the show’s decor used a Photoshopped picture of Sheen with the Queen to make it seem as if his character had met the world leader 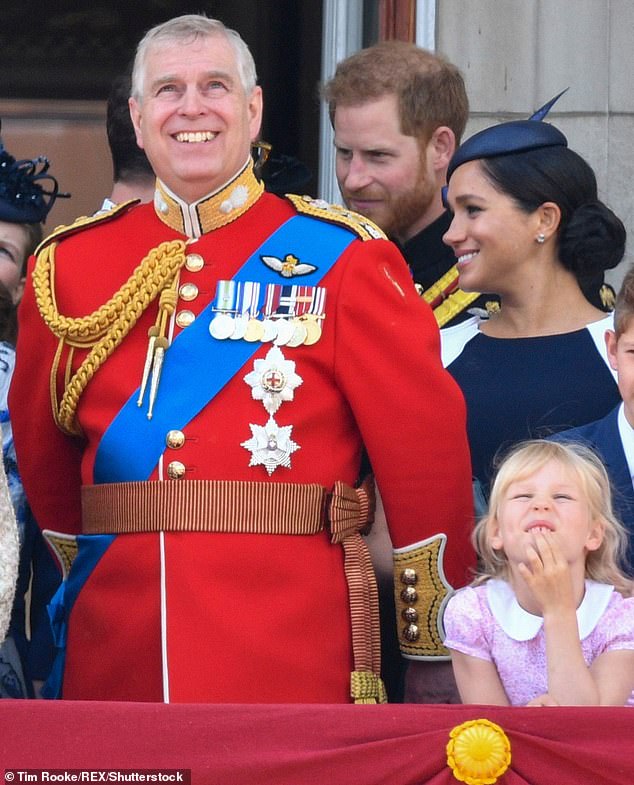 Prince Andrew pictured during this year’s Trooping the Colour on June 6. The royal ‘couldn’t figure out’ the picture of his mother on set

One of the pictures captured the Queen posing with fictitious Bartlet.

The royal couldn’t quite understand why his mother could be seen posing with actor Martin Sheen, who played president Jed Bartlet in the political drama and had to be told about picture editing software Photoshop.

This year marks 20th years since the West Wing’s initial air date. Since debuting on NBC in September 1999, the show has been hailed as one of the most influential of all times by publications such as Time Magazine and Rolling Stones.

It follows the life of the president and his staff as they navigate political intrigue in the White House’s West Wing. 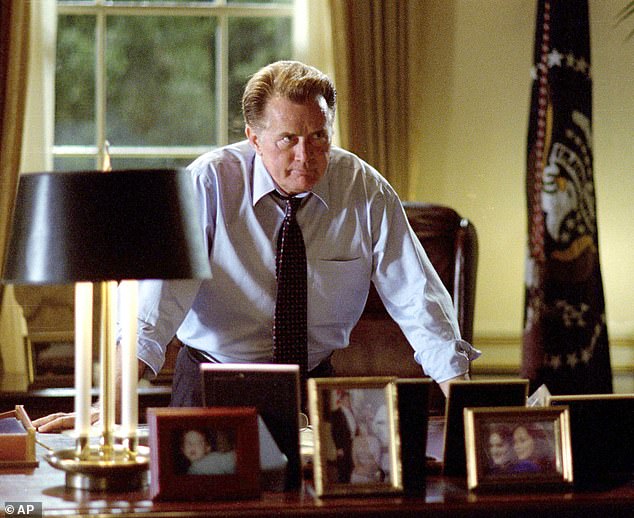 Sheen as Jed Bartlet in the West Wing. Sorkin said he didn’t think the show would be ordered into a series after its thought-provoking pilot 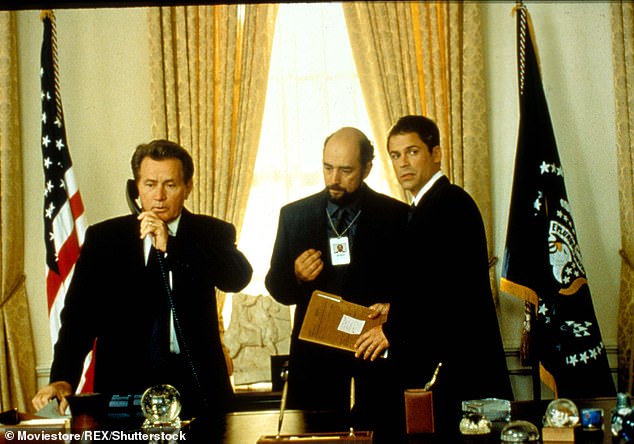 Looking back at the show 20 years on, Sorkin said he didn’t think think there would be a second episode to his thought provoking pilot.

‘I dreamed up the show at a time when you didn’t talk about politics and religion at the dinner table and you definitely didn’t do it on TV. We talked about both in the first 10 minutes,’ he said.

The cast also revealed the NBC network was hesitant to go ahead with the West Wing, wondering whether its cast was attractive enough.

The political show has often been called ahead of its time, and even received hate mail for portraying an interracial relationship between Bartlet’s daughter Zoey (played by Elizabeth Moss) and Charlie Young (Dulé Hill).

‘I can vividly recall Aaron reading those letters out loud at read-throughs. It was like Zoey was the real president’s daughter,’ Hill said in the interview.

‘The idea that people could respond that way really shocked me,’ he added.

But Sorkin revealed the hate mail inspired him to write the season’s finale, which culminates with an assassination attempt on Charlie.