Rina Oh, 43, filed a court claim against Giuffre in US District Court and said she was ‘frozen like a deer’ as Giuffre ‘touched her without consent’ in 2001.

The alleged incident was said to have taken place in the massage room of disgraced financier Epstein’s townhouse in Manhattan and has come to light as the women are suing each other.

Rina Oh (right), 43, filed a court claim against Virginia Roberts Giuffre in US District Court and said she was ‘frozen like a deer’ as Giuffre ‘touched her without consent’ in 2001

In court filings, Oh’s representatives claimed: ‘[Oh] was surprised when she was called to the massage room to see Epstein, and found Epstein and [Giuffre] waiting for her.

‘[Giuffre] then proceeded to touch [Oh] without [Oh’s] consent and much to her horror.

‘[Oh] did not reciprocate or sexually touch [Giuffre].’

Oh told the New York Post: ‘I went into the massage room and [Giuffre] touched me without my consent; she sexually abused me. 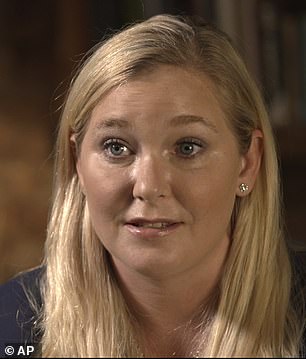 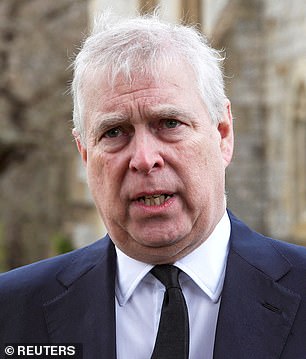 ‘I was standing there, frozen like a deer. I did not move. I was in shock. I felt mortified and was uncomfortable.’

Oh said that she was introduced to Epstein after the end of a relationship and that she had once described the pedophile financier as a ‘rich, older boyfriend’ but now says she was a victim of sexual abuse.

Giuffre’s attorney Kat Thomas told the New York Post: ‘The allegations of sexual assault against Ms. Giuffre are not true.’

The legal dispute between the two women began when Oh filed a defamation lawsuit against Giuffre after the latter tweeted that Oh ‘procured & partook in the abuse of minors’ with Epstein.

Oh is seeking $10million in damages. 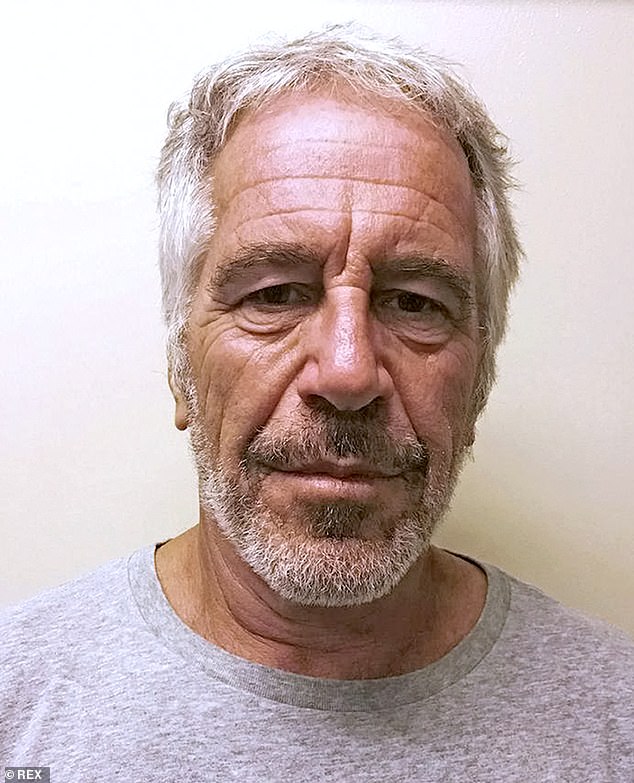 Oh denied the allegations to the Post, saying: ‘I never cut her leg. I never touched her. I never heard of anyone doing anything like that during my involvement with Jeffrey Epstein.

‘I am not that kind of person. I am afraid of needles and faint when my blood gets taken.’

Giuffre recently reached a settlement with Prince Andrew worth a reported $12million after sex trafficking claims.

The prince agreed to pay a huge sum to settle the case before it reached a jury.

Although the agreement contained no formal admission of liability from Andrew, or an apology, it said he now accepted Miss Roberts was a ‘victim of abuse’ and that he regretted his association with Epstein, the disgraced financier who trafficked countless young girls.

It also said the prince accepted that Miss Roberts, now 38, had been subjected to ‘unfair public attacks’ and that he had never intended to ‘malign her character’.

Millionaire financier Epstein reportedly abused dozens of girls as young as 14 at the opulent property, before his arrest in July 2019.

He reportedly installed hundreds of pinhole cameras throughout the home to spy on his victims in ‘private moments’ in bathrooms and bedrooms. The house was also said to feature an array of bizarre decor, from an oil painting of Bill Clinton in heels and a blue dress, to a large taxidermy tiger.

Here is the full text of the statement regarding the out of court settlement reached between the Duke of York and Virginia Giuffre. The statement was included in a letter submitted to US judge Lewis A Kaplan:

‘Virginia Giuffre and Prince Andrew have reached an out of court settlement. The parties will file a stipulated dismissal upon Ms Giuffre’s receipt of the settlement (the sum of which is not being disclosed). Prince Andrew intends to make a substantial donation to Ms Giuffre’s charity in support of victims’ rights.

‘Prince Andrew has never intended to malign Ms. Giuffre’s character, and he accepts that she has suffered both as an established victim of abuse and as a result of unfair public attacks. It is known that Jeffrey Epstein trafficked countless young girls over many years.