Prince Charles and Camilla to visit African in November

No rest for these royals! Charles and Camilla to embark on a nine-day tour of the Gambia, Ghana and Nigeria – returning just in time for the prince’s 70th birthday

The Prince of Wales and Duchess of Cornwall are to follow in the footsteps of Theresa May with a major tour of Africa next month, it has been announced.

Charles and Camilla will travel on the heels of the Prime Minister, who made a high-profile visit to the continent just a few weeks ago.

The prince and duchess will tour the Gambia, Ghana and Nigeria over nine days from October 31, Clarence House said on Thursday.

The couple will return to London just in time for Prince Charles’ landmark 70th birthday on November 14.

The Prince of Wales and Duchess of Cornwall (pictured in Canada, June 2017) are set to embark on a major royal tour this autumn when they visit the Gambia, Ghana and Nigeria 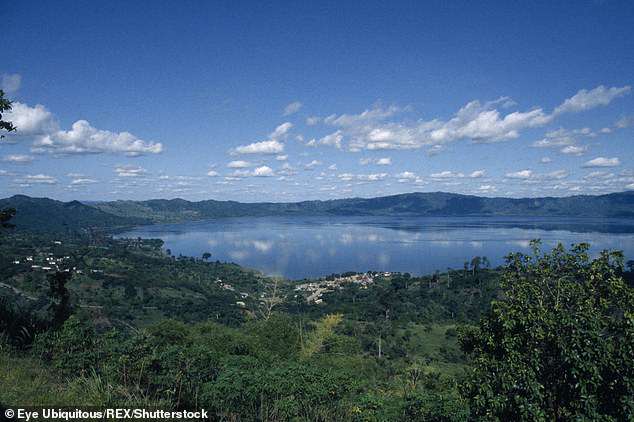 Lake Bosumtwi in Ghana, one of the three Commonwealth countries Charles and Camilla are set to visit during their nine-day tour of Africa in November (file photo)

However the Palace has previously indicated that the various birthday celebrations for the heir to the throne will take place throughout the year.

They will set off on the day the Duke and Duchess of Sussex return from their two-week tour of Australia, Fiji, the Kingdom of Tonga and New Zealand – meaning the two couples are likely to miss each other.

Theresa May made a three-nation trade mission to Kenya, South Africa and Nigeria during August and September, in an attempt to bolster Britain’s post-Brexit fortunes.

Scott Furssedonn-Wood, Charles’ deputy private secretary, said the couple were visiting the three countries at the request of the British Government. 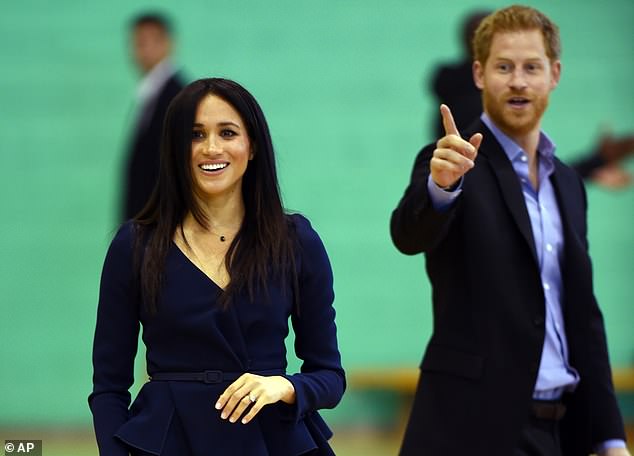 Ships in the night: Charles and Camilla will embark on a major visit to Africa on the day Harry and Meghan (pictured in Loughborough on September 24) return from their own royal tour

He added: ‘Their Royal Highnesses’ visit will celebrate the UK’s historic ties with these three Commonwealth nations, and also our dynamic contemporary partnerships with each of them in areas ranging from business to the arts, defence co-operation to medical research.

‘The tour will also highlight the people-to-people links between our countries and the invaluable contribution they make to our shared prosperity and security.’