Prince Harry and Meghan’s wedding may be just days away, but Prince Charles and Camilla have been keeping up their busy schedule as usual.

The couple met journalists and photographers at an event celebrating the 150th anniversary of the Press Association at Tate Britain on Wednesday night.

Camilla, 70, looked stylish in a vibrant plum frock featuring a ruffled hem as she chatted with guests at the reception.

Both she and the Prince of Wales, 69, looked in high spirits at the event, which was attended by guests including Lord Sebastian Coe. 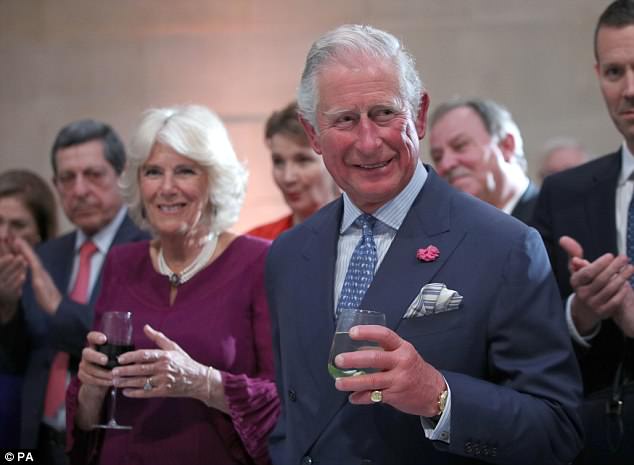 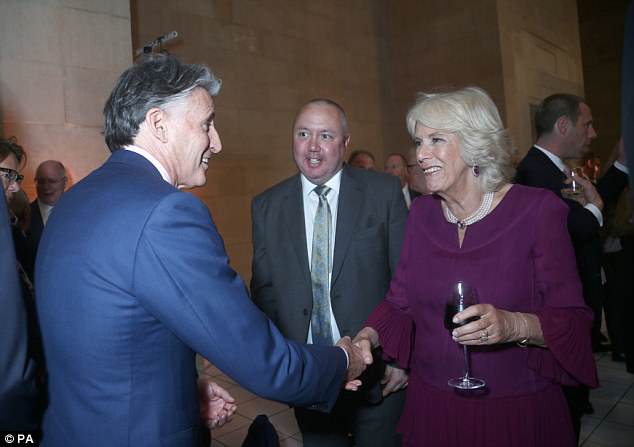 Earlier in the day,  Prince Charles and his wife Camilla visited Google Arts & Culture projects which are designed to share art, history and heritage across the world.

Camilla looked chic in a pink suit, teamed with two tone Chanel shoes and was all smiles as she arrived at the event.

The pair were also set to meet vloggers, fashion designers and tech-savvy schoolgirls at the Yoox Net-a-Porter Group offices in west London during the whirlwind visit.

They will also be introduced to prominent YouTube stars and take part in a discussion with members of youth charities about violent crime and social media. 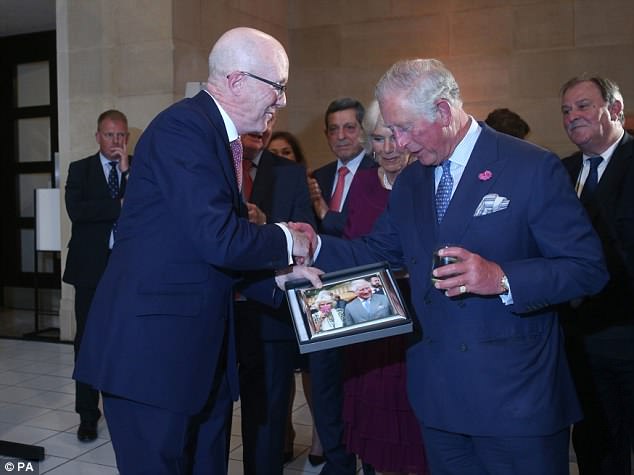 Charles was presented a photograph by Clive Marshall, the Chief Executive of the PA Group 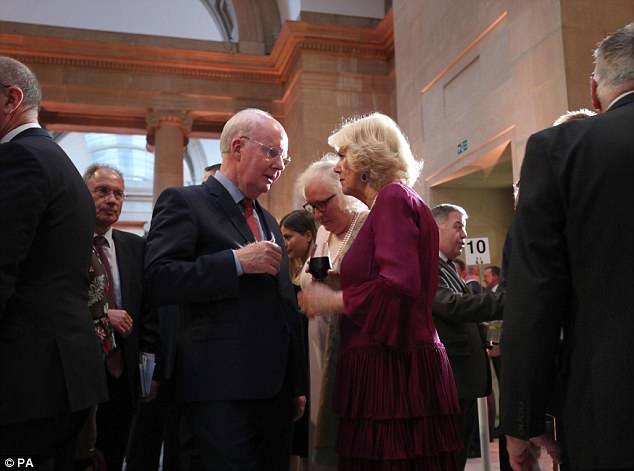 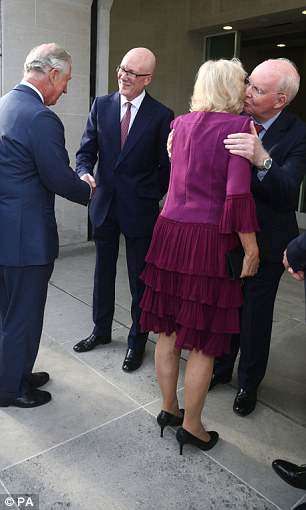 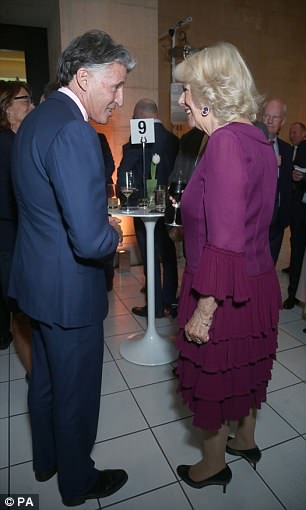 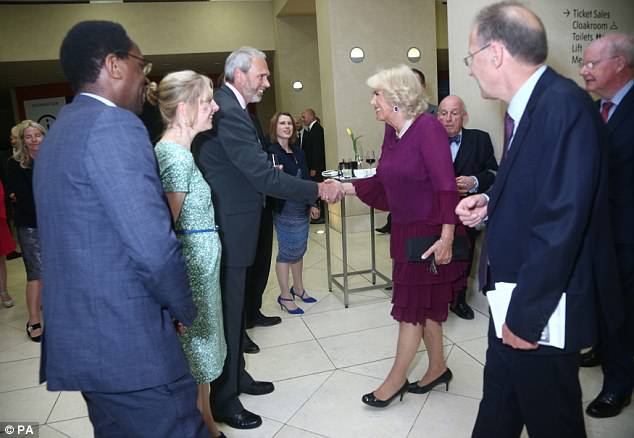 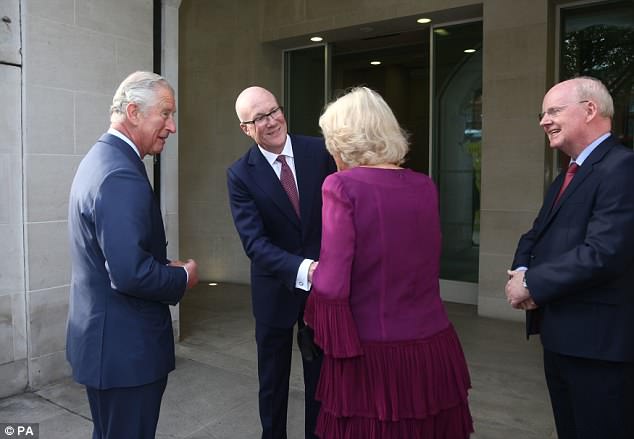 The Royal Family YouTube Channel has garnered over 75 million video views since it was established in 2007.

The royal couple will then tour the new tech hub created by the Yoox Net-a-Porter Group, one of the world’s biggest online fashion retailers.

The new tech hub in White City was opened a year ago and features Artificial Intelligence capabilities, such as personalisation and image recognition. 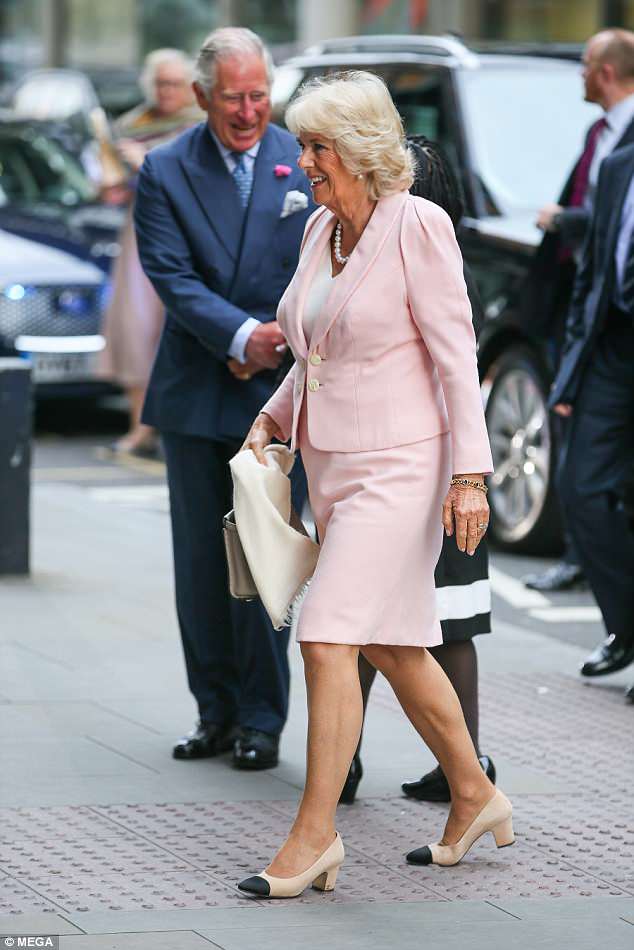 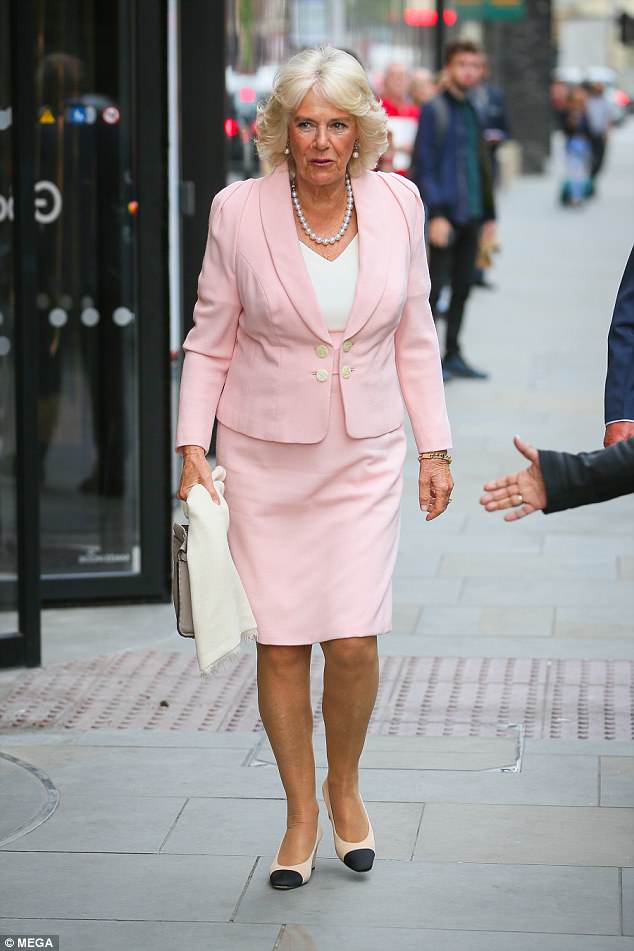 The royal looked elegant for the visit in a pale pink suit, teamed with two-tone Chanel shoes 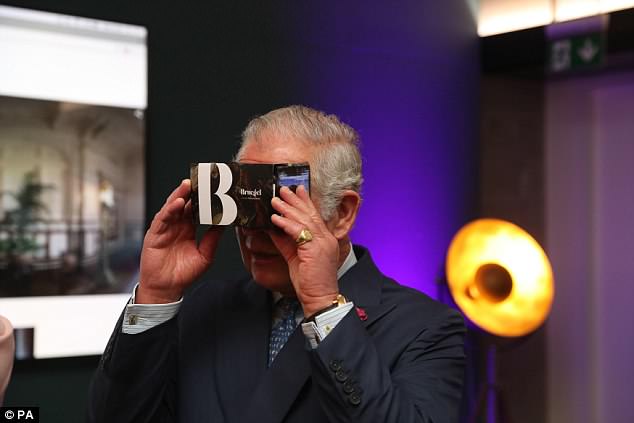 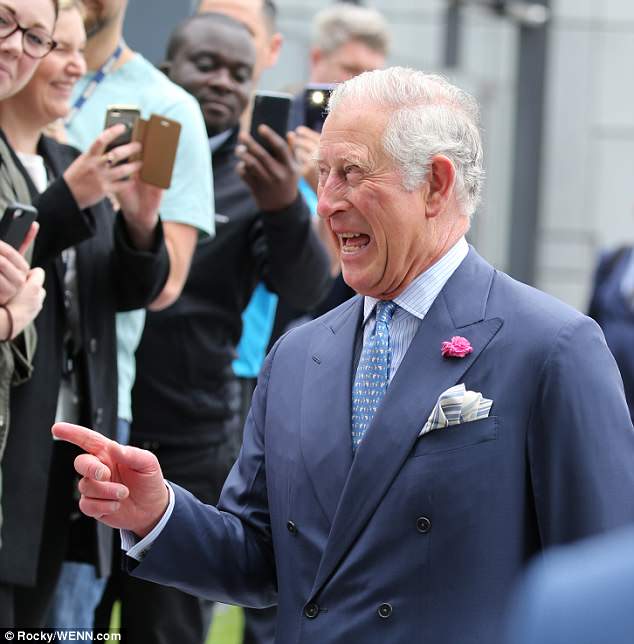 They will also meet 65 local schoolgirls who are learning to code in partnership with Imperial College London.

Last on the tour is a trip to the newly opened White City outpost of members’ club, Soho House. 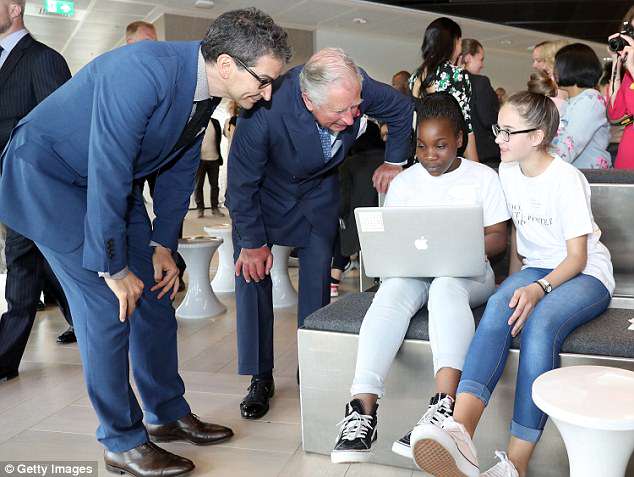 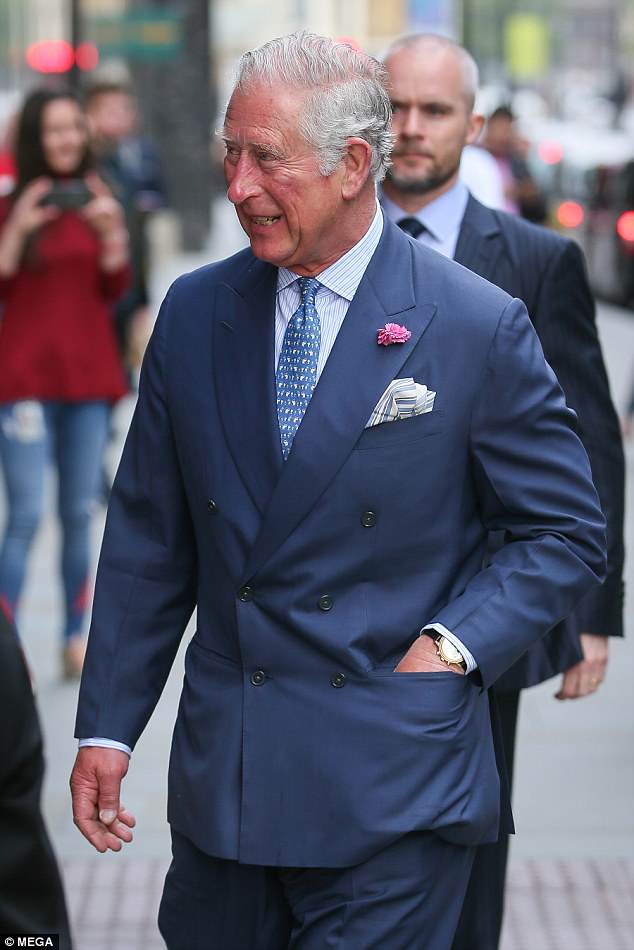 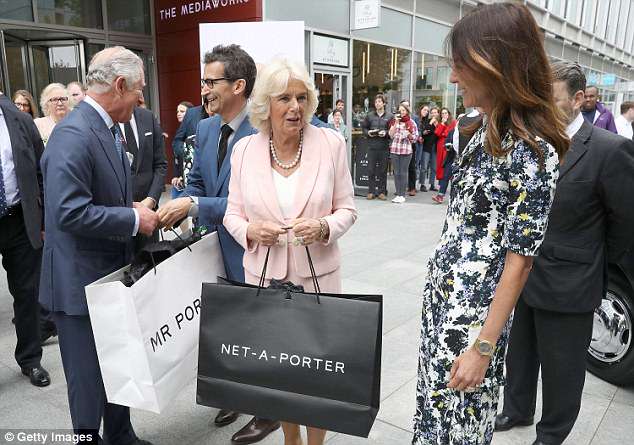 The Duchess was presented with a gift by Alison Loehnis, President of NET-A-PORTER & MR PORTER 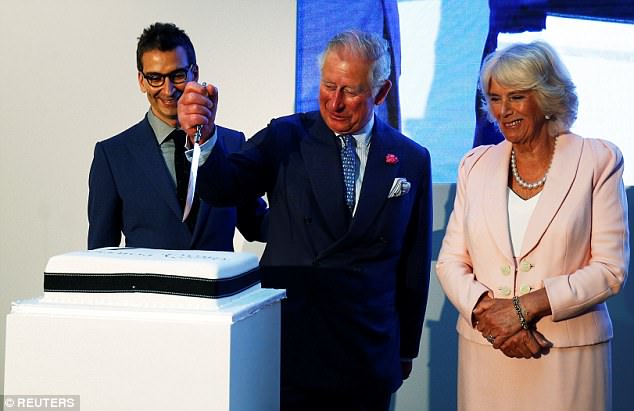 Charles is a long-time supporter of sustainable fashion, founding the Campaign For Wool in 2010, to encourage ecologically responsible fashion which prioritises natural fibres and has a low carbon footprint.

These are Charles and Camilla’s penultimate public engagements before the wedding of Charles’ son Harry and Meghan Markle in Windsor on Saturday. 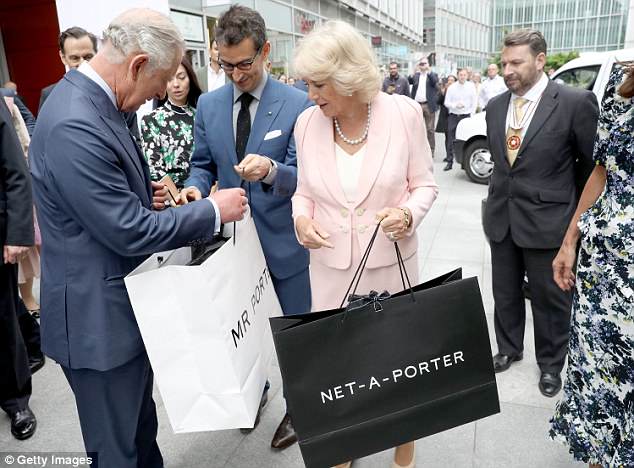 An outfit for the royal wedding? The Prince and Duchess were presented with gifts at the end of their visit 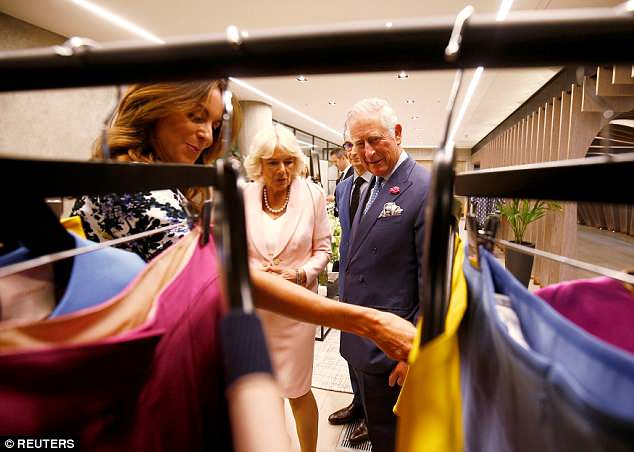 The couple were given a tour of the new Tech Hub, with Alison Loehnis, President of NET-A-PORTER & MR PORTER 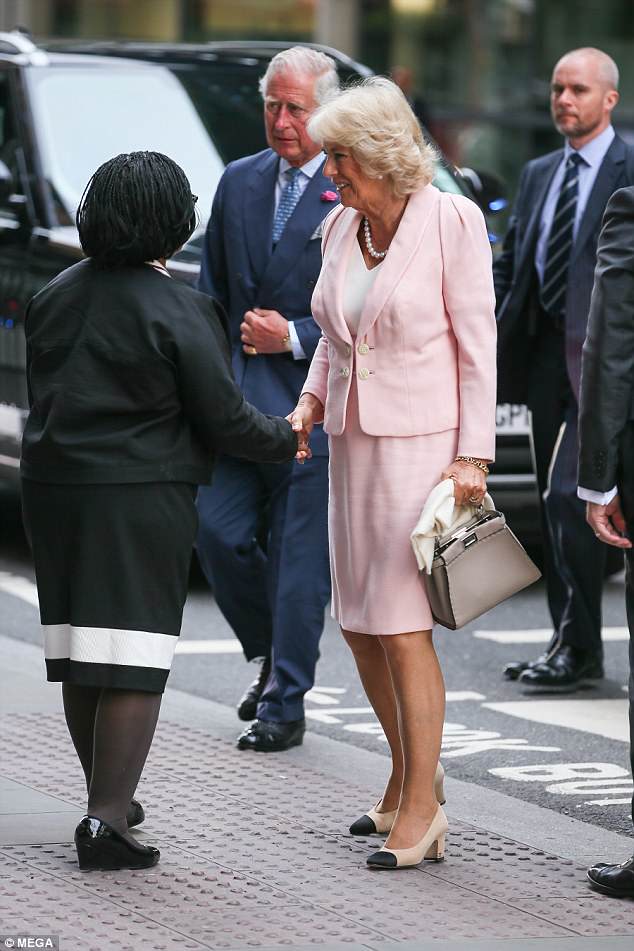 The royals are set to meet with vloggers, fashion designers and tech-savvy schoolgirls at the the YouTube space in King’s Cross during the whirlwind visit