A very special delivery: Prince Charles and Camilla personally ‘hand’ thank you letter to Everyone at Royal Mail to their local postie (from a safe distance)

By Mail on Sunday Reporter and Milly Vincent For Mailonline

Prince Charles and his wife Camilla have written to Britain’s postal workers to thank them for the vital role they are playing during the crisis.

Addressed to ‘Everyone at Royal Mail,’ the letter from the Duke and Duchess of Cornwall commends their ‘dedication, resilience and hard work’.

It says: ‘In recent weeks, we have heard that many people have taken the time to write a letter, or a card, to those from whom they are separated.

Postman Neil Martin talking at a distance to the Prince of Wales and the Duchess of Cornwall after receiving a letter addressed to postal workers from them at Birkhall, Aberdeenshire

‘Postmen and postwomen are trusted figures in our local communities.

Today, as many people – ourselves included – are obliged to stay at home, Royal Mail plays an absolutely vital role in keeping family and friends in touch with one another.

For that, we can only say how deeply grateful we are and send you our kindest wishes.’

The letter was left on a bench outside the royal couple’s front door at Birkhall, Aberdeenshire, where it was collected by their local postman Neil Martin when he delivered their mail. 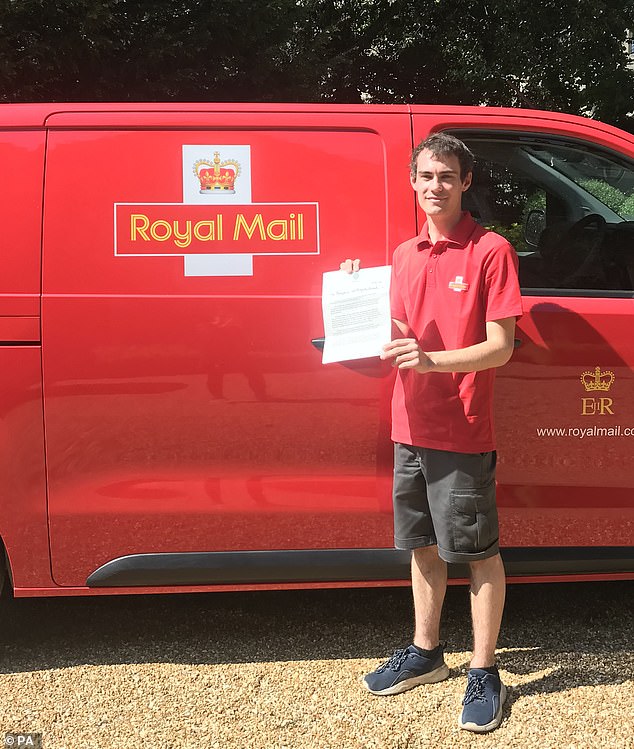 Postman Daniel Edwards holding a letter from the Prince of Wales,who has hailed the ‘dedication, resilience and hard work’ of Britain’s postal workers

Mr Martin, who has been a postman for 36 years, collected it on Tuesday.

It stressed that the value of Royal Mail workers ‘has never been more important’. 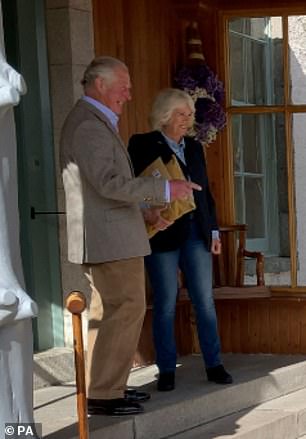 The royal couple said: ‘Receiving such a personal message at this difficult and anxious time can mean an enormous amount.

‘We feel sure that a very large number of these special greetings will be treasured for years to come. They may even become a valuable resource for social historians in the future.

‘Postmen and postwomen are trusted figures in our local communities. They are a constant presence in an ever-changing world. For some people, they are a point of daily human contact; a friendly, familiar face.’

The employment challenges, personal fears and new look to the way that postal workers are now having to do their jobs was also praised.

The couple wrote: ‘Many of you, we know, have gone above and beyond what is normally expected of you. We have heard wonderful stories of postmen and postwomen checking on older and vulnerable residents, raising funds for good causes, even wearing fancy dress costumes to raise a smile…’

Charles addressed the letter to ‘Everyone at Royal Mail’ and ended it with ‘heartfelt thanks – and a big thumbs up’ from himself and the Duchess of Cornwall. 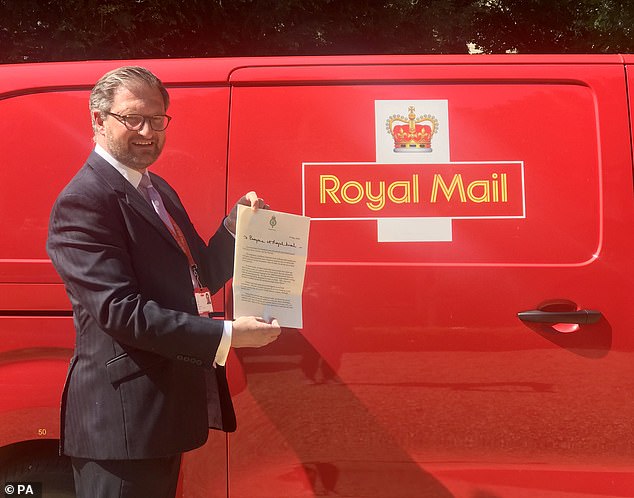 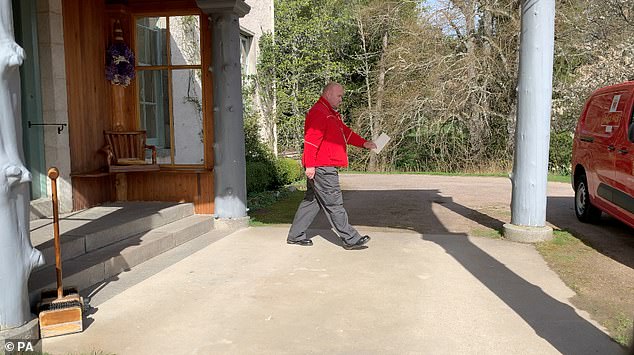 Postman Neil Martin with a letter from the Prince of Wales and the Duchess of Cornwall after being left it on their doorstep in Birkhall, Aberdeenshire

The Royal Mail has launched a Thumbs Up For Your Postie campaign to encourage customers to show their appreciation for their postie.

The public is being urged to give them a ‘thumbs up’ – from a safe two-metre distance, which is just over the height of a Royal Mail postbox – as a way to stay connected with their local postie while respecting the social distancing rules.

Giving a thumbs up is also a handy reminder for people not to reach out to try and take parcels direct from postmen and women to ensure the delivery is contact-free, the Royal Mail said.