Prince Charles will meet Greta Thunberg in Davos for the first time today after flying in to Switzerland on a chartered plane costing an estimated £15,000 after his usual jet went in for a service.

But the Prince of Wales was whisked to the World Economic Forum by electric car after choosing to dodge a fuel-guzzling helicopter to the billionaire’s playground.

Away from the turmoil caused by Harry and Meghan’s emigration to Canada, Charles will launch an ambitious project to help financial markets become more sustainable during a visit to the World Economic Forum in Switzerland.

Charles’ keynote speech is considered one of the star attractions as Donald Trump leaves today – and afterwards he will meet Swedish climate activist Miss Thunberg.

Prince Charles is flying into Davos today on a chartered plane costing an estimated £15,000 – but will arrive at the World Economic Forum by electric car 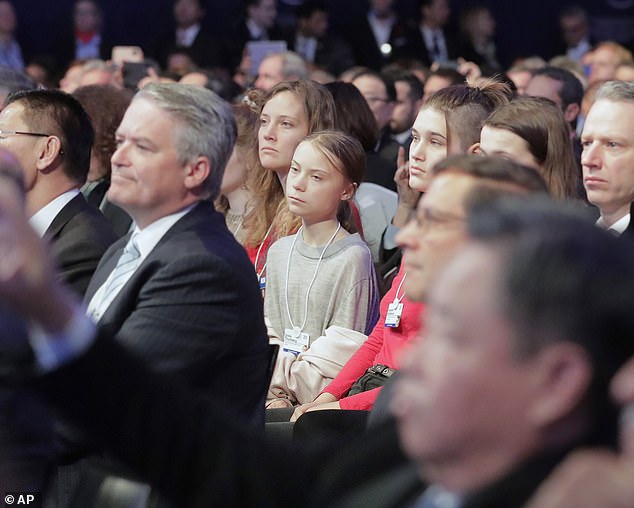 Charles will highlight his Sustainable Markets Council during a brief visit to Davos, before travelling on to the Middle East for his first official tour of Israel and the Occupied Palestinian Territories.

The heir to the throne hopes his Sustainable Markets Council, which is supported by the World Economic Forum, will bring together leading individuals from the public and private sectors, charitable organisations and investors to identify ways to rapidly decarbonise the global economy and make the transition to sustainable markets.

The ministerial jet Voyager is believed to be undergoing scheduled maintenance and Charles will be travelling by a chartered plane during his brief visit to Switzerland and two-day trip to the Holy Land.

Charles’ estimated carbon footprint for the 90 minute flight is around 6 tonnes of carbon – compared to 0.19 tonnes if he was flying on a commercial flight, which he rarely does because he is heir to the throne. 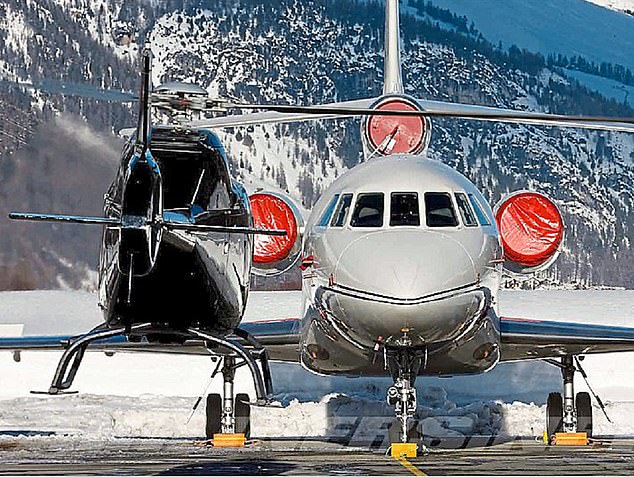 World leaders and leading business figures have faced criticism in the past for flying to Davos by private jet.

Scott Furssedonn-Wood, the prince’s deputy private secretary, has said: “We always look at a range of options, we take a number of factors into account when we decide how to travel, we weigh up things like cost of course with environmental impact as you’d expect, but also efficiency of time, size of delegation and crucially safety and security.”

He highlighted a number of trips including Charles’s official visits to Japan and India where he flew by commercial airlines, but for this tour he said all of their considerations could not be satisfied by scheduled flights.

Charles will make the two-hour car journey from the airport to Davos by electric vehicle, rather than helicopter, a Clarence House spokesman said.

The prince’s tour – the highest-level visit by the royal family to Israel and the Palestinian areas – will mark the 75th anniversary of the liberation of the former Nazi concentration camp Auschwitz-Birkenau.

The prince has been invited to the major event by Israel’s president, Reuven Rivlin, and will meet the statesman during his two-day visit and Palestinian president Mahmoud Abbas, who has invited Charles to visit the Occupied Palestinian Territories.

While in the Middle East, the prince will also visit Bethlehem, the birthplace of Christ.