Prince Constantijn of the Netherlands has called the Duke and Duchess of Sussex’s decision to step back from royal duties as ‘brave’.

The royal, 50, who is the younger brother of the reigning King Willem-Alexander, 52, said he felt ‘connected in a way’ to Prince Harry, 35, and Meghan Markle, 38.

According to Royal Central, Prince Constantijn spoke about the couple on the TV-show Op1, saying: ‘It is brave because I don’t think Harry knows what he is in for now. I think it will be very overwhelming.’

It was announced on Saturday that from the spring, the Duke and Duchess of Sussex will stop using their HRH titles, spend the majority of their time living in Canada, and cease carrying out royal duties on behalf of the Queen.

Prince Constantin of The Netherlands, who is the brother of reigning King Willem Alexander, said the Duke and Duchess of Sussex were now ‘stuck between two worlds’ (pictured, Meghan and Harry in London earlier in January)

Prince Constantijn told the host he had been following Prince Harry and Meghan for some time ‘from a distance’.

He explained: ‘I feel connected to them in a way, although they are in a very different position.

‘They are really in the family and have all kinds of formal roles. We have dealt with that differently here.’

The royal went on to speak about his brother Prince Friso, who died in 2013 after being buried in an avalanche in Lech, Austria. 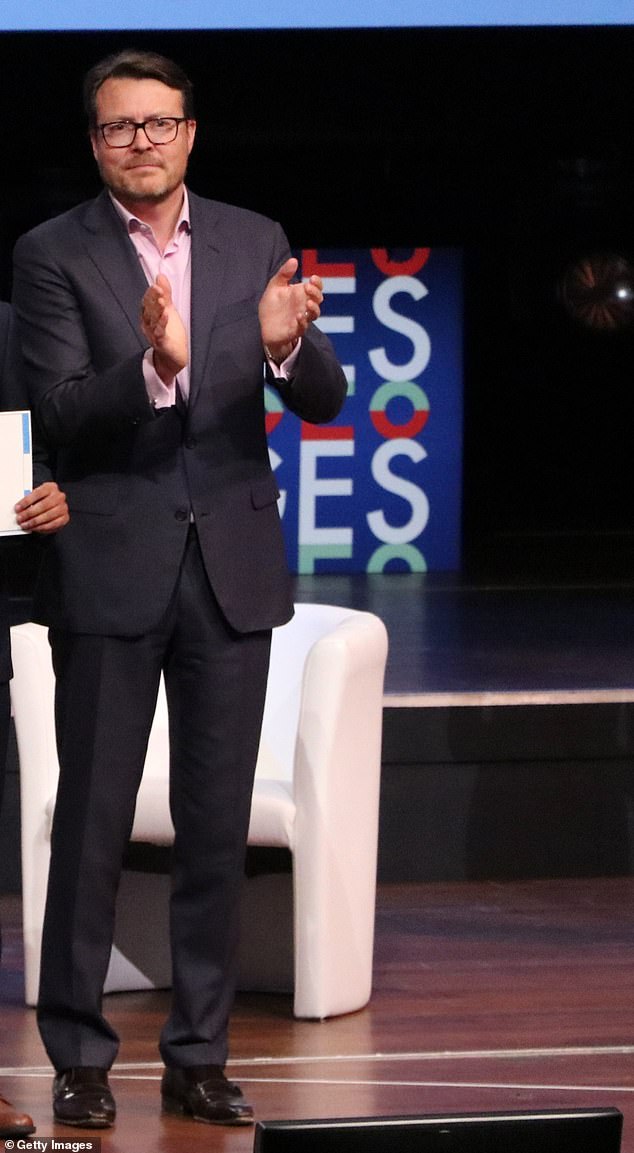 Prince Constantijn of the Netherlands, 50, said Prince Harry, 35, and Meghan Markle’s, 38, decision to step back from royal duties was ‘brave’

He explained: ‘I am in the Royal House and my brother was when he was alive. But outside of all that, we also decided to earn our own living. That is an entirely different solution.’

Prince Constantijn went on to say that the Duke and Duchess were now ‘stuck between two worlds’.

He said: ‘Fine, they have chosen and I think that is brave of them. It is brave because I don’t think Harry knows what he is in for now. I think it will be very overwhelming.

‘We have seen some of that already. But now he has chosen for himself and his wife.’ 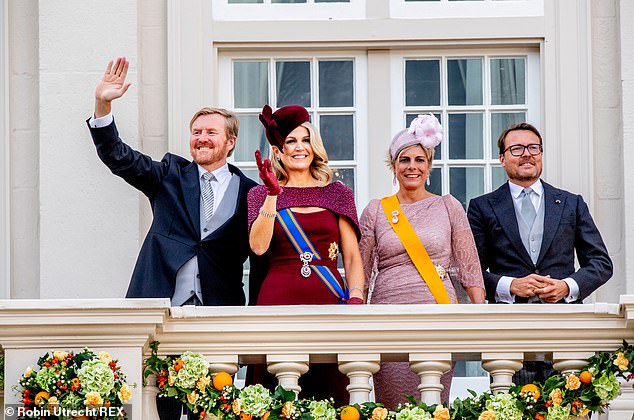 Prince Constantijn studied law at university and has gone on to work for think-tanks and charities in Brussels and London.

In 2017, he and his wife Princess Laurentien set up the Number 5 Foundation, a charity which is currently developing various innovatory initiatives to address a range of social issues.

He rarely attends public events in his capacity as a member of the Dutch Royal House, but makes a yearly appearance at Prinsjesdag – or Prince’s Day – each September.