The Earl and Countess of Wessex celebrated in style as they attended Royal Ascot on their 20th wedding anniversary.

Sophie Wessex, 54, and her husband Prince Edward, 55, opted for yellow and white outfits reminiscent of those they wore on their wedding day in Windsor on June 19, 1999.

And even the rain couldn’t dampen the couple’s spirits as they shared a private joke while watching the carriage procession from the royal box.

Looking ethereal in a sophisticated high-necked white dress, Sophie completed her outfit with a chic black and white-patterned hat to mark the special occasion.

The Earl of Wessex, 55, and his wife the Countess of Wessex, 54, (pictured) attended the second day of Royal Ascot on their 20th wedding anniversary 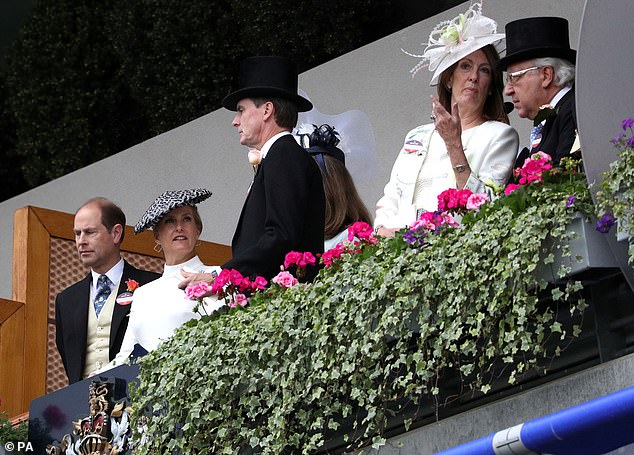 Sophie, who wore a sophisticated white dress, and Prince Edward celebrated their anniversary in style at the prestigious event

Meanwhile, Edward, the youngest of the Queen and Duke of Edinburgh’s children, opted for a dapper black suit, which he paired with a yellow waistcoat.

They couple wed at St George’s Chapel in Windsor, where Sophie donned a royal tiara and jewellery bought by her husband. 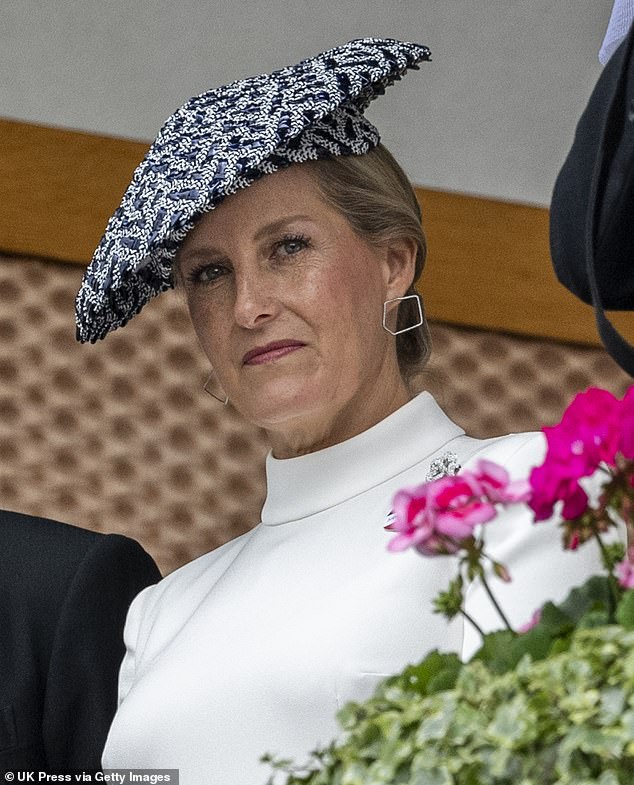 The Countess of Wessex, who completed her outfit with a chic black and white patterned hat and trendy earrings, while she wore her hair pulled back in a bun 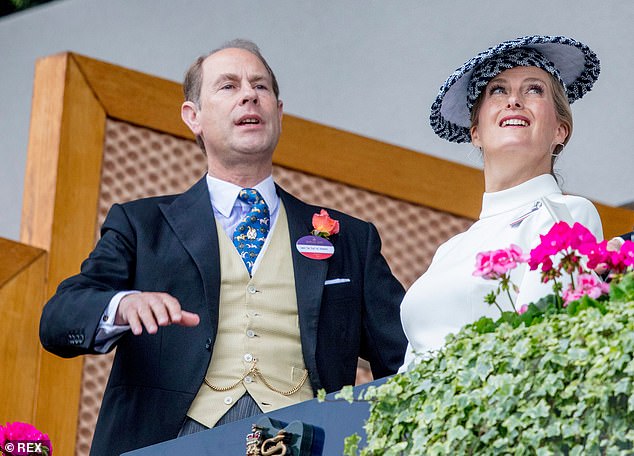 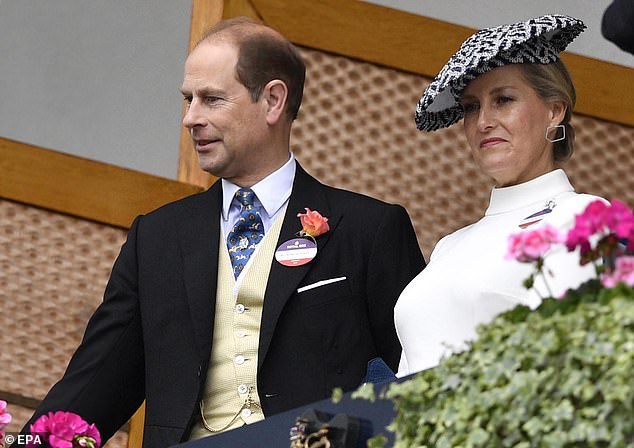 The royal couple (pictured) attended day two of Royal Ascot, which is Britain’s most valuable horse race meeting and social event running from 18 to 22 June 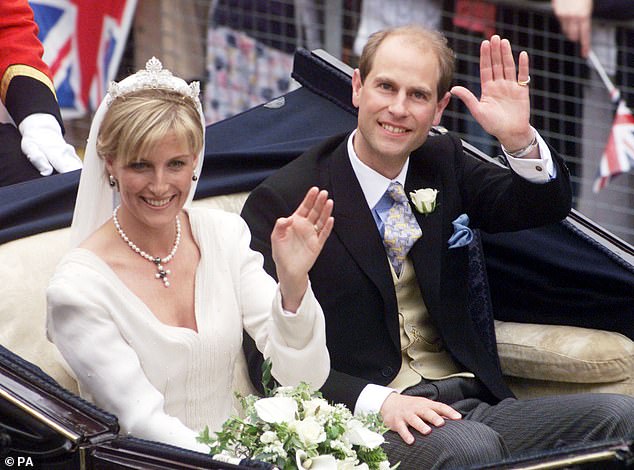 Sophie Wessex and Prince Edward, the youngest of the Queen and Duke of Edinburgh’s children, pictured on their wedding day at St George’s Chapel in Windsor Castle in 1999

The post was quickly flooded with well-wishes from royal fans, with many expressing their love for Sophie.

‘Lovely low key couple. Sophie is so classy, hard-working and unaffected,’ penned one, while another said: ‘What a wonderful woman she is. Such a blessing to the Royal family.’

‘I love Sophie,’ commented a third. ‘A wonderful hard-working and a really beautiful woman. All the best wishes to your anniversary.’

Meanwhile, others commented on what a beautiful couple the royal pair made, with one saying:

‘Warm wishes on your wedding anniversary may you both have many more happy years together filled with love.’

‘Beautiful couple!! Congratulations Their Royal Highnesses to your 20 years of marriage,’ another wrote.

The Countess and Prince Edward first met in 1987, when Sophie worked at Capital Radio and Edward was dating a friend of hers. They reconnected in 1993 and soon began dating, tying the knot six years later.

Sophie attended the first day of Royal Ascot yesterday where she could be seen engaging in conversation with Mike Tindall, his wife Zara, Princess Beatrice and the Queen. 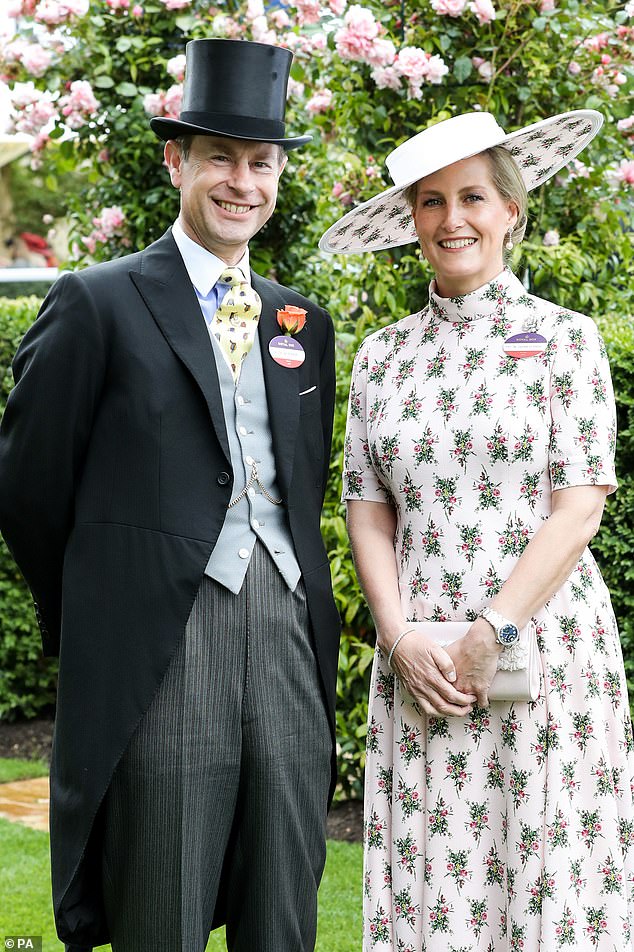 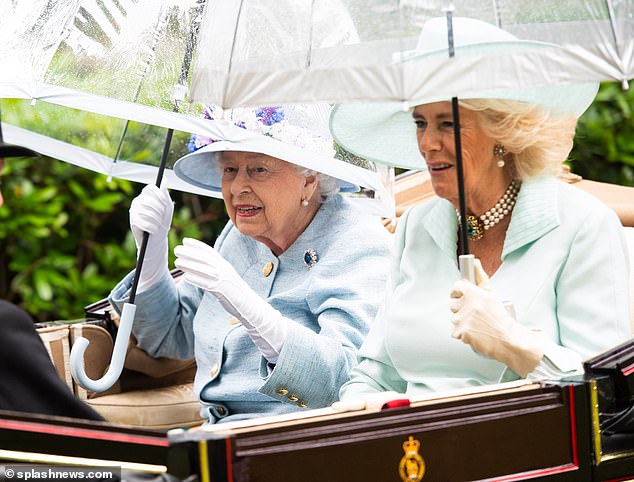 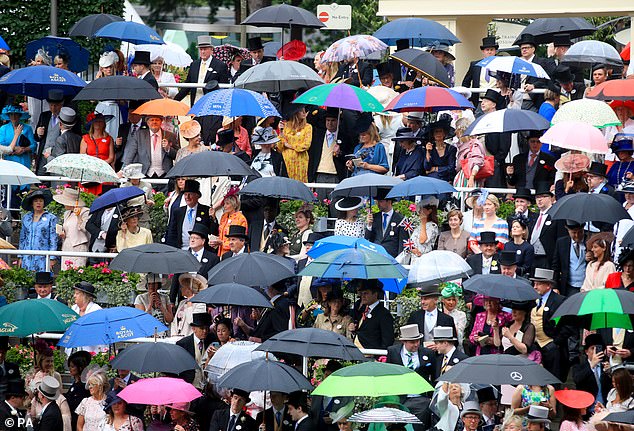 The ultimate accessory! The stands were awash with umbrellas when it started to rain on the second day of Royal Ascot