Cut-PRINCE deal! Harry and Meghan merchandise is sold in knockdown deal in Windsor after couple choose to leave royal family for Canada

Novelty royal merchandise featuring Prince Harry and Meghan Markle is still on sale around Windsor, but retailers have dropped prices on items featuring the Sussex’s after their announcement that they will be taking a step back from royal duties.

The area around Windsor Castle is extremely popular for tourists and gift shops adjacent to the castle are often packed with people trying to take home their own little piece of royalty from their visit.

But one store seemed to have fully gotten on board with the couple’s decision to leave the UK to spend more time in Canada and was offering cut price memorabilia at their outlet.

Items that were reduced in price included tins of tea bags which had a photo of the Duke and Duchess of Sussex stood outside Kensington Palace, after their engagement announcement. 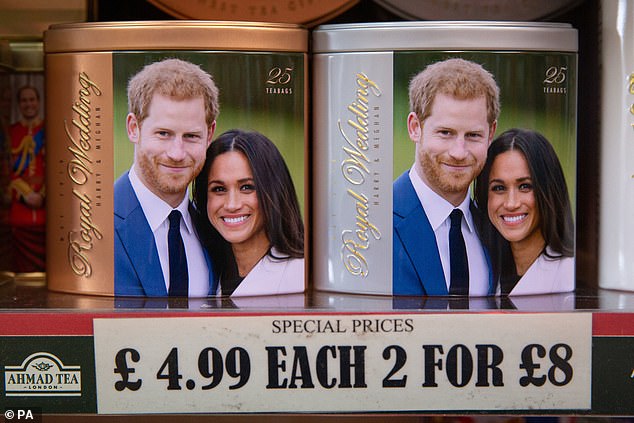 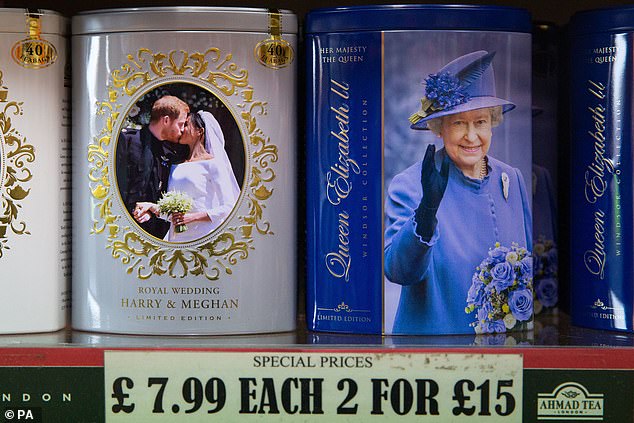 Others tins which included a special Royal Wedding caddie, which had a picture of Meghan and Harry kissing on the front, were also on sale, along with tins of the Queen waving.

These more deluxe tins had been marked with special price stickers of two for £15 or £7.99 each.

In one store, the Royal items had been placed in the middle of a shelf of other generic London items which featured iconic tokens such as the red telephone box and a London bus. 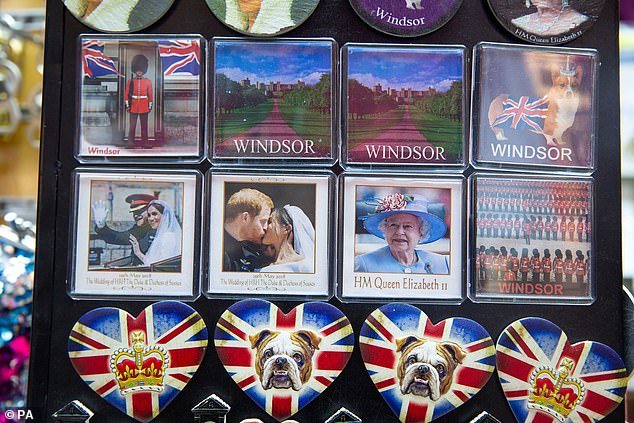 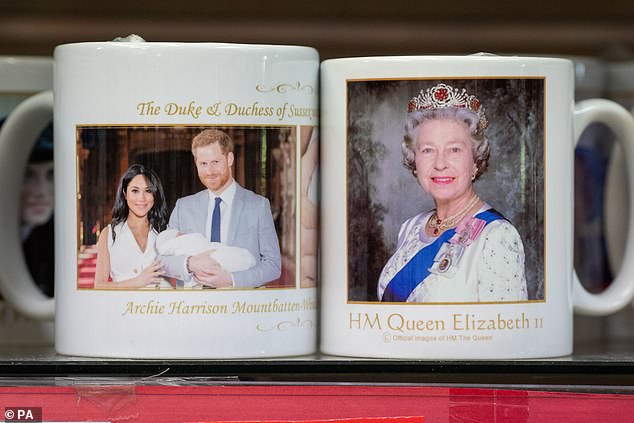 In many cases, items that included Prince Harry and his wife Meghan (left) were placed next to items featuring the Queen (right) 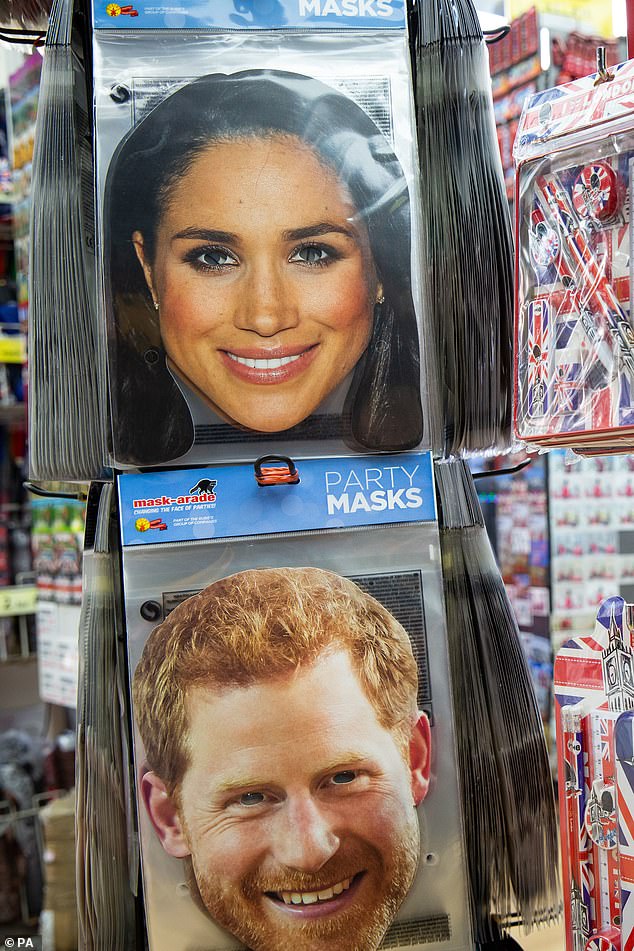 Joke party masks were also on sale at the store, helping royal fans become their favoruite member of the family

In the fiscal year of 2018/19, Windsor Castle and Frogmore Cottage were the most popular of all Royal Estate collections and received over 1.65 million visitors.

This was followed by admissions to Buckingham Palace during its summer opening.

In total over three million people paid admissions fees to the royal estates over that time period.

This afternoon Prince Harry broke cover for the first time since the Sandringham summit, as he took to social media to announce the Invictus Games.