The itinerary for the Duke and Duchess of Sussex’s upcoming royal tour has been revealed.

The couple will depart London on Saturday 23 February and spend a busy three days carrying out official engagements in Morocco, before returning to the UK on Monday 25 February.

On their arrival to Casablanca airport the Meghan, 37, and Harry, 34, will be welcomed by the British Ambassador to Morocco and his wife at Casablanca Airport before inspecting a Guard of Honour.

The couple will spend day two of their tour visiting various schools in the small town of Asni, before attending a reception hosted by British Ambassador, Thomas Reilly.

Monday, the third and final day of their tour, will be spent meeting children with special needs , before visiting a cooking demonstration, a traditional Moroccan arts and crafts display and attending a horse grooming session at an equestrian facility.

It is thought that Meghan will be around 30 weeks pregnant when she flies to Morocco with most airlines allowing women to fly until the 37 week mark.

Meghan previously told fans she is due to give birth to her firstborn with Prince Harry between late April and the beginning of May.

Their visit comes almost four decades after the Queen had what has been described as her ‘tour from hell’ in the country.

In 1980 the monarch, then 53, visited Morocco for the first and last time as part of her two-week-long tour of Italy and North Africa.

The itinerary for the Duke and Duchess of Sussex’s upcoming royal tour of Morocco has been revealed. It is thought that Meghan, seen last week, will be around 30 weeks pregnant when she flies to Morocco with most airlines allowing women to fly until the 37 week mark 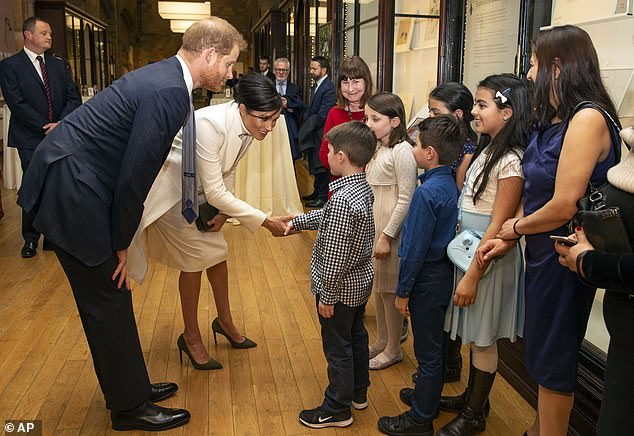 Meghan and Harry, seen last week at the Natural History Museum last week, will depart London on Saturday 23 February and spend a busy three days carrying out official engagements in Morocco, before returning to the UK on Monday 25 February

The Duke and Duchess will depart London and arrive in Morocco following a three hour 20 minute journey by plane.

They will be greeted by the British Ambassador to Morocco, Thomas Reilly, and his wife Alix at Casablanca Airport, before Harry inspects a Guard of Honour.

The Duke and Duchess will visit a boarding house in the town of Asni.

The Moroccan NGO ‘Education For All’ builds boarding houses for girls aged 12 to 18 to ensure that girls from rural communities in the High Atlas Mountains region are able to access secondary education.

The couple will meet girls living at the boarding house and the housemother, and tour the facilities before a henna ceremony is performed on The Duchess.

They will then visit the local Secondary School meeting students and teachers, before watching children playing football.

The royals will continue their busy day with a visit to the original ‘Education For All’ boarding house where The Duke will invest Michael McHugo, the founder of ‘Education for All’, with the Most Excellent Order of the British Empire.

Michael McHugo was awarded an MBE in the New Year’s Honours list 2019 for services to improving gender equality in education in Morocco.

Following a busy day the Duke and Duchess will attend a reception hosted by the British Ambassador to Morocco and his wife in Rabat, meeting influential Moroccan women, young entrepreneurs and disabled athletes among others.

Harry and Meghan will begin their final day with a visit to the Moroccan Royal Federation of Equestrian Sports.

They will learn more about Morocco’s developing programme of supporting children with special needs through equine therapy.

The Duke and Duchess will attend a horse grooming session with some of the children, before watching a riding demonstration and meeting trainers and instructors.

The couple will also meet young people from disadvantaged backgrounds who have benefited from the programmes at the centre as well as a mental health charity and individuals involved.

In the afternoon Harry and Meghan will visit a cooking demonstration where children from under-privileged backgrounds in Rabat will learn traditional Moroccan recipes from one of Morocco’s foremost chefs.

The Duke and Duchess will meet disabled children who are working in a specially-designed restaurant in Rabat, as well as view local artisan cookery-ware.

Concluding their packed tour in Rabat,the couple will visit the Andalusian Gardens where they will hear about youth empowerment in Morocco from a number of young social entrepreneurs.

The couple will see traditional Moroccan arts and crafts on display in the walled public garden amid exotic plants, flowers and fruit trees, before returning to England. 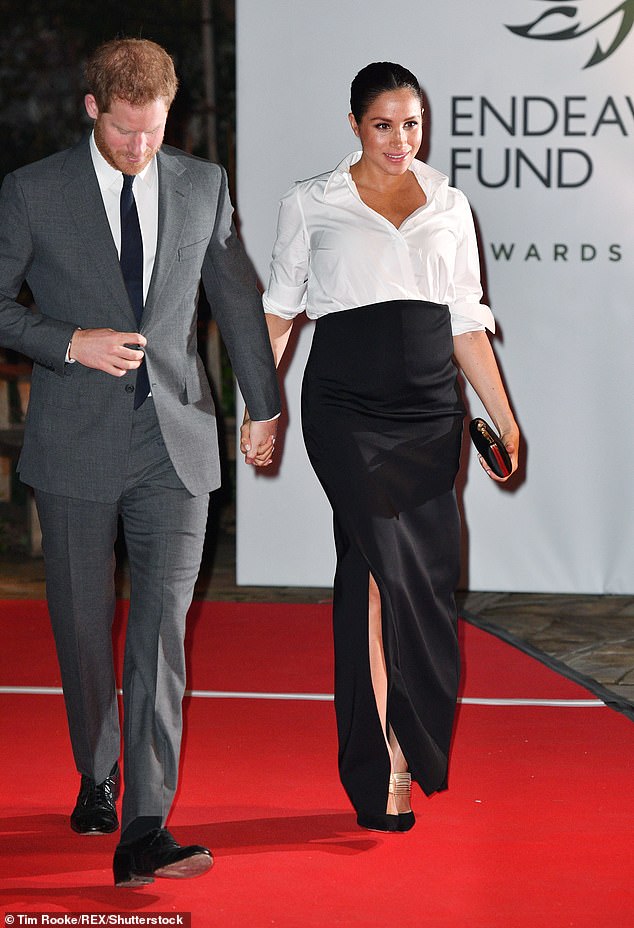 The couple, seen in London at the beginning of the month, will depart London on Saturday 23 February and spend a busy three days carrying out official engagements in Morocco, before returning to the UK on Monday 25 February.