Prince Harry began falling out with William years before Megxit

Prince Harry began falling out with William years before Megxit and tensions came to a head when his brother asked ‘are you sure about this?’ over his plan to marry Meghan Markle, new biography claims

Prince Harry and Prince Williams’ relationship began to break down shortly after the younger royal announced he was going to marry Meghan Markle.

A new biography claims ‘real damaging things were said and done’ in the run up to the wedding.

However, Prince William took his brother aside in November 2017 and asked: ‘Are you sure about this?’

Prince Harry and his brother Prince William fell out over the treatment of his wife Meghan, right and questions about whether he was certain he wanted to marry the American star 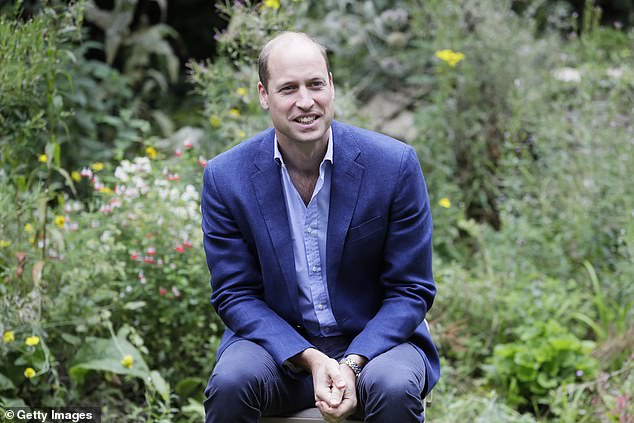 Prince William, pictured, asked his brother in November 2017 whether he was sure he wanted to get married, which caused tension between the princes

According to the book, Finding Freedom by Carolyn Durrand and Omid Scobie, the Cambridges ‘did not make Meghan feel particularly welcome’ when she arrived in Britain.

A source told The Telegraph: ‘It wasn’t a rivalry between the brothers but more a sense that they would be competing over who would lead on their various issues.

‘Harry felt awkward as a plus one. They’d turn up at premieres and there was this sense that he felt a bit like a spare part.

‘Long before Meghan he wanted to change things. He wanted to control his own narrative. He would say, “Why can’t we use social media or record videos and cut out the press?”‘

Kate and William, according to sources were happy with the traditional royal response of ‘never complain, never explain’.

Instead, Harry and Meghan wanted to respond to every negative story.

Royals sources claimed this approach was counter productive with some claiming Meghan was ‘very difficult to work for’.