Prince Harry has delayed flying back to join Meghan and Archie in Canada to thrash out the ‘Megxit’ deal, as he broke cover this evening for the first time since the Sandringham summit.

Prince Harry released a video on the ‘Sussex Royal’ Instagram to reveal the power his Invictus Games had to heal families, just days after he and Meghan announced they were leaving their roles as senior royals.

The Duke of Sussex was using the video to announce that Dusseldorf in Germany would be hosting his sports competition for wounded veterans in 2022.

Harry’s appearance follows the first sighting of Meghan since the crisis talks at Sandringham on Monday. The Duchess was seen smiling as she boarded a sea plane on Vancouver Island in Canada on Tuesday.

On Monday the Queen revealed in a deeply personal statement to the public that she had agreed for Harry and Meghan to begin a ‘new life’ as an ‘independent’ family.

Prince Harry also talked about the power of the games to heal families in the post, days after he and Meghan announced they were stepping down from their roles as senior royals 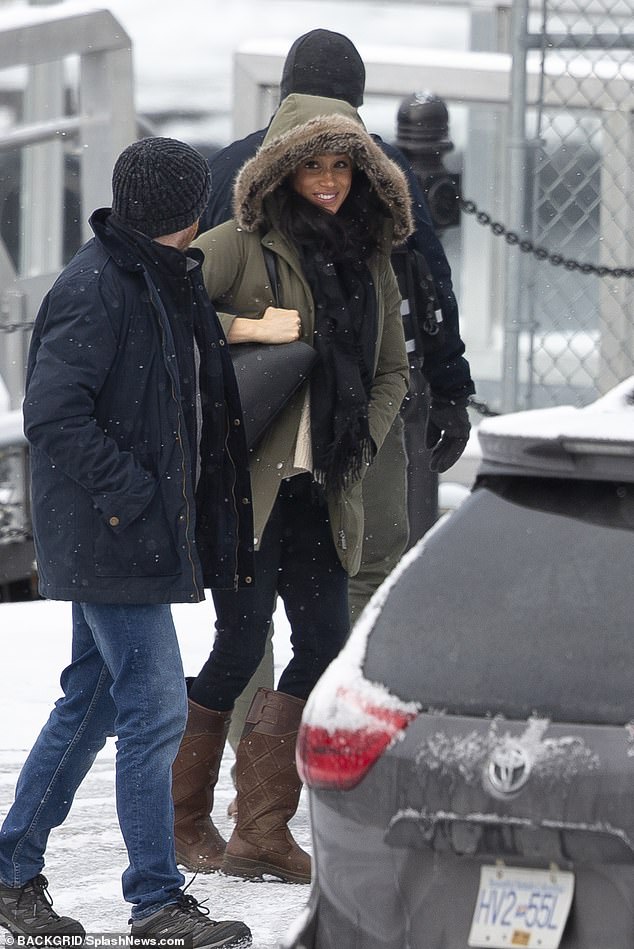 High Court documents revealed Thomas Markle forms part of the newspaper’s defence, after The Mail On Sunday and its parent company Associated Newspapers were accused of unlawfully publishing a letter between the two.