Prince Harry prepared for his barefoot Google Camp speech by treating himself and wife Meghan to £50 pedicures at a five-star hotel.

The Duke and Duchess of Sussex are regulars at the £500-a-night Coworth Park in Ascot.

The Royal couple are said to enjoy massages and spa treatments while baby Archie is having a nap.

An insider told The Sun: ‘Harry and Meghan like regular treatments at Coworth and visited recently for pedicures and massages.’

‘Meghan likes to have the same therapists and a new one has to be supervised by someone she has already approved before they’re allowed to treat her on their own.

‘Harry likes getting his feet done and also has massages due to his polo injuries.’

The couple use a secluded cottage on the hotel’s ground for their treatment where Harry stayed the night before his wedding.

While at last week’s climate change summit in Palermo, Harry is said to have delivered an impassioned speech about the environment and humanitarianism while barefoot. 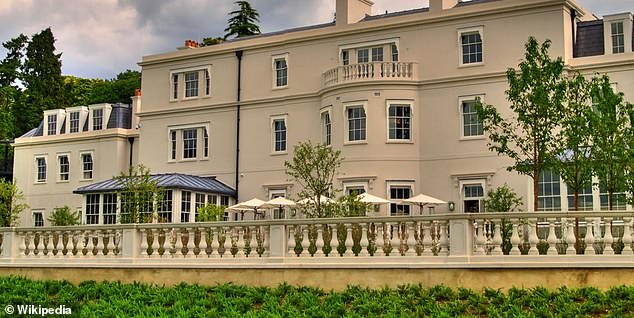 But the Prince was criticised for taking a private jet to the Google Camp as he lectured others about their duty to save the planet.

Google is said to have paid for a private jet and a helicopter to ferry Prince Harry from London to Palmero.

If Harry did travel via private jet, it would have put around three tonnes of carbon into the atmosphere – ten times more than going via commercial airliner.

Harry also warned about the ‘terrifying’ effects of climate change on the world when he revealed this week that he and wife Meghan had decided to limit their family to two children.