Prince Harry has revealed how Meghan Markle helped him break free from the constraints of the Royal Family by explaining that you ‘don’t need to be a princess to create an amazing life.’

The Duke of Sussex, 36, told Dax Shepard’s ‘Armchair Expert’ show about his wife Meghan’s ‘most amazing explanation’ as he spoke about life as a ‘fairytale’ royal compared to the reality.

Speaking in a 90-minute interview on the podcast, Prince Harry was asked by the US host, who is married to Frozen star Kristen Bell, about what it was like growing up as a royal – and how it compared to the portrayal of princes and princesses in movies.

‘My wife had the most amazing explanation,’ the duke explained. ‘You don’t need to be a princess, you can create the life that will be better than any princess. And that’s coming from her own lived experience.’

Prince Harry, 36, has revealed that Meghan Markle gave him words of advice on Royal life and told him: ‘You can create the life better than any princess.’ Pictured, during a video message at played at Global Citizen VAX Live on the night of May 8, 2021 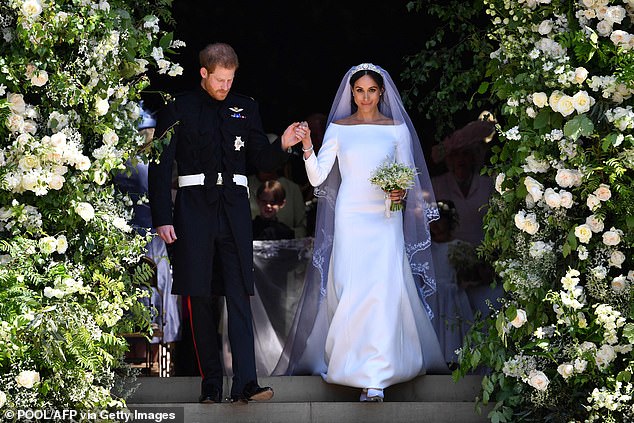 Prince Harry and Meghan Markle (pictured) walk down the west steps of St George’s Chapel, Windsor Castle, in Windsor, on May 19, 2018

Prince Harry went on to say how he would watch Disney films growing up just like other young children.

Host Dax commented how went on to say how that must’ve been ‘bizarre,’ especially when the ‘ultimate prize was to become royalty’ but in reality, it actually didn’t feel ‘all that euphoric.

The Duke of Sussex responded: ‘I do think that the old way of thinking – of the prince and princess – with all these little girls reading these wonderful fairytales going “all I want to be is a princess.”‘

However, Harry went on: ‘and I’m thinking…’to which the host jumps in: ‘It’s not so rad!’ 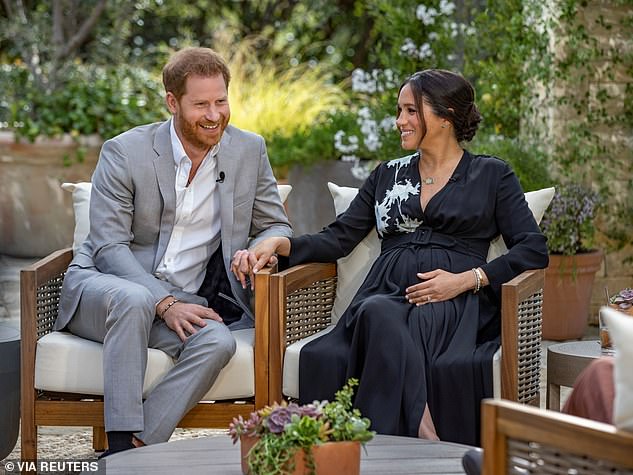 The 36-year-old, who is currently living in his $14million Californian mansion with his wife and son, said he was born into extraordinary privilege but hinted that he believes this has changed since he quit with Meghan last year, saying: ‘You may start in one place but you can change in time’.

Harry also compared his life as a mixture of The Truman Show – when Jim Carrey’s character discovers his life is a TV show – and being an animal at the zoo as he discussed his mental health and listeners insisted he is developing an american twang to his British accent.

The Duke appearance on ‘Armchair Expert’, hosted by Shepard and Monica Padman, may be linked to its move to Spotify from July.

Harry and Meghan have signed a multi-million dollar deal with the streaming firm for their own Archewell Audio channel.