Chelsy Davy has shared a glimpse of her summer getaway in sun-soaked Istanbul.

Prince Harry’s ex, 34, took to Instagram today to post a gallery of pictures from her holiday, which saw her enjoying lunches with a large group of friends and boat rides in the sunshine.

Chelsy, who grew up in Zimbabwe before attending University of Leeds and enjoying an on-off relationship with Prince Harry, 35, from 2004 to 2011, posted the collection of snaps on her Instagram stories, tagging the location as Istanbul.

Another snap, shared with her 33,000 followers, sees Chelsy, dressed in a frilly red frock, with eight other friends, gathered around a table as they enjoy drinks and a meal.

Prince Harry’s ex Chelsy Davy, 34, shared snaps online from a jetset holiday in Istanbul with a host of other friends

Elsewhere the jewellery designer is seen enjoying a boat ride across a huge lake.

Meanwhile in another snap she snuggled up with a friend, tagging the image as ‘reunited’.

Chelsy previously revealed how she was isolating in Norfolk, opting to set up for the coronavirus lockdown near his brother.

In March, she revealed she had flitted to the county, where the Duke and Duchess of Cambridge and family are staying at Anmer Hall, their country home. 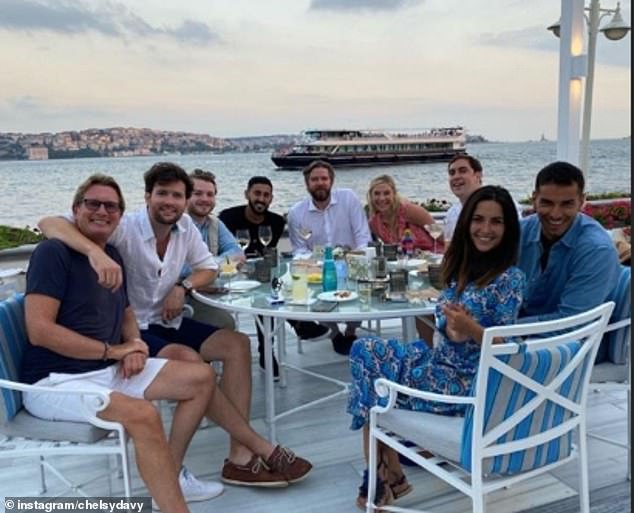 Chelsy Davy dated the prince from 2003 to 2010 and attended the same school as his cousin Eugenie’s husband Jack Brooksbank, mingling in the same society circles in London.

She’s also remained on good terms with Prince Harry and attended his wedding to Meghan at St George’s Chapel in May his other ex-girlfriend Cressida Bonas.

Can Brits holiday in Turkey?

Turkey reopened its borders to UK visitors on 12 June.

Passengers are required to complete a form before arriving.

Face masks are also mandatory in crowded places and on public transport.

The wearing of face masks is also mandatory at all times outside the home in some provinces, including Istanbul.

However, while on hotel property holidaymakers are free to ditch the face-covering.

If caught without a mask in public, holidaymakers could face a fine of up to 900 Turkish Lira (approximately £105).

There is an ongoing curfew for those aged over 65, born after 1 January 2002, or with a chronic medical condition 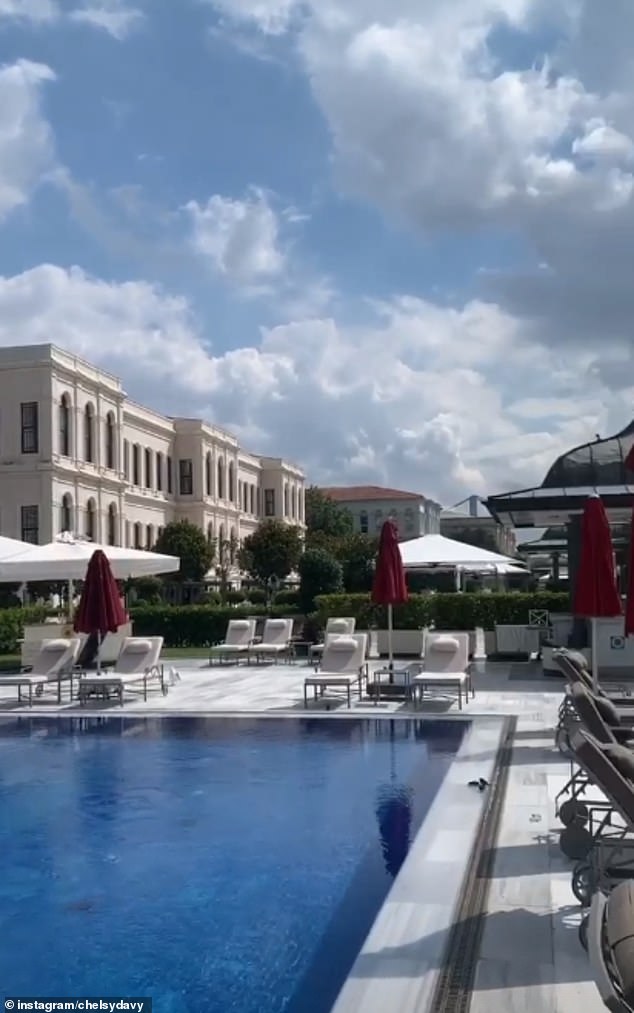 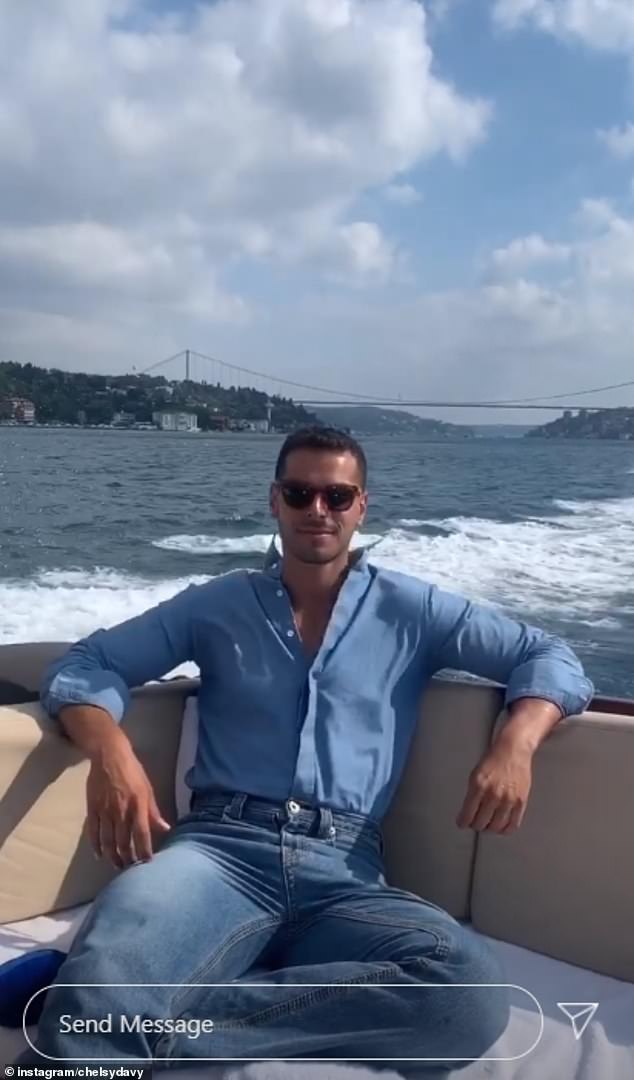 After first meeting while she was a teenager at Cheltenham and then getting together during Harry’s gap year in Cape Town, Davy returned to the UK to study in Leeds and be closer to the young royal.

She has spoken of their time together – and the subsequent media interest – as ‘crazy and scary and uncomfortable’.

The pair broke up in 2010 after a seven-year romance, but Chelsy was still Harry’s date for William and Kate’s wedding in 2011.

Their relationship has been strictly platonic ever since, bar a fling in South Africa in 2015 and she previously said they would always be friends.