Prince Harry’s friends have expressed concern after he ‘cut off’ contact with them while Meghan Markle was pregnant, according to a report in People Magazine, with many ‘no longer having his phone number’.

The Duke of Sussex is claimed to have stopped contacting many of his old friends some six months into his wife’s pregnancy, creating a feeling of ‘resentment’ among them.

However, he is believed to still be in touch with Charlie van Straubenzee, his old prep school companion and now godfather to his son, Archie, and they both attended each other’s weddings just months apart in 2018.

Prince Harry is claimed to have stopped contacting many of his old friends some six months into Meghan Markle’s pregnancy, creating a feeling of ‘resentment’ among them

But others have not been so lucky, according to an ‘insider’ speaking to US People Magazine.

‘Most no longer even have his cell number,’ the unnamed source said. ‘They totally understand that men often drift from their friends after marriage, but there’s still a lot of resentment because they had been so close for so long.’

Previous reports have emerged over recent years that suggest Harry and Meghan have slowly weakened ties with the prince’s old crowd of drinking buddies as they drew closer to the likes of Serena Williams and George and Amal Clooney.

An article published in the May 2019 issue of Tatler magazine claimed Harry had ‘banished’ childhood friend Mr Inskip, affectionately known as ‘Skippy’.

The article stated: ‘Hang out with the Clooney/Beckham/Soho House set and be assailed for being too Hollywood, for forcing your hen-pecked husband to abandon his old, country-set muckers – including Tom “Skippy” Inskip, the ultra-loyal, tight-lipped Harry pal, who, it’s said, advised Harry not to marry Meghan and has paid the price: banishment.’ 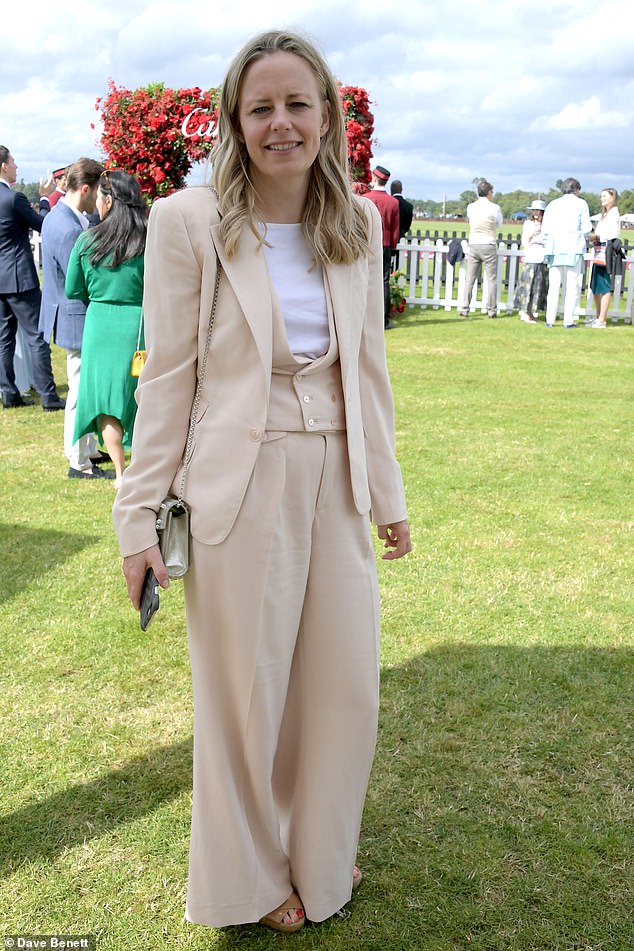 A 2018 report suggested that PR guru Astrid Harbord, a former friend of the prince had been ‘airbrushed out’ of the royal’s life. Pictured, Astrid at the Cartier Queen’s Cup Polo Final 2019 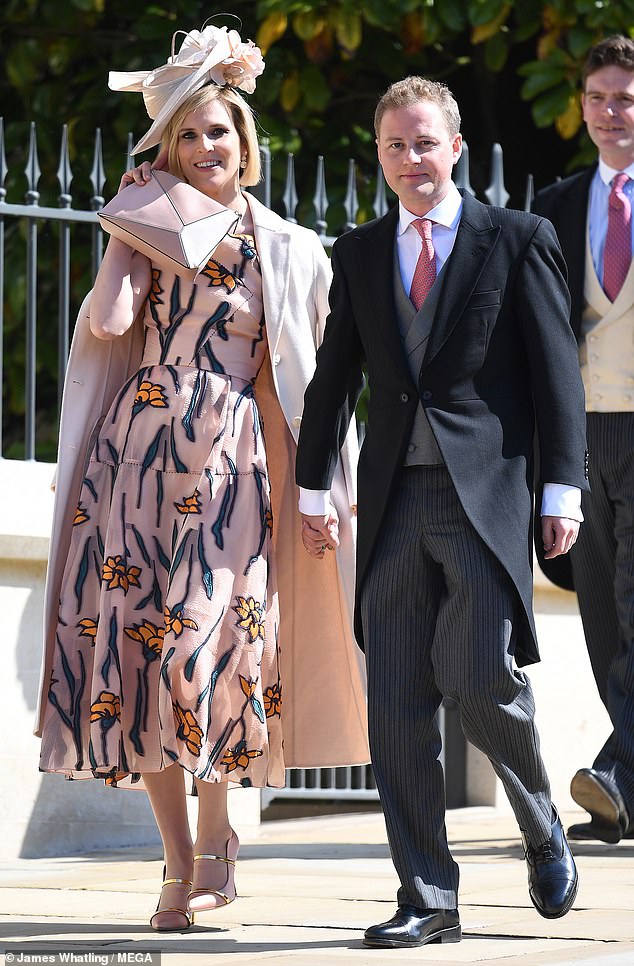 Other rumours suggest Harry has drawn away from nightclub entrepreneur Guy Pelly, who is Prince Louis’ godfather. However Mr Pelly also attended the royal wedding with his wife

A separate report in the Daily Express in October 2018 claimed that Mr Inksip, along with PR guru Astrid Harbord, another former friend of Harry, had been ‘airbrushed out’.

The article stated: ‘Like several others who were considered a questionable influence on Harry during his bad old bachelor days, Tom has been dropped, even though he himself now has a lovely wife, Lara.’

Banker Mr Inskip, who knows Harry from Eton, was with the prince during his infamous trip to Las Vegas in 2012, when the prince was photographed naked during a game of ‘strip billiards’.

Tom also partied with Harry during a trip to Croatia the previous year, when they were photographed jumping into a pool fully-clothed at a nightclub.

The Duke and Duchess of Sussex have invested time into their friends in North America, including actress Abigail Spencer, whom they spent time with over their winter sabbatical. Pictured, Abigail with actress Priyanka Chopra at the Sussexes’ wedding in May 2018

The source added to the Express: ‘It’s all part of Meghan’s quiet airbrushing out of Harry’s old posse. She doesn’t want temptation – of any sort – being put in his way while they concentrate on starting a family.’

Other rumours suggest Harry has drawn away from nightclub entrepreneur Guy Pelly, who is Prince Louis’ godfather.

However both men were invited to the Duke and Duchess of Sussex’s wedding in May 2018, attending with their wives.

Prince Harry also had a key role at Tom’s wedding in Jamaica in 2017, which marked one of Meghan’s first appearances with the royal in public.

Meghan, 38, is regularly seen meeting her old friends, including longtime companion Jessica Mulroney, whose three children served as page boys and a flower girl at her wedding.