Prince Harry’s yoga teacher friend Lady Zoe Warren has revealed how she became society’s go-to wellness guru by teaching how not to ‘run from negative emotions.’

Zoe, 37, who lives in Berkshire and is the daughter of the recently titled 14th Earl of Galloway, became a lockdown hero after raising thousands for the NHS via her online yoga lessons.

The philanthropic yogini requested charity donations in return for her weekly virtual classes, with society chums such as Daisy Hambro and the Duchess of Cambridge’s best friend, Sophie Snuggs, taking part.

‘A lot a lot of us try to run from our negative emotions and we do things that numb them,’ she said, speaking to The Times. ‘So we avoid them. It’s part of being human, and yet they’re seen as negative, and we’re encouraged not to look at them. Whereas if we do, it gives them less power.’

Prince Harry’s friend Lady Zoe Warren who has an ‘anxiety toolkit’ has told how anyone who advocates awareness of mental health is ‘brilliant’ – adding that ‘everyone’s voice is worthy.’ Pictured, with Kate Middleton as she attends the second day of Royal Ascot on June 15, 2016 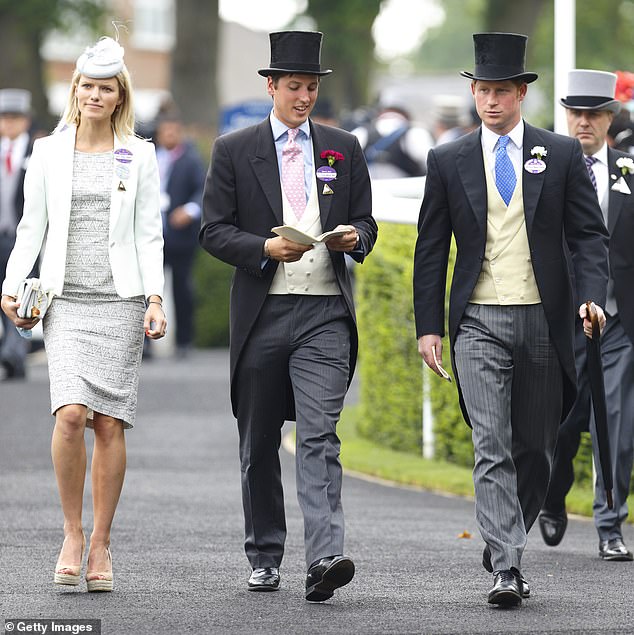 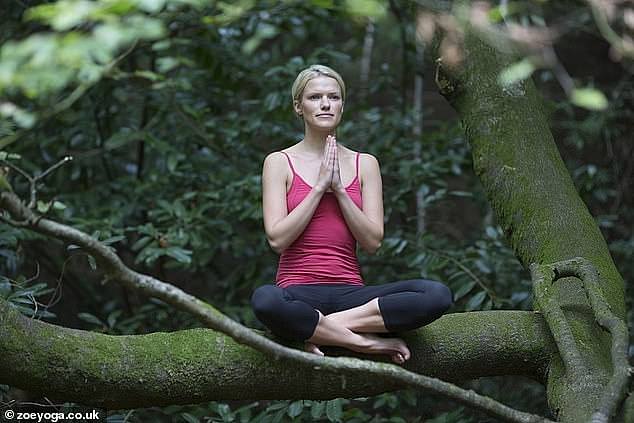 Kind-hearted: Zoe Warren, daughter of the recently titled 14th Earl of Galloway, became a lockdown hero after raising thousands for the NHS via her online yoga lessons

Having trained as a teacher 10 years ago at The Power Yoga Company and Triyoga, the mother-of-two – whose daughter Zalie was a bridesmaid at the Duke and Duchess of Sussex’s wedding – now gives classes at Wasing Park in Hampshire, in between her online tutorials.

Zoe, who admits she’s a ‘worrier’ and can ‘overthink things a lot,’ went on to say that while she hasn’t suffered ‘unduly’ from anxiety, she experienced some time in her twenties where she was ‘trying to be someone else.’

She continued: ‘That gets exhausting. Maybe the older you get, the less you try and perform — and that becomes so freeing, to just be yourself.’

‘You want to be the same person to your children as you are to your friends. When someone is authentic, there’s instant trust.’

Society chums: Daisy Hambro and the Duchess of Cambridge’s best friend, Sophie Snuggs, took part in her virtual classes. Zoe is married to Jake Warren (right together at Princess Eugenie’s wedding), who is a friend of Prince William and Prince Harry. Her daughter Zalie is the Duke of Sussex’s goddaughter and was a bridesmaid at his wedding to Meghan Markle, left

Zoe went on to say that anyone who advocates awareness of mental health is ‘brilliant’ – adding that ‘everyone’s voice is worthy’ whether you’re ‘well known or not well known.’

The yoga enthusiast, who didn’t reference Prince Harry directly, said: ‘I completely think that anyone who is advocating awareness of mental health – it’s brilliant. Whatever anyone can do.

‘Everyone’s voice is worthy, isn’t it? Whether you are well known or not well known. Everyone’s story is worthy.’

She added: ‘And so yes, I think it is really important. I wish everyone luck with all they do when people are trying to create more contentment, more awareness.’

When mentioned, she went on to clarify she couldn’t speak about Prince Harry’s five-part AppleTV+ docuseries The Me You Can’t See which focuses on mental health – adding that she knows ‘nothing about it.’

During the episode, the Duke of Sussex dropped another nuclear ‘truth bomb’ on the Royal Family accusing them of ‘total silence’ and ‘neglect’ when Meghan was suicidal.

He claimed his father Prince Charles made him ‘suffer’ as a child and insisted he would not be ‘bullied into silence’ when he alleged ‘The Firm’ ‘trapped’, smeared and dumped them.