Duke of Edinburgh is admitted to London’s King Edward VII hospital after ‘feeling unwell’: Prince Philip, 99, is in ‘good spirits’ as he ‘walks unaided’ into hospital – but his condition is ‘not Covid related’

By Jack Elsom and Mark Duell for MailOnline

The Duke of Edinburgh has been admitted to hospital on the advice of his doctor after feeling unwell, Buckingham Palace has said.

Prince Philip, 99, was last night taken to the private King Edward VII Hospital in Marylebone, London, as a ‘precautionary measure’ and is expected to remain there for a few days.

His illness is not Covid-related and it is understood the decision to admit him was taken with an ‘abundance’ of caution.

Philip was driven to the hospital by car before walking in unaided. Royal sources added that he remains in ‘good spirits’ and that the Queen has stayed at Windsor Castle.

The Duke of Edinburgh was last night admitted to hospital on the advice of his doctor after feeling unwell, Buckingham Palace has said (pictured at Balmoral in August 2020)

The last photograph of Philip was in November, where the Duke and Queen looked at their homemade card, given to them by their great-grandchildren Prince George, Princess Charlotte and Prince Louis ahead of their 73rd wedding anniversary 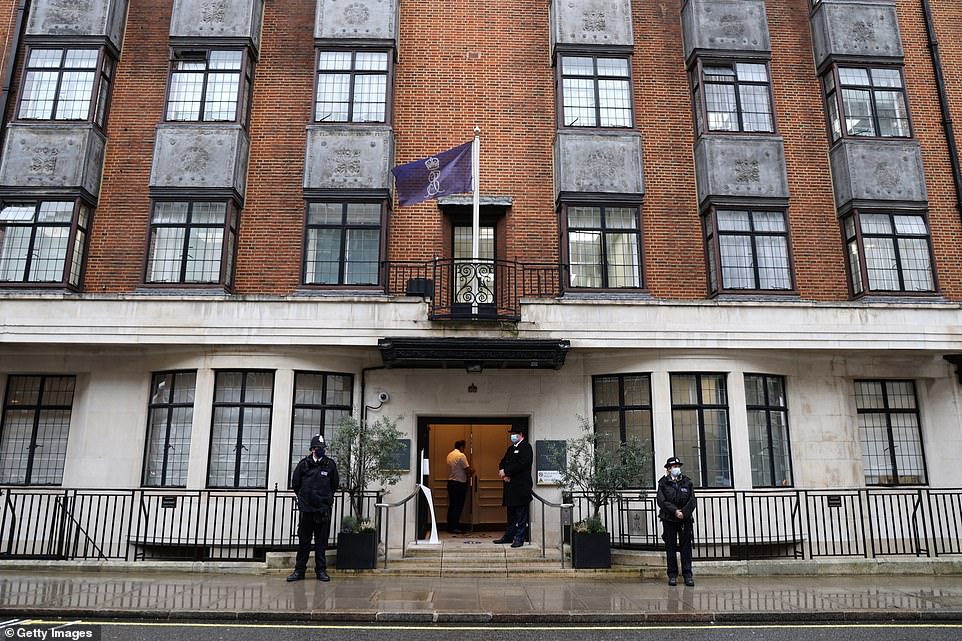 Police officers stand at the entrance of The King Edward VII hospital where Prince Philip, Duke of Edinburgh is currently receiving treatment

In a statement, Buckingham Palace said: ‘His Royal Highness The Duke of Edinburgh was admitted to the King Edward VII Hospital in London, on Tuesday evening.

‘The Duke’s admission is a precautionary measure, on the advice of His Royal Highness’s Doctor, after feeling unwell. The Duke is expected to remain in hospital for a few days of observation and rest.’

Boris Johnson this afternoon led the nation in sending his best wishes to the Duke for a speedy recovery.

A No10 spokesman said: ‘The Prime Minister sends his best wishes to the Duke of Edinburgh as he undergoes a few days of rest in hospital.’

Police officers were this afternoon standing guard outside the private central London hospital where Philip is being treated.

Last month it was announced that both the Duke and the Queen had received their first dose of the coronavirus vaccine, as their age puts them in the high-risk category.

Philip has suffered a number of ailments over the years, including being treated for a blocked coronary artery at Papworth Hospital in Cambridgeshire in December 2011 and a bladder infection in June 2012, forcing him to miss the Queen’s Diamond Jubilee celebrations. 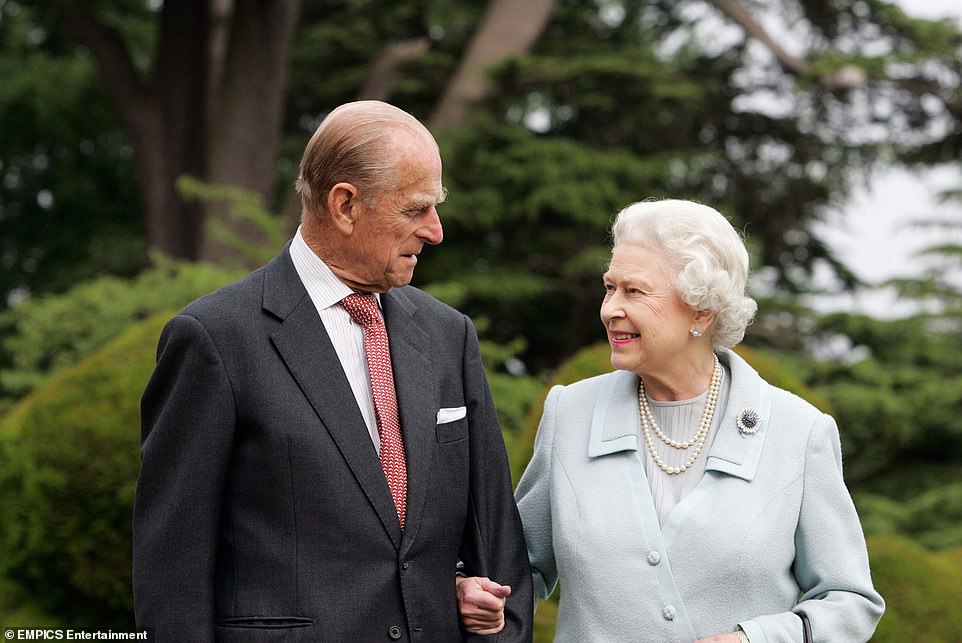 Exploratory surgery on his abdomen followed in June 2013 and he began to use hearing aids by 2014, aged 93.

He later pulled out of a Battle of Jutland anniversary event in June 2016 citing a minor ailment which was followed soon after by his retirement from public duty in 2017.

He spent four nights at King Edward Hospital in December 2019, where he was treated for a ‘pre-existing condition’ and was later discharged on Christmas Eve.

The Duke was then driven to Sandringham and spent Christmas with the Queen.

In 2017 Buckingham Palace announced Philip would be retiring from public life, meaning he no longer carries out royal duties.

The last photograph of him was in November, when the Palace released pictures of him and the monarch inspecting a homemade 73rd wedding anniversary card made by their great-grandchildren Prince George, Princess Charlotte and Prince Louis. 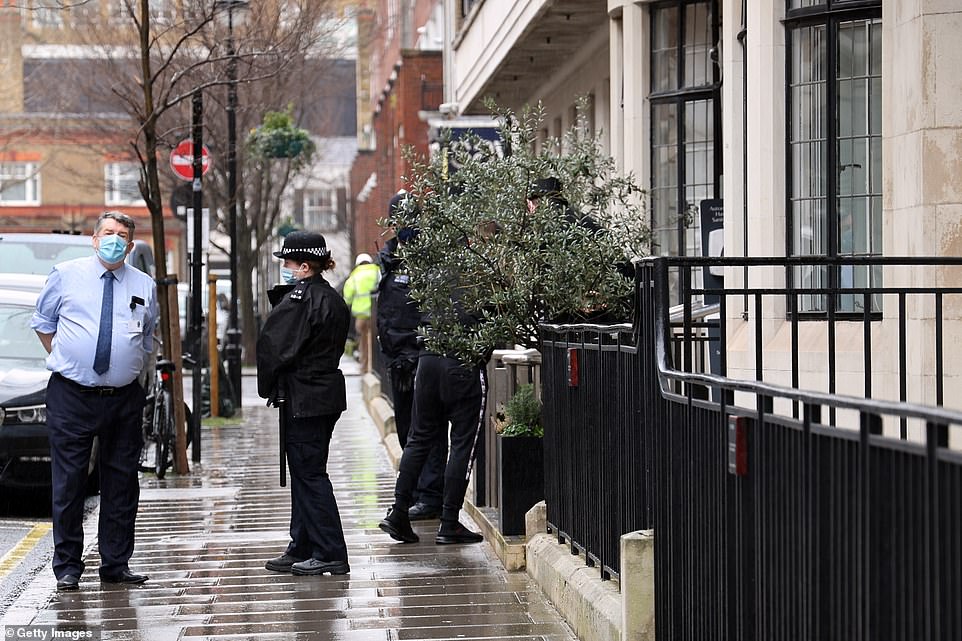 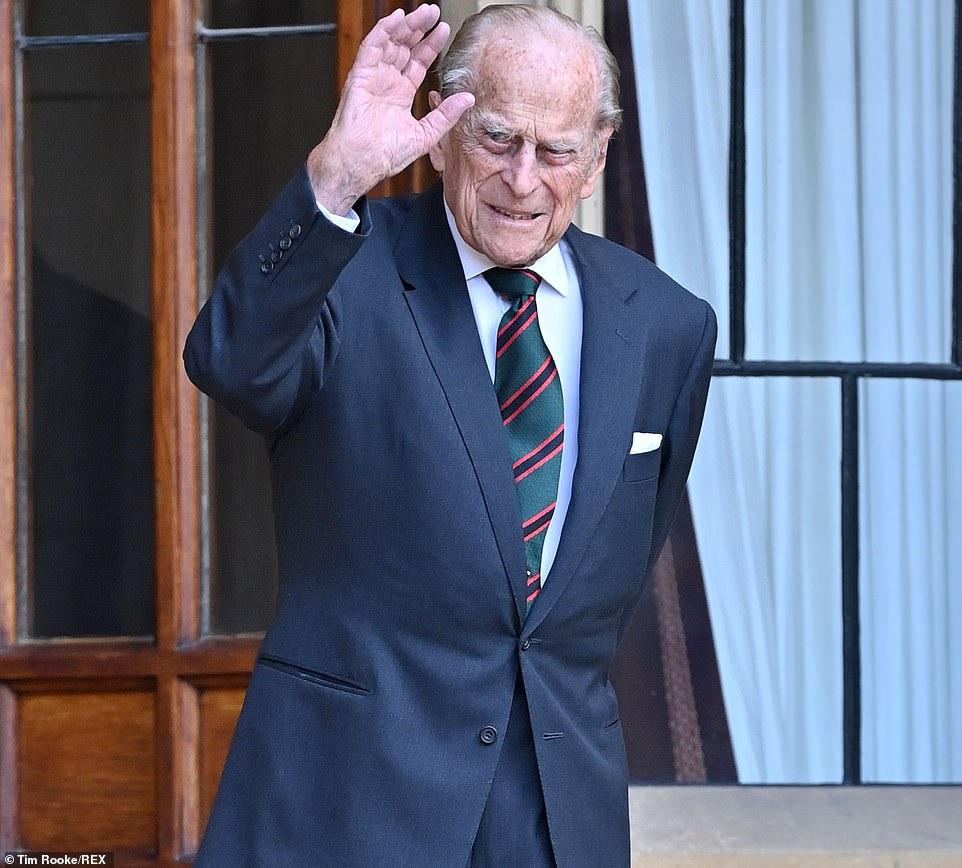 Prince Philip, 99, was taken to the King Edward VII Hospital in London as a ‘precautionary measure’ and will remain there for a few days (pictured in July 2020)

FROM A BLOCKED CORONARY ARTERY TO A URINARY INFECTION, PRINCE PHILIP’S AILMENTS OVER THE PAST 10 YEARS

Prince Philip has enjoyed excellent health for a 98-year-old and still enjoys an active lifestyle.

He broke a bone in his left ankle in a collision on the polo field in 1961.

Polo also left him suffering from arthritis in his right wrist, a condition made worse by shaking many thousands of hands at official functions.

But in recent years he has struggled a little more with illness, suffering from a number of ailments over the past decade, including:

· December 2011, four days in hospital: Prince Philip is airlifted to Papworth Hospital in Cambridgeshire from Sandringham two days before Christmas after suffering chest pains, and undergoes surgery for a blocked coronary artery

· June 2012, six days: Philip is taken to hospital after developing a urinary infection during the river pageant to mark the Queen’s Diamond Jubilee

· June 2013, 11 days: He has abdominal surgery for an undisclosed condition and spends his 92nd birthday in hospital

· December 2016: Both the Queen and Philip suddenly cancel plans to leave London for their festive break in Norfolk after they both come down with heavy colds

· June 2016: The Duke pulls out of a Battle of Jutland anniversary event citing a minor ailment

· June 2017, three days: Philip is admitted to hospital as ‘a precautionary measure’ for an infection arising from a pre-existing condition

· December 2019, five days: He is treated at King Edward Hospital in London for a ‘pre-existing condition’