The Duke of Edinburgh privately supported nuclear disarmament and was an opponent of the Cold War arms race, newly declassified documents reveal.

Private correspondence between Prince Philip and the anti-nuclear activist Lord Brockway shows that the Duke, a passionate defender of the armed forces who saw active service during the Second World War, was an advocate of détente.

It was reported that Lord Brockway, a Labour parliamentarian, wrote to the Duke on February 12, 1981, and provided a copy of a speech given by Earl Mountbatten in 1979 to the Stockholm International Peace Research Institute.

The Duke of Edinburgh privately supported nuclear disarmament and was an opponent of the Cold War arms race, despite being a passionate advocate of the Armed Forces for 60 years, newly declassified documents reveal

In the address, the Earl – Prince Philip’s uncle – said: ‘As a military man who has given half a century of active service, I say in all sincerity that the nuclear arms race has no military purpose.

‘Their existence only adds to our perils.’

According to the Times, the Duke responded to the letter five days later and wrote that he agreed with ‘everything’ Lord Mountbatten had said.

He states: ‘Thank you for the copy of Lord Mountbatten’s Stockholm speech. I agree with everything he said.

‘I agree that the arms race is ridiculous.’ 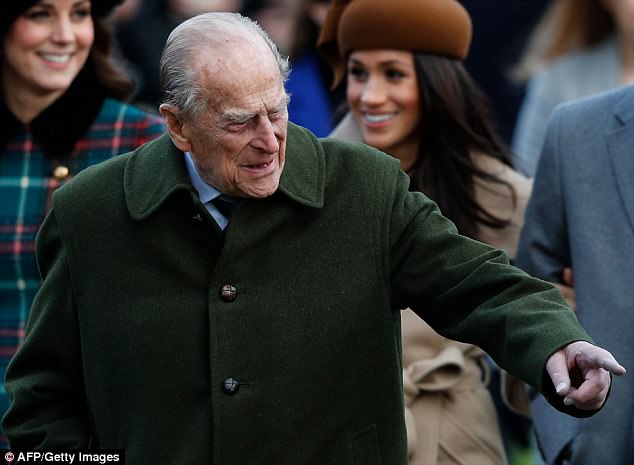 Prince Philip, who retired from public life this year at the age of 96, said he thought the arms race was ridiculous

The Duke – who retired from public life this year at the age of 96 – has for the past 60 years been a passionate advocate of the Armed Forces and was Captain General of the Royal Marines until he stepped down this year.

His correspondence with Lord Brockway also contained references to inaccurate reports that the Duke believed a ‘successful defensive nuclear war’ was a possibility.

Prince Philip claimed comments made after he gave the inaugural Earl Mountbatten lecture to the Cambridge Union on February 9, 1981, did not accurately reflect his opinion.

He said: ‘I said I was in favour of multilateral disarmament and the SALT (Strategic Arms Limitation Talks) Treaties. I added that it was possible that there had not been another major war in the last 30 years because world leaders realised what a horror they would unleash on the world.’

In their correspondence, the duke revealed he believed serving in the military conflicted with service people’s desire for peace.

He said: ‘Service people also have a certain idealism.

‘Why else should they be prepared to lose their lives?

‘It is just because they are so much at risk and because they know the risks, that they are interested in keeping the peace … Security and peace depend upon being prepared for every eventuality, not in creating conflict where none is needed.’

The private letters had been due to remain closed until 2022, but were released to the public and placed in the National Archives after a routine review – the correspondence had been bequeathed to the country.

Prince Philip remains Lord High Admiral of the Royal Navy, having ended his active service in 1951.

The duke’s biographer Gyles Brandreth, claimed his interests in worldwide issues including cultures, faith and the environment had been overlooked.

‘He is pragmatic and thoughtful and likes to challenge accepted ideas … In the 1980s he was particularly preoccupied with the relationship between faith, the environment and the future of the planet,’ Mr Brandreth told The Times.

‘It hasn’t received much coverage over the years simply because the caricature of the gaffe-prone prince took hold and was difficult to shake off.

‘I think it frustrated him at times.’

Lord Brockway’s private correspondence with the duke was bequeathed to the nation. It was due to remain closed until 2022, but has now been opened to the public and placed in the National Archives at Kew after a routine review.

Prince Philip ended his active naval service in July 1951. He remains Lord High Admiral of the Royal Navy but stepped down as Captain General of the Royal Marines this year.