Prince Philip belied his 96 years as he strode purposefully towards St Mary Magdalene Church at Sandringham.

While the Queen, elegant in bright blue, opted for the warmer option of staying in the royal car, the Duke of Edinburgh looked more than happy to take the air.

Accompanied by a female companion, Prince Philip looked in good spirits as he walked past well-wishers who’d gathered to spot the royals, including Princess Anne, who joined her parents at the church service.

The Duke of Edinburgh walking to church at Sandringham this morning. The 96-year-old prince has regularly eschewed the car in favour of a Sunday morning stroll 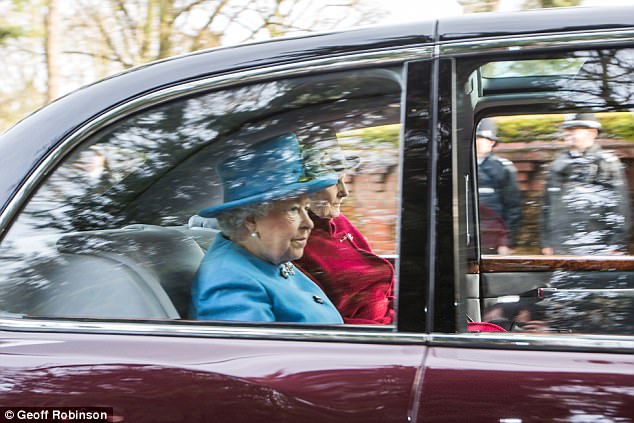 Meanwhile the Queen, radiant in bright blue, kept the January weather at bay by staying in the car for the short walk to St Mary Magdalene Church at Sandringham 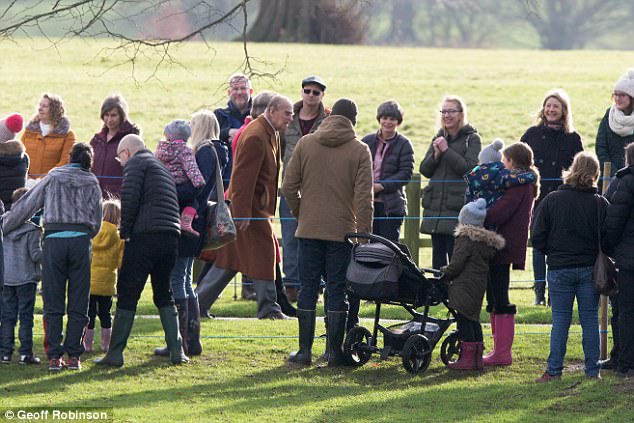 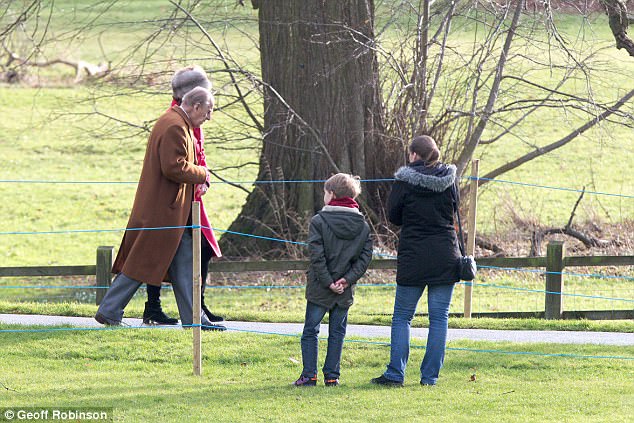 The Duke, who retired from public duty last year, will celebrate his 97th birthday in June

As has become the norm, well-wishers hoping to catch a glimpse of the royals on their visit to the Sandringham church were subject to a heavy police presence with security checks being made along the route.

There was plenty of jollity too however, with one policeman offering his police custodian hat to a couple of delighted young boys, who quickly grasped it from him.

The Queen and Prince Philip are enjoying their extended festive break in Norfolk, having arrived at the royal estate back in December before they welcomed the rest of the family – including Meghan Markle and Prince Harry – for festive celebrations.

Philip, who will celebrate his 97th birthday in June, has frequently chosen to walk the route to St Mary Magdalene Church in recent weeks, with the Queen preferring the short drive between the estate and the church.

The prince retired from official public duties last summer but has continued to be photographed looking sprightly and in good spirits. 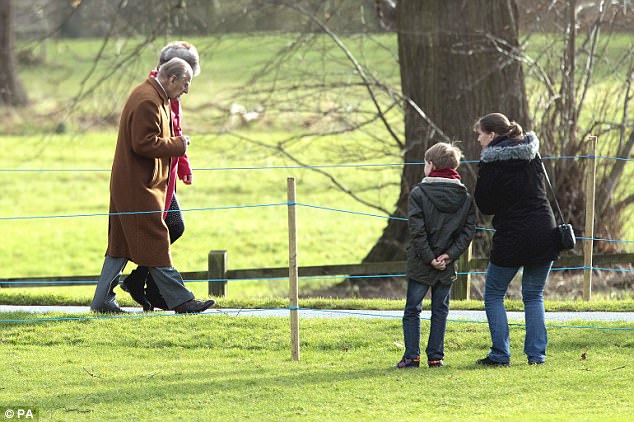 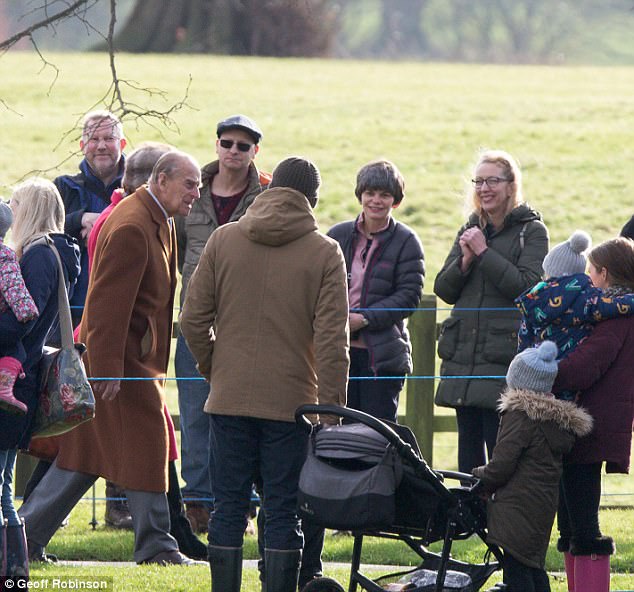 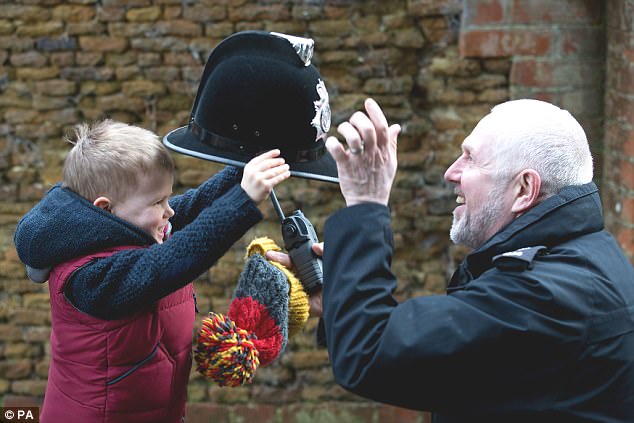 I’ll take that! A young fan of the royals enjoys swapping hat with a policeman close to St Mary Magdalene Church on the Sandringham estate 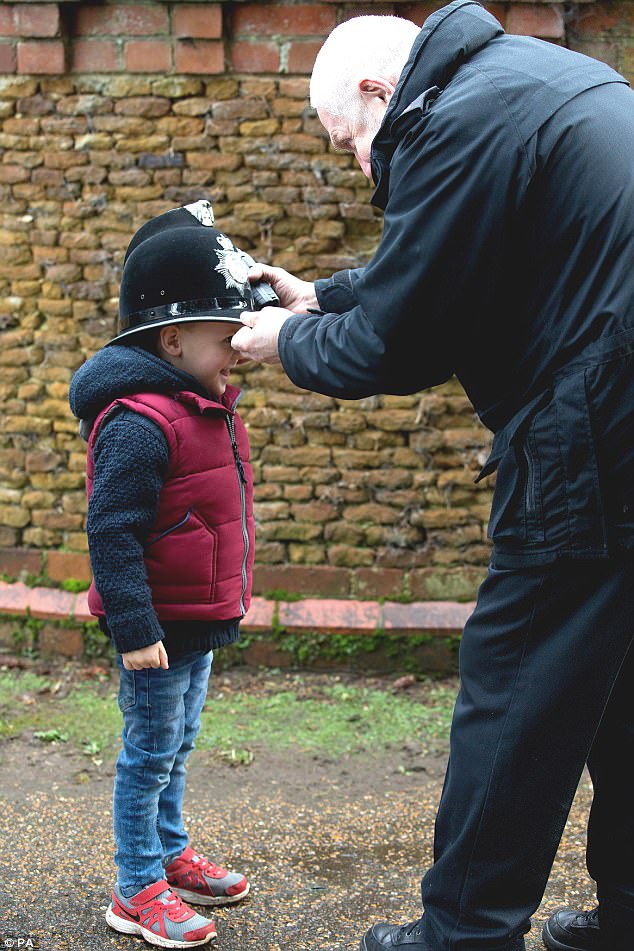 It suits you! Security is ever-tight at the royal estate in Norfolk but the police officers on duty frequently enjoy some fun with those who gather for a glimpse of the Queen 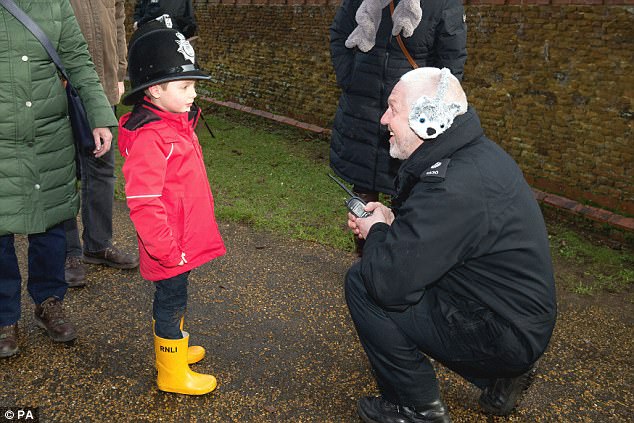 Another officer in the making! A red-coated youngster also tries the black helmet for size