The Duke and Duchess of Cambridge will become full-time working royals next week, just as their son Prince George starts school.

William and Kate have now moved back to Kensington Palace in London, their official royal residence, after the prince gave up his part-time job as an air ambulance pilot in Norfolk.

Yesterday Kensington Palace confirmed they would steadily increase the number of duties they undertake on behalf of the Queen and announced a string of engagements to kickstart their new roles, which come after 96-year-old Prince Philip retired.

The Duke and Duchess of Cambridge will become full-time working royals next week, just as their son Prince George starts school

The duke and duchess – who have spent the last two years in relative seclusion at Anmer Hall on the Queen’s Sandringham Estate in Norfolk – have been accused of failing to pull their weight, undertaking fewer than 200 engagements a year each while the Queen, 91, last year conducted 385.

Their upcoming meetings include a visit to a children’s centre for Kate, while William will speak at the national Mental Health and Policing conference, and hold a reception for the England under-20s football team. 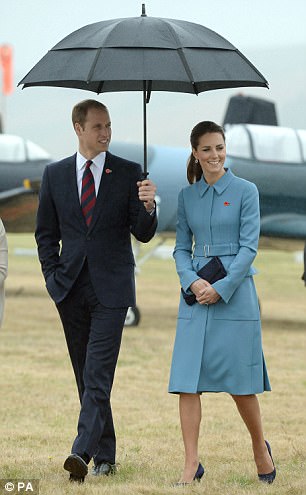 As well as increasing their royal duties, they will continue their work for their own charities, including their Heads Together campaign on mental health.

William will also do more to highlight issues such as homelessness, bullying and conservation, while Kate will focus attention on addiction and family breakdown.

Kensington Palace also confirmed the duke and duchess and Prince Harry will all undertake overseas visits this autumn.

As George starts school, his parents are determined he will be more ‘protected’ than William and Harry were when they were dropped off by their mother Princess Diana at pre-prep school Wetherby in Kensington greeted by hundreds of cameras.

This time, just a handful of photographers will be allowed as George arrives at school accompanied by his parents.

An aide said: ‘They acknowledge there is huge interest in their son’s first day at school and hope this will ensure such an important, happy moment is recorded with minimum disruption for the school and other children.’

When George started nursery in Norfolk no photographers were present and the couple simply issued a photograph taken by the duchess herself. 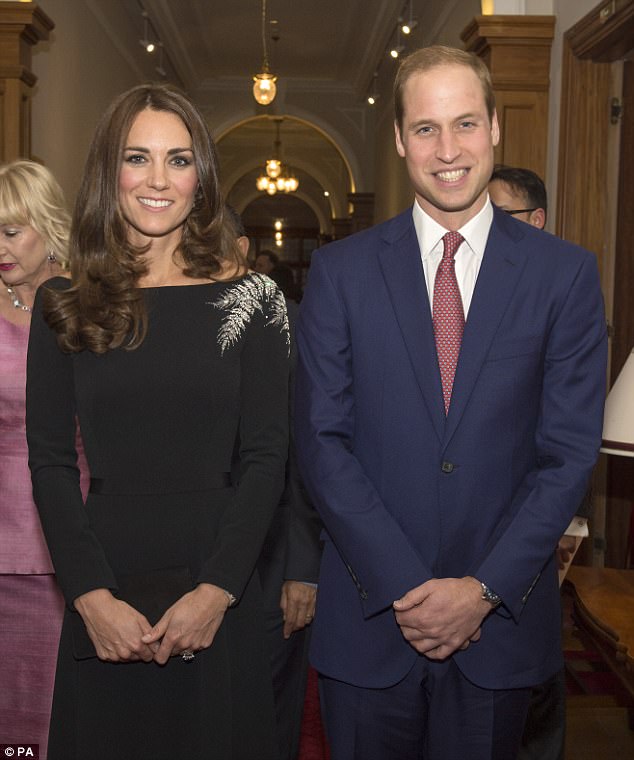 Thomas’s, which costs up to £20,000 a year, has been described by the Good Schools Guide as ‘oversubscribed’ and for ‘cosmopolitan parents who want their children to have the best English education money can buy’.

Princess Charlotte, two, will start nursery in the next few months. As Thomas’s has its own kindergarten, it is expected she will follow in George’s footsteps.

Kensington Palace said: ‘Following the duke’s departure from the East Anglian Air Ambulance, the duke and duchess will increasingly base their family at Kensington Palace … [and] continue to increase their official work on behalf of the Queen and for the charities and causes they support.’