Prince William, Kate Middleton and other royals join the Queen at Balmoral

The Queen and the Duke of Edinburgh were joined by Prince William and his wife Kate for lunch today as the Royal Family get away for their summer break in Balmoral following a turbulent week.

The Duke and Duchess of Cambridge were seen jumping out of a Range Rover on the Queen’s Scottish estate this afternoon after they flew up to Aberdeen on a budget flight yesterday.

The Queen, wearing a tartan kilt, woolen jumper and dark green sleeveless coat, was seen getting into her own vehicle to drive around the estate and Prince Philip was also seen out and about in the grounds of the castle with his daughter Princess Anne.

It has been a tough week for the Royals, with renewed examination of Prince Andrew’s friendship with the late billionaire Jeffrey Epstein coming at the same time as Prince Harry and his wife Meghan face scrutiny of their repeated use of private jets this summer. 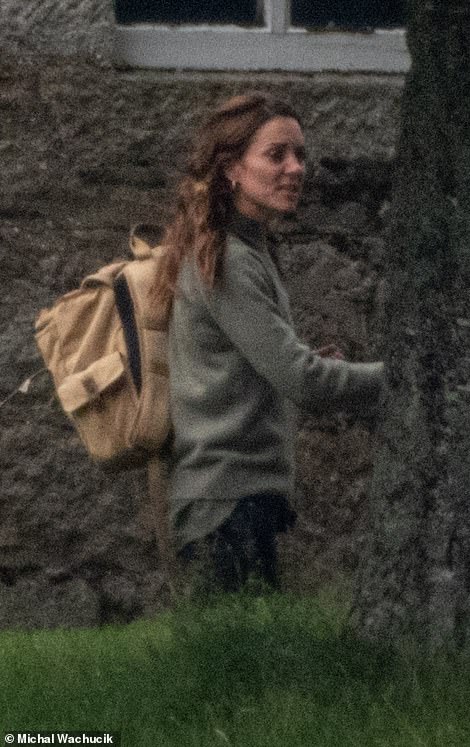 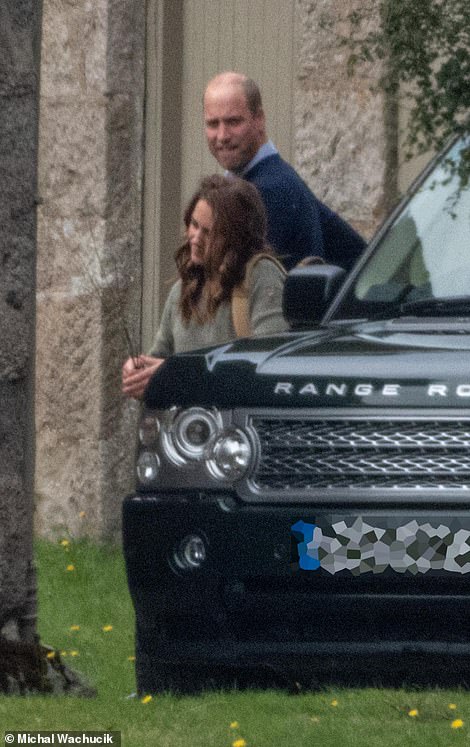 The Duchess of Cambridge and her husband, Prince William, were seen enjoying the peace and quiet of the grounds of the Queen’s Balmoral Castle in Scotland today as the Royal Family enjoy their annual summer get-together on the Scottish estate 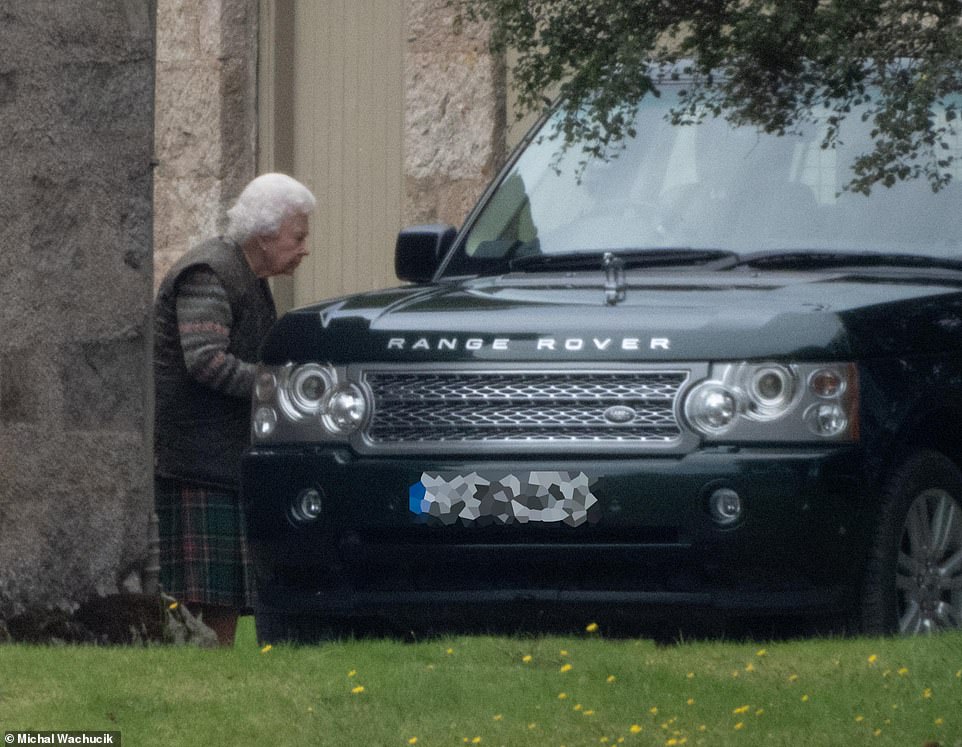 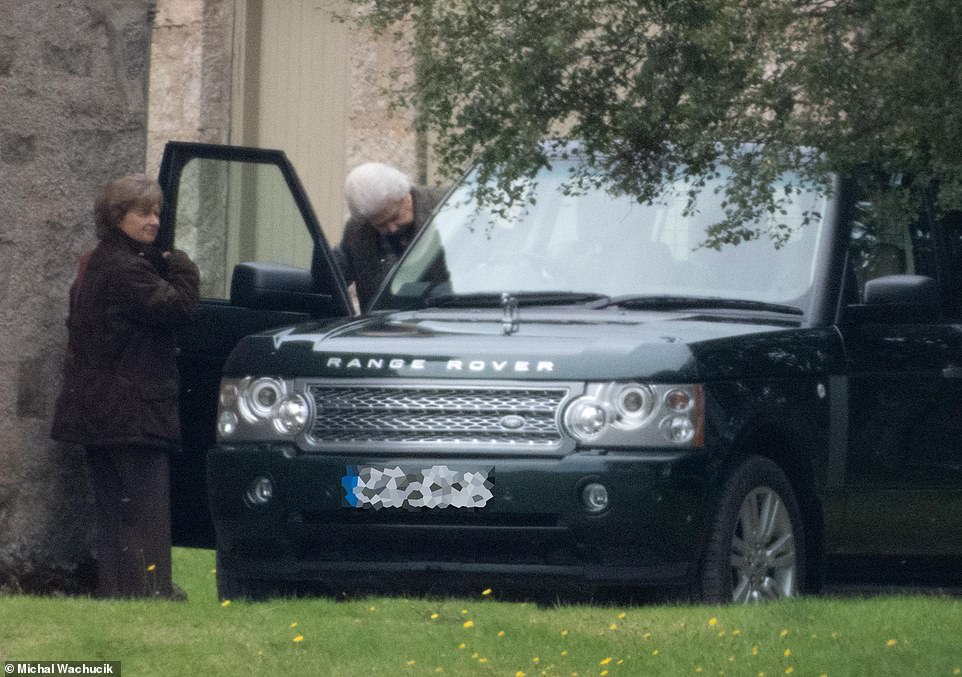 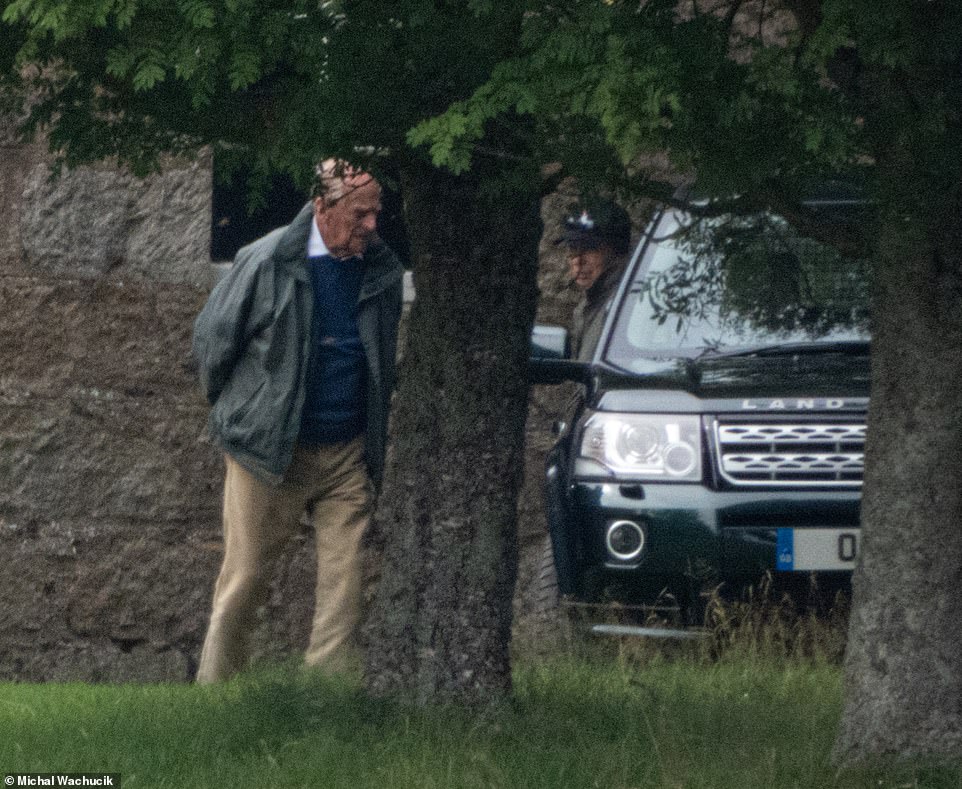 The Duke of Edinburgh, 98, was also seen out for a stroll in the grounds of the estate today, with his daughter Princess Anne 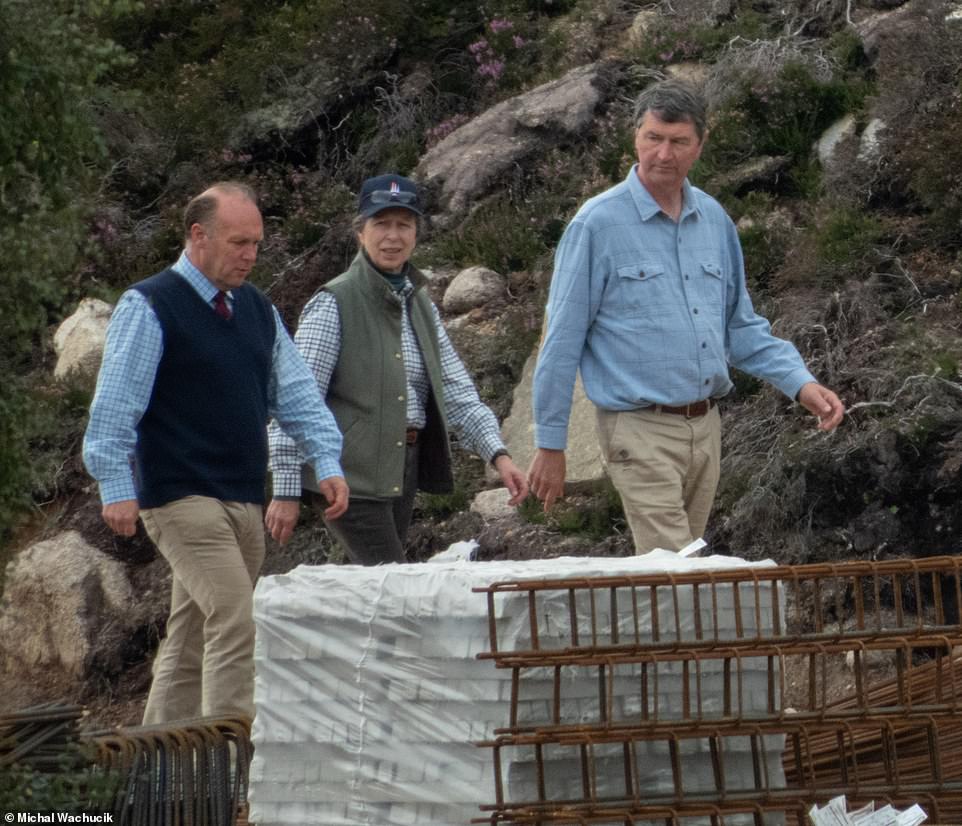 The death of Jeffrey Epstein in a New York jail has seen a renewed examination of Prince Andrew’s friendship with the disgraced billionaire over the last week.

Today it emerged that, in a 2013 letter by US literary agent John Brockman, it was claimed Andrew had been seen receiving a foot massage from two young Russian women at Epstein’s £65m New York apartment.

Andrew has repeatedly denied any knowledge of Epstein’s alleged behaviour, but questions over his wisdom in continuing the friendship have refused to go away.

Buckingham Palace said in a statement said this week: ‘The Duke of York has been appalled by the recent reports of Jeffrey Epstein’s alleged crimes… and the suggestion he would condone, participate in or encourage any such behaviour is abhorrent.’

He was not seen in Scotland today, and was last spotted with his bodyguard at the Real Club Valderrama, one of the most exclusive courses in Europe, in southern Spain. 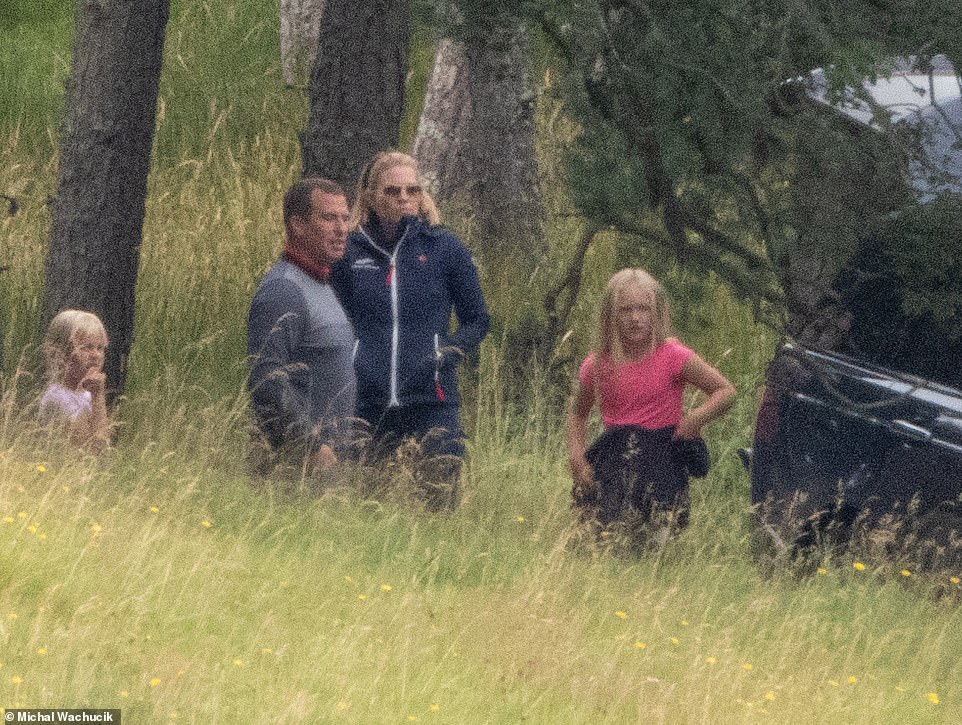 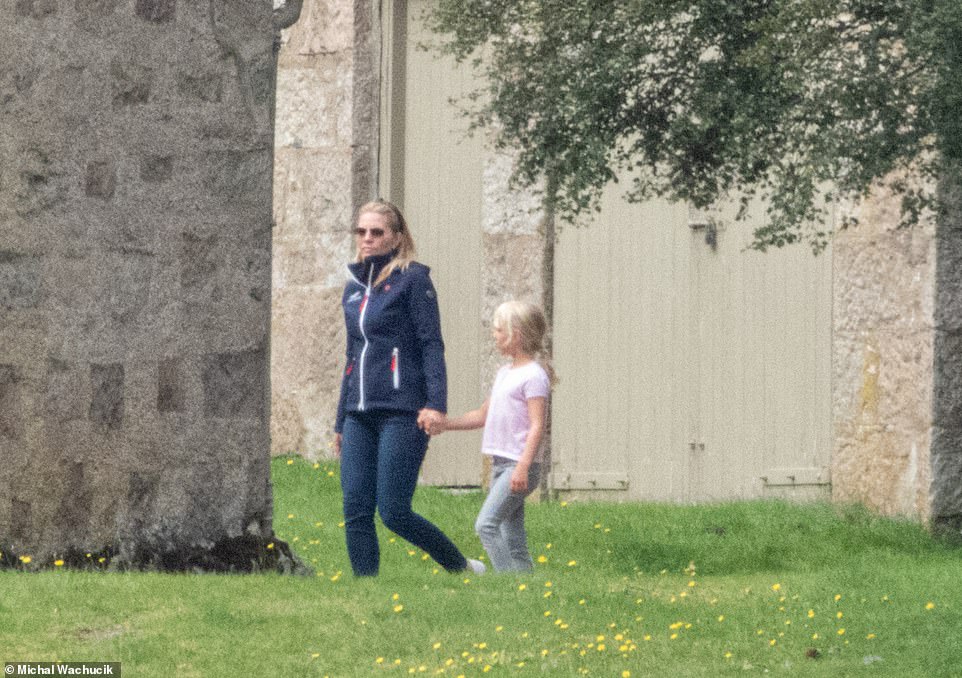 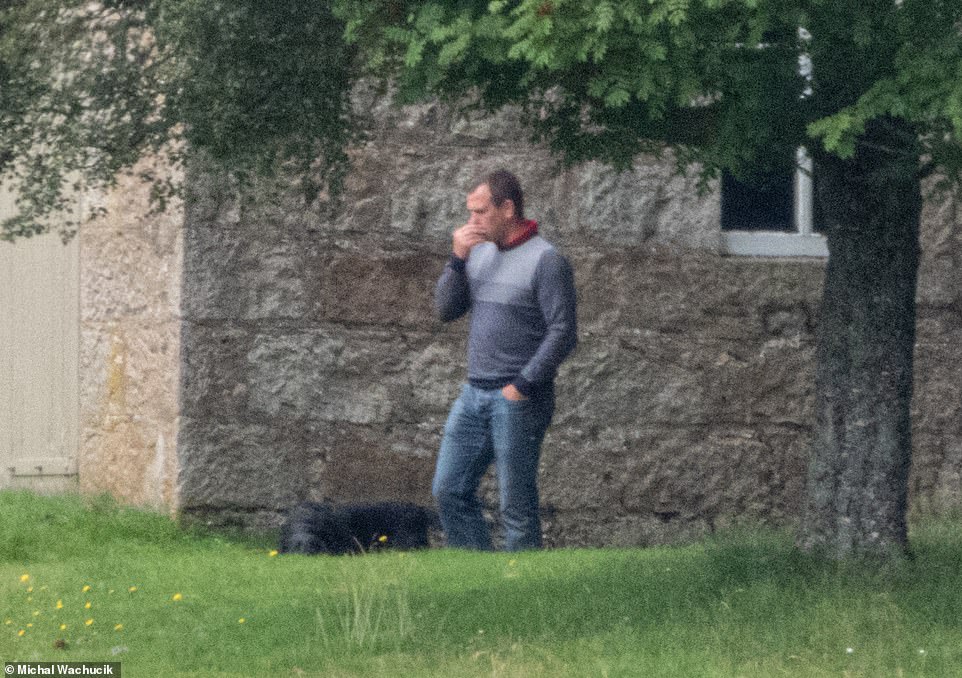 Her husband, Peter Phillips, who is the Queen’s grandson wore a striped grey jumper and casual jeans as he walked the dog 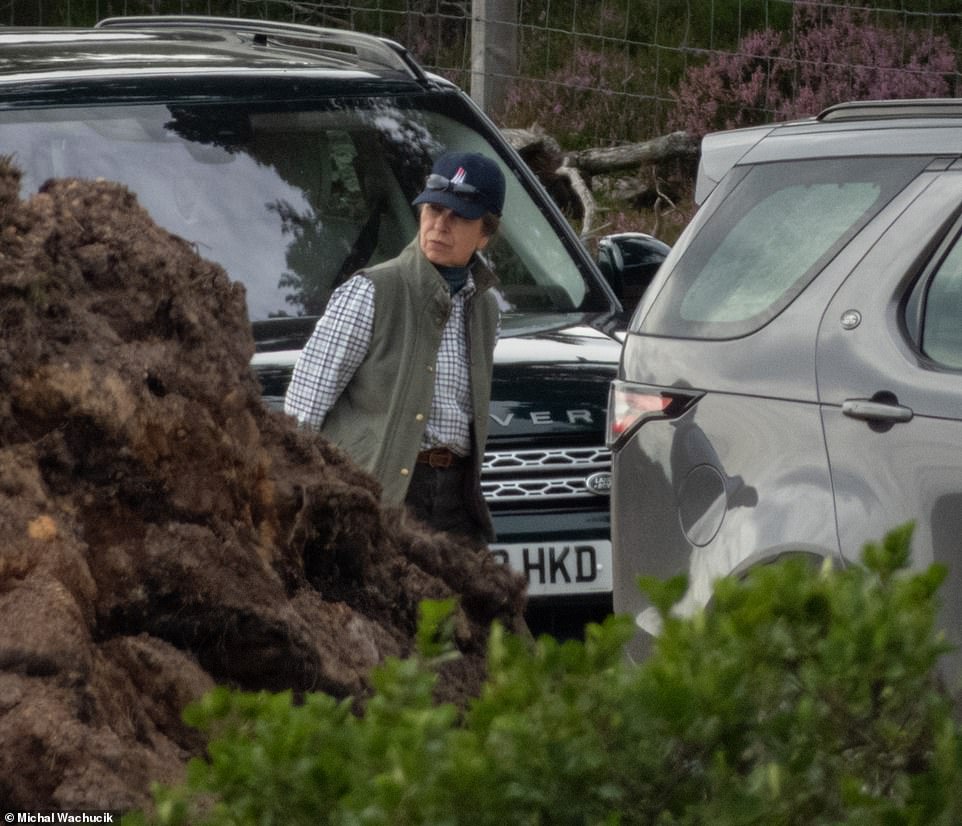 Meanwhile, in a further headache for the Royal Family, Prince Harry and his wife Meghan, have been criticised over their use of a private jet four times in 11 days travelling on holiday to locations on Ibiza and in the south of France this summer.

The issue was reignited yesterday when Prince William and his family were seen taking a budget flight from Norwich to Scotland, leading some commentators to contrast the behaviour of the two princes.

The Duke and Duchess of Sussex are expected to join the Royals in Balmoral shortly, though it is not thought they have arrived yet.