Having royal protection officers at your beck and call has its advantages.

For the Duke of Cambridge has revealed how, as a schoolboy footballer, he asked a bodyguard to ward off a rival player by posing as a sniper.

William said when he played ‘everyone wanted to break my legs’ so he once asked a policeman to shine a laser’s red dot on the troublesome opponent – although the trick only worked to keep him away for away for ten minutes.

The future king’s candid comments came as he shared embarrassing stories over a pint during an appearance on BBC Radio Five Live’s That Peter Crouch Podcast. During the chat at Kensington Palace, they had a curry delivered.

The Duke of Cambridge revealed ‘everyone wanted to break my legs’ playing football, so he once asked a policeman to shine a laser’s red dot on a troublesome opponent

The duke also spoke about the Heads Up campaign to get football fans talking about their emotions.

During the wide-ranging chat, he revealed he enjoyed a stag do in Blackpool, Queen’s Bohemian Rhapsody is his go-to karaoke song, and a pair of binoculars given to Kate as a present early in their relationship was not well received.

During the podcast, recorded before lockdown started and featuring a catch-up video call from earlier this month, William said: ‘A long time ago, I got one of my policemen to take a laser pen out with them. And I got him to red mark, red dot one of the players. 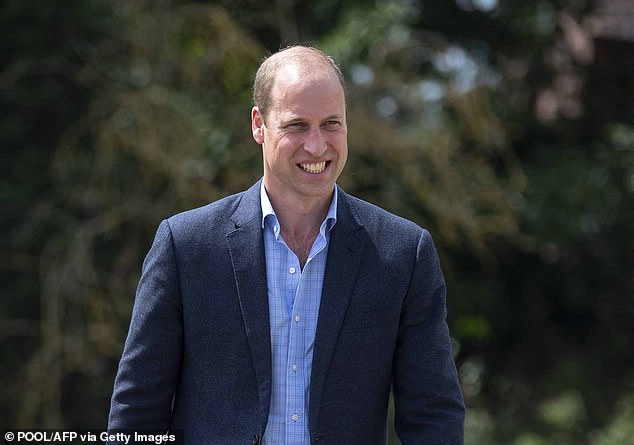 Crouch, a former England forward, asked: ‘Pretending to have a sniper on him?’ and William replied: ‘Exactly… it put him off for about, you know, ten minutes.’

The self-deprecating duke, an avid Aston Villa fan, also referred to his defending style as a ‘fat knacker running around at the back, panting’.

n HARRY and Meghan have formally axed their charitable foundation. Documents filed at Companies House show they are winding up the company behind Sussex Royal.

The final stage in the foundation’s closure comes amid the fallout from an upcoming biography about the couple, which has exposed the resentment which led to their resignations as working royals in January.