The Duke of Cambridge lambasted social media yesterday for turning Britain into a coarser ‘silo society’.

It follows remarks last month when the royal father-of-two took aim at social media firms for threatening the ‘very nature of childhood’.

Continuing his theme in a major speech yesterday, William said: ‘We all know that society is becoming, in lots of ways, more atomised and polarised.

‘There is no doubt that public debate seems coarser and more personal than ever, fuelled partly by anonymity online and the commercialisation of our news.

‘We are running the risk of a silo society in which we allow differences of opinion to separate us. If you lived your life on Twitter, or on news pages, you could be forgiven for assuming that society is falling apart: natural and man-made disasters, terrorism, economic uncertainty… these challenges are all real.

‘But they are not the whole story: kindness, compassion, neighbourliness, big and small acts of generosity form the glue of our society.’

His latest intervention adds to a torrent of concern about Twitter, Facebook and other online giants which are under the spotlight as never before.

This week, Facebook made the admission it is damaging democracy with its ‘toxic discourse’, as executives at the internet firm finally confessed social media has become a vehicle for fake news and ‘dishonest campaigns’ designed to drive society apart.

They also conceded Facebook had been ‘far too slow’ to pick up on malicious groups abusing its platform. 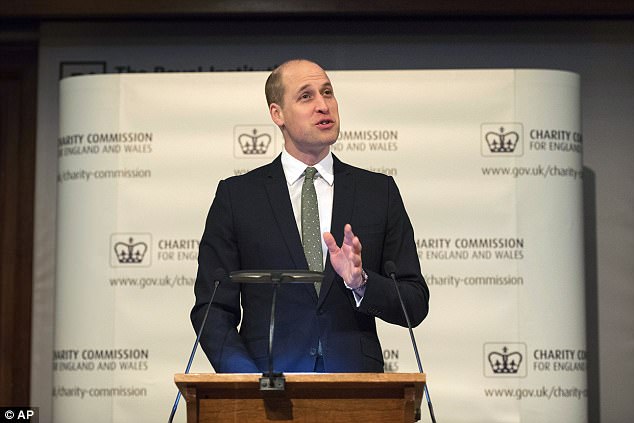 Children’s Commissioner Anne Longfield warned earlier this month that ten-year-olds were becoming dependent on social media for their sense of self-worth.

Her study found many youngsters now measure their status by how much public approval they get online, and said social media firms were exposing children to major emotional risks.

A survey by marketing firm Edelman this week found only a quarter of Britons trust social media and an overwhelming majority believe social media firms do not do enough to tackle bullying, illegal activities and the spreading of extremist content.

Prince William made his latest comments yesterday during a speech to charity bosses at the Charity Commission’s annual public meeting at the Royal Institution in London.

He praised the British people’s generosity towards charities as ‘a great antidote’ to cynicism. 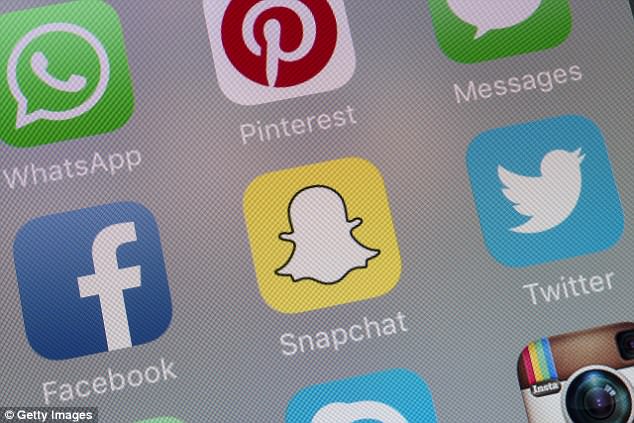 He also urged delegates to combine forces to increase their impact, rather than establishing new charities all the time.

He drew a parallel with the Royals, saying: ‘The challenges you face are not dissimilar to those faced by other age-old institutions such as the Monarchy, always seeking to ensure relevance and public service.’

The second-in-line to the throne paid tribute to his parents for ‘putting charity at the heart’ of his life.

He pointed out that Princess Diana and Prince Charles had shown him what it meant to have both privilege and responsibilities, saying: ‘I remember being taken by my mother to a homelessness shelter at a young age, her explaining to me why the people I met there matter – why no society can be healthy unless we take other people seriously.’ 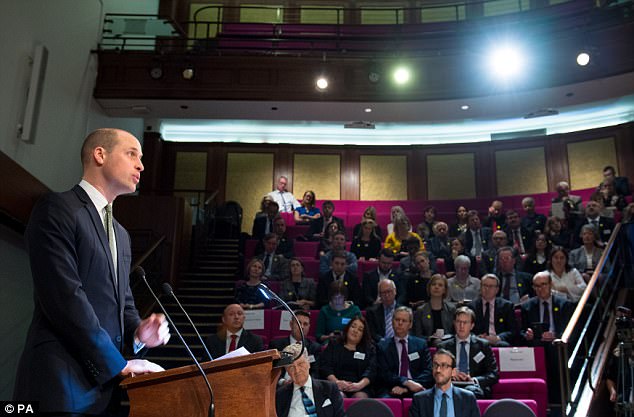 And he said his father had taught him how charity gave ‘his life his sense of purpose’, adding: ‘I recall evening after evening my father’s diligence and compassion as he applied himself to answering thousands of letters and reading endless reports to stay on top of his ambition to do all he could to help the underprivileged.’

William also praised the Queen and Prince Philip’s own charity work. He hailed his grandfather as ‘one of the most tireless public servants of this country’.

‘My family have not done this because it looks good – they do it because charity is not an optional extra in society,’ the Duke said.

‘We believe that, above anything else, charities nurture, repair, build and sustain our society. Without the work that charities do, society would be an empty shell.’

Discussing social media last month, William said we had reached ‘a moment of reckoning’, warning: ‘I am no Luddite, I believe strongly in the positive power of technology, but I’m afraid I find the situation alarming.’