Princess Amalia of the Netherlands is radiant in 18th birthday portraits

The Dutch royal family has released stunning photos of Princess Amalia, the heir to the throne, to mark her 18th birthday.

Amalia, the eldest daughter of King Willem-Alexander and Queen Maxima, was photographed in two beautiful dresses at Huis ten Bosch Palace, in The Hague, this autumn.

The milestone birthday is significant within the Dutch royal family because it marks the princess taking on a more public role.

A biography has already been released to introduce the future queen to her public, and she will now be given a seat on The Council of State, an advisory body that advises on legislation and dispenses administrative justice.

Amalia, the eldest daughter of King Willem-Alexander and Queen Maxima, was photographed in two beautiful dresses at Huis ten Bosch Palace, in The Hague, this autumn 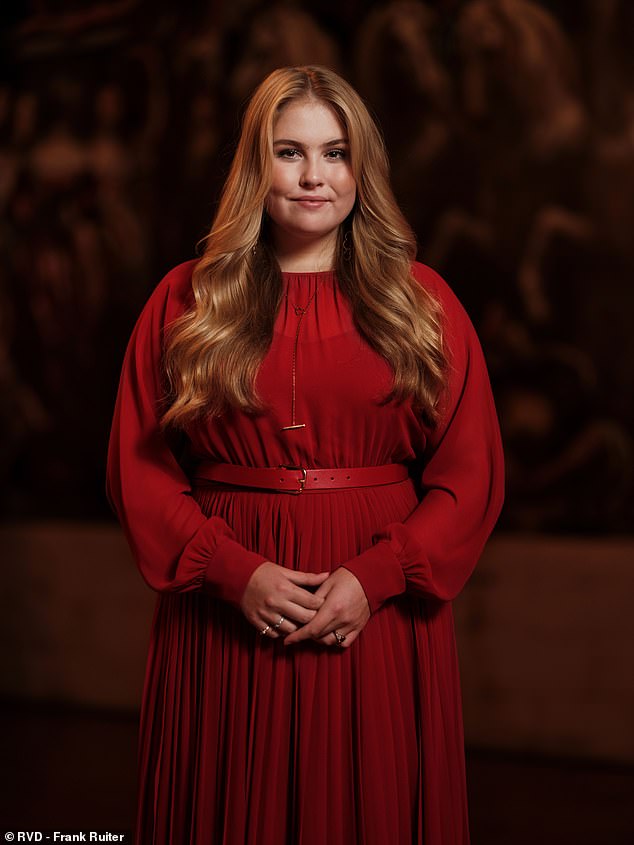 The princess looked regal in a stunning scarlet dress, with her hair loose around her shoulders 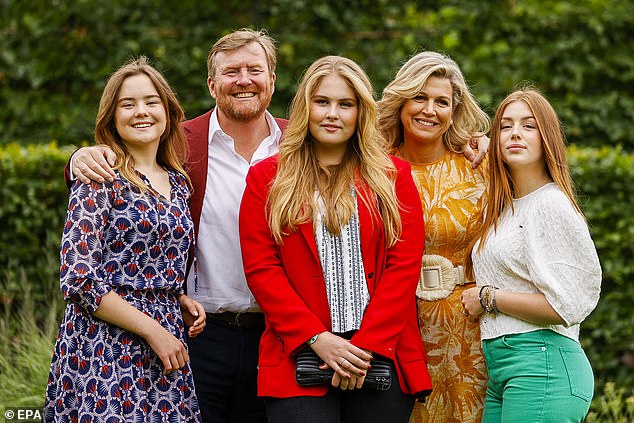 Amalia with her parents, King Willem-Alexander and Queen Maxima, and her sisters Princess Alexia (left) and Princess Ariane

King Willem-Alexander has a seat on the council, although he does not take part in any of its activities. Queen Maxima also has a seat and acts in an advisory role.

It comes after teenage Amalia said she would ask her Argentine-born mother, Queen Maxima, 50, to step in temporarily if her father, King Willem-Alexander, 54, were to die suddenly, in a new biography marking her birthday

The biography, simply titled ‘Amalia’, was written with the approval of the Royal Family.

It offers a rare glimpse into the princess’s private life, which has been closely guarded by her parents since Willem-Alexander ascended the throne in 2013.

Biographer Claudia de Breij reveals Amalia had a part-time job at a beachside cafe, feels self-conscious when she is recognised by members of the public and would pursue a career as a singer or equestrian if she was not destined to be queen.

Along with her sisters Princess Alexia, 16, and Princess Ariane, 14, Catharina-Amalia spent the early years of her life at Eikenhorst Villa in Wassenaar, an affluent suburb of The Hague. 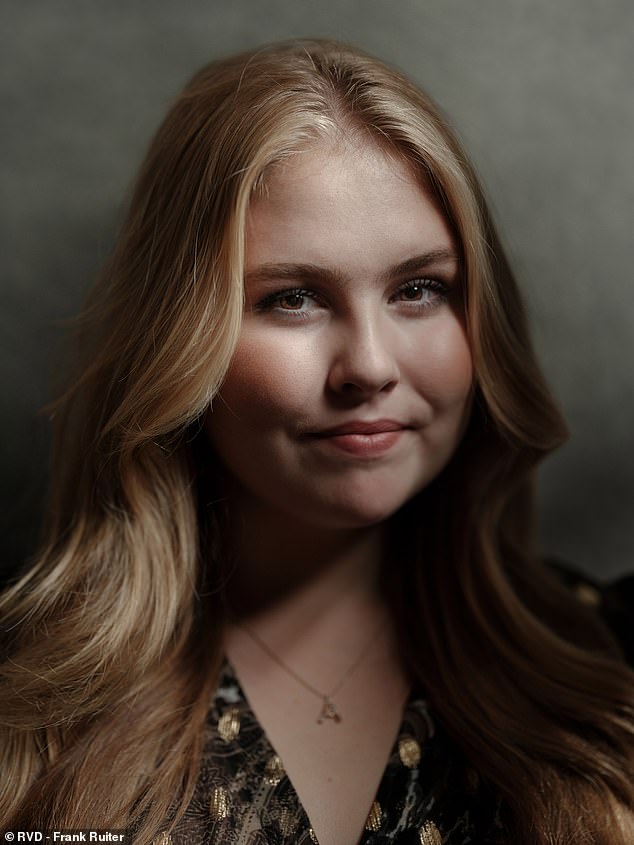 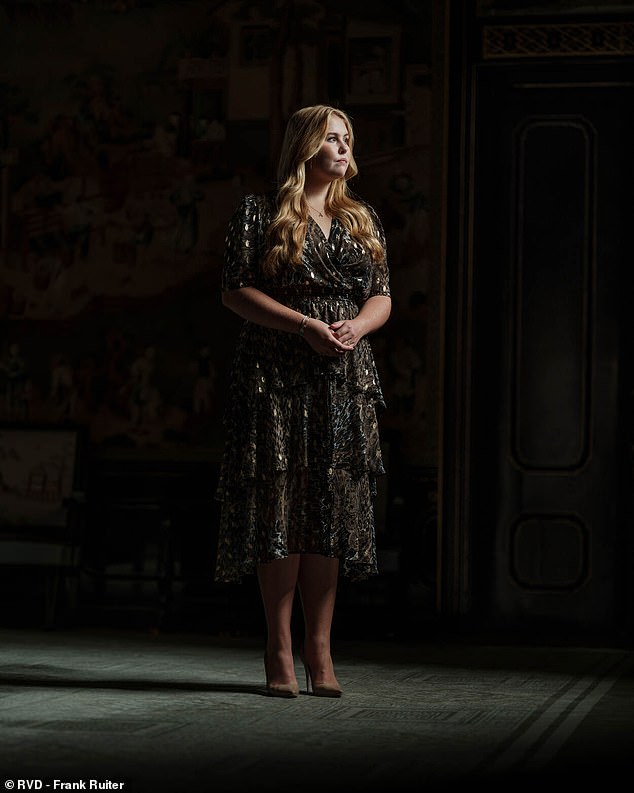 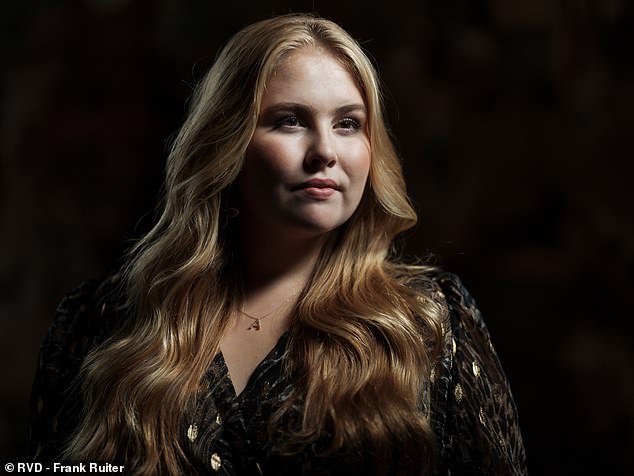 ‘We do our best to be really with them – on holidays or weekends or even at breakfast in the mornings,’ Willem-Alexander once said in an interview.

The family enjoyed days out cycling and to the beach, and holidays to Maxima’s home country of Argentina.

However life changed in 2013 when Amalia’s grandmother Queen Beatrix abdicated and Willem-Alexander ascended the throne. The new king and queen moved their daughters into Huis ten Bosch, the royal palace in The Hague.

Nine-year-old Amalia became The Princess of Orange, the title given to the heir to the throne.

Speaking ahead of his investiture, Willem-Alexander said: ‘Amalia’s title will be made formal when she’s 18 and she enters the State Council. Until then, we will protect her as much as possible.

‘That means she won’t participate in official engagements, or as little as possible. Her environment right now should only include her parents, her sisters, and her friends.’

Now that time is less than a month away and the biography has been released as a way to introduce the princess to her future subjects. 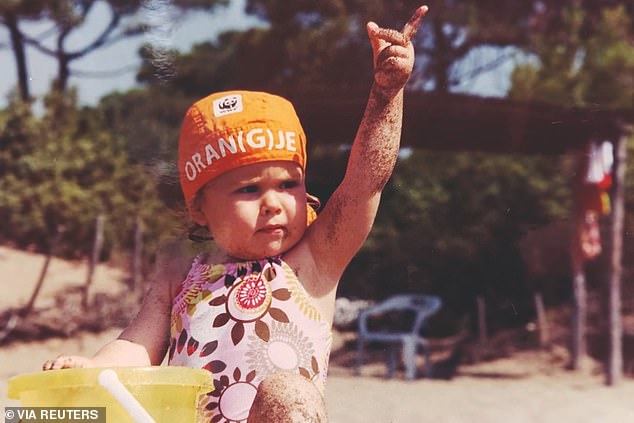 Along with her sisters Princess Alexia, 16, and Princess Ariane, 14, Catharina-Amalia spent the early years of her life at Eikenhorst Villa in Wassenaar, an affluent suburb of The Hague. Pictured, the young princess Amalia in a photo published in the biography 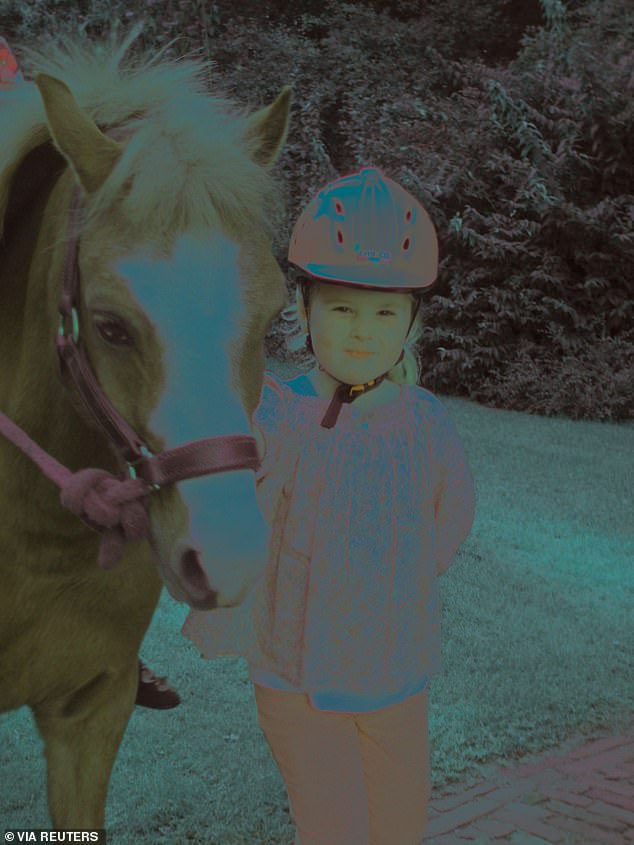 The princess, pictured in a photo provided by the royal family and published in the biography, said she would pursue a career as a singer or an equestrian if she was not heir to the throne 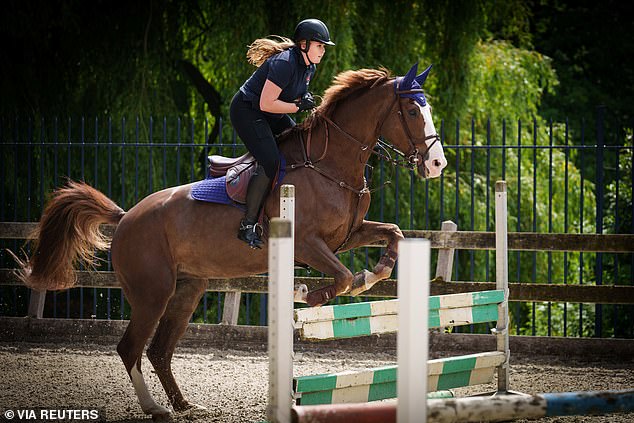 As well as excelling at school and becoming an accomplished horse rider (as seen in a photo taken in June), Amalia had a part-time job as a beachside cafe where she was ‘cocktail queen’

It reveals Amalia, who excelled as a student at Christelijk Gymnasium Sorghvliet, in The Hague, juggled her studies with a part-time job as a waitress at a beachside cafe where she was given the nickname ‘cocktail queen’.

She now hopes to spend a year working at a ‘multinational organisation’ before potentially pursuing a degree at the prestigious Leiden University.

Amalia also said she feels self-conscious when she is recognised while out in public, adding: ‘Everyone looks at you like you have a goldfish on your head.’

While the House of Orange remains popular with the majority of Dutch people, the monarchy has come under increasing criticism in recent years. Of the possibility republicans could abolish it, Amalia said she could accept that.

‘They can do that of course, and then I’ll go on living too.’