Princess Beatrice made a very chic appearance at the UK premiere of Confetti at BAFTA in London.

The royal mother-of-one, 33, looked elegant in a tailored grey coat which she paired with black leather boots.

The trendy ensemble was completed with a long black dress and the eldest daughter of Prince Andrew and Sarah Ferguson accessorised with a small leather handbag.

The film which follows a mother and her seven-year-old daughter moving from China to New York, also dispels myths about dyslexia. 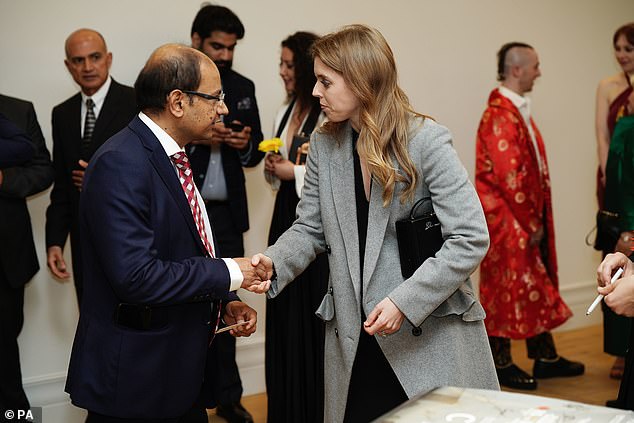 The mother-of-one swept her long red locks behind her ears as she beamed on the red carpet.

Her neutral makeup enhanced her naturally pretty features as she struck a pose before the event.

The royal posed for a snap with director Ann Hu ahead of the Confetti premiere.

The topic of dyslexia, which is featured in the film, is a subject close to the Princess’ heart as she was diagnosed with the learning difficulty when she was seven years old. 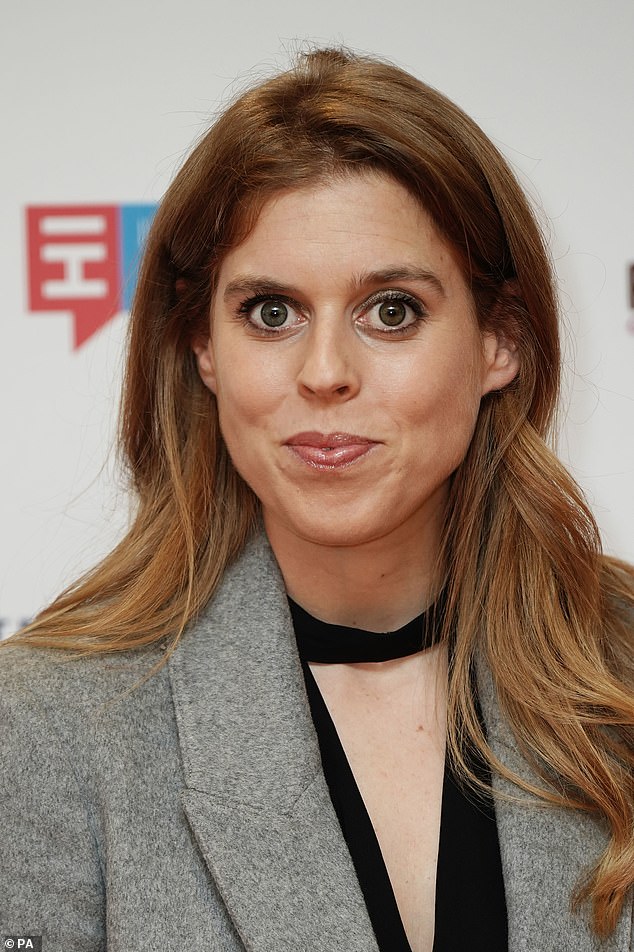 The royal, 33, donned neutral makeup which enhanced her naturally pretty features as she struck a pose before the event

However she has repeatedly spoken out about how she has chosen  to see the diagnosis as a blessing rather than a curse.

Through her work she is determined to change the narrative around the condition in the hopes of removing the stigma of dyslexia.

The royal was spotted leaving the exclusive establishment, wearing thigh-high boots and a miniskirt by the designer Misha Nonoo, who also happens to be a close friends of the Duchess of Sussex.

She looked elegant in the trendy monochrome look, which she completed with a black trench coat. 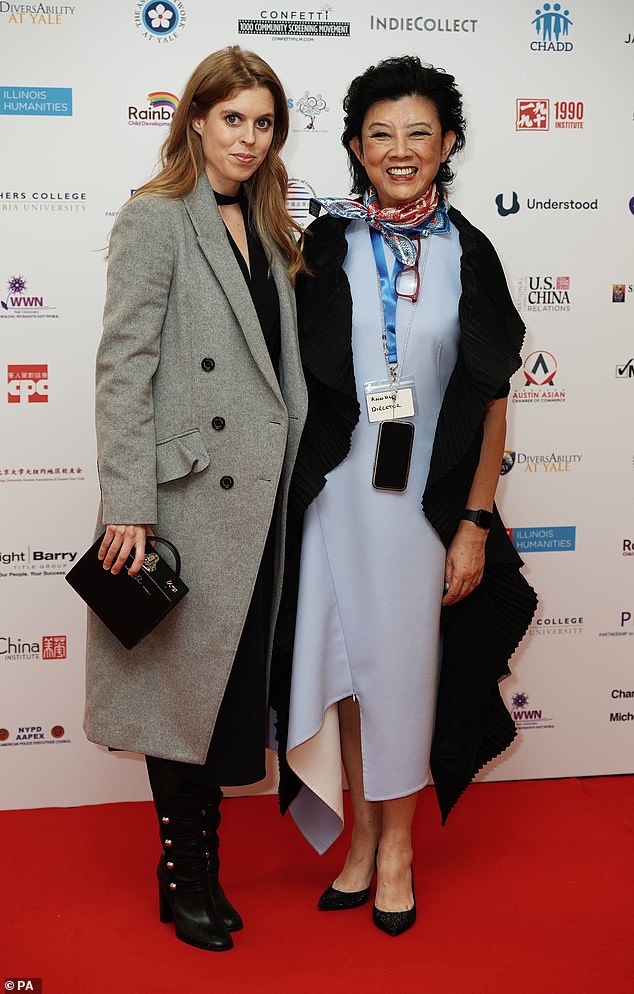 The royal posed for a snap with director Ann Hu ahead of the Confetti premiere. The film dispels myths about dyslexia in a heartfelt story about a mother’s love and determination to give her daughter the best chance 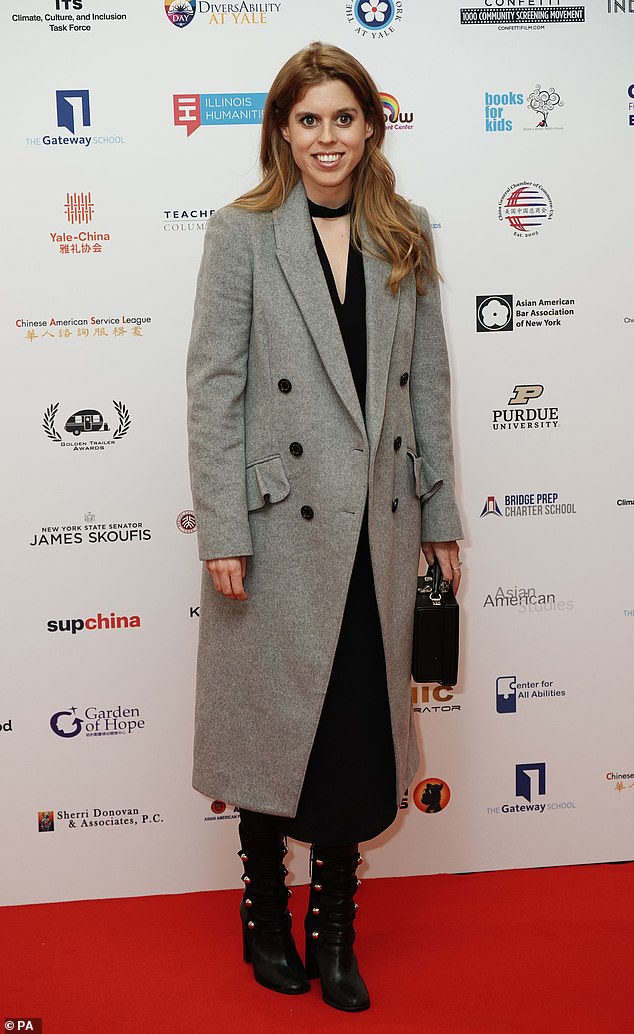 She seemed to have enjoyed a night on the town without her husband Edo Mappeli Mozzi, 38.

Beatrice seemed in good spirits as she strutted out of the members’ club front door, her trench coat from RedValentino perched on her shoulders.

Maison Estelle is one of Soho’s most prized members clubs and is so exclusive that membership fees are only available on request.

The mother-of-one looked relaxed during her outing, which comes after it was announced last week that her husband’s flourishing property development venture is expanding into Australia’s Gold Coast.

Edo took to his Instagram to share snaps featuring the stunning interiors of the project, comprised by five ‘Sky Homes’ and two penthouses in Gold Coast, Queensland. 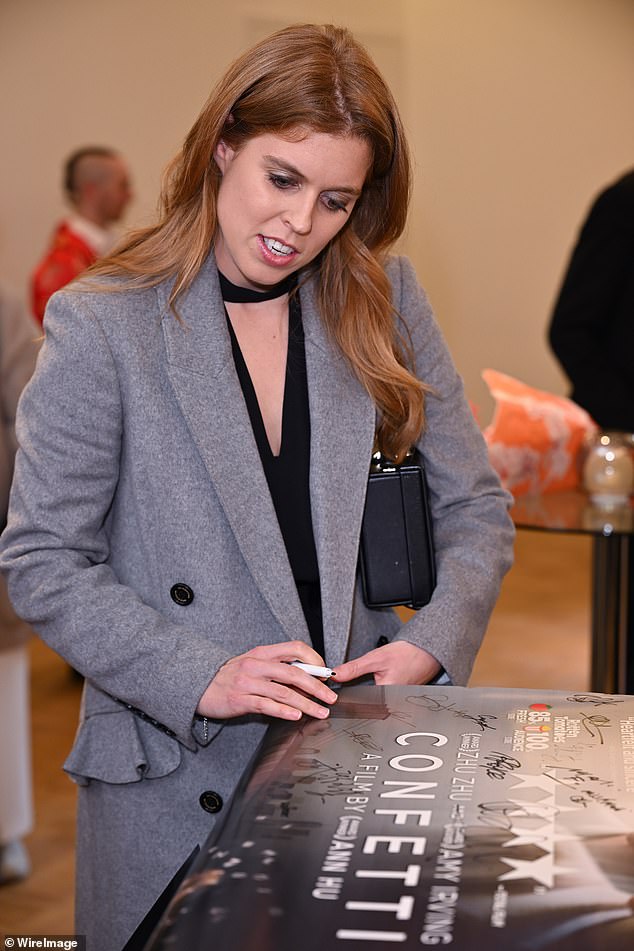 The business mogul, 37, pictured a bedroom decorated with rustic off-white aesthetics and modern low-hanging lamps amid the background of the city’s gorgeous scenery.

Another photo of the development – which is titled Masthead – captured a modern kitchen, fitted with a jade-hued marble island counter.

Edo tagged the interior design firm Banda, which he runs, and started age 23.

In the captions, the Italian property developer outlined the project as promising ’28 residences on the Northern end of Main Beach’ with each ‘sky home’ offering 312 square metres of lateral space.

Banda’s website also claims there is one ‘super penthouse on the upper levels of the building’.

According to an online description, residents can expect amenities to include a wellness centre, spa and sauna facilities, a private dining room and an ‘owner’s club lounge with a fully stocked wine & whisky bar’.