Though the world knows her name, it hasn’t stopped Princess Beatrice carrying accessories personalised with her initials.

The royal, 29, stepped out in Beverly Hills holding a blue clutch blag emblazoned with a glittery silver ‘B’ for dinner with friends.

Beatrice looked chic in black as she was snapped leaving Avra Restaurant in the affluent Los Angeles area with two female and one male companions.

It is the fifth trip in just three months for holiday-loving Beatrice, who recently returned from a star-studded trip to Jordan. 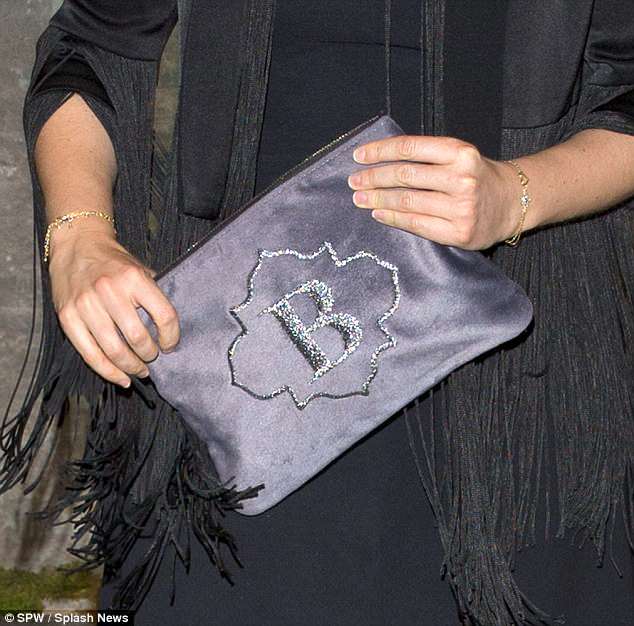 She wore her hair loose around her shoulders and minimal makeup for the outing with friends.

Beatrice was joined by a brunette companion wearing a short white dress and striking platform heels, and a blonde woman sporting a retro print maxi dress. 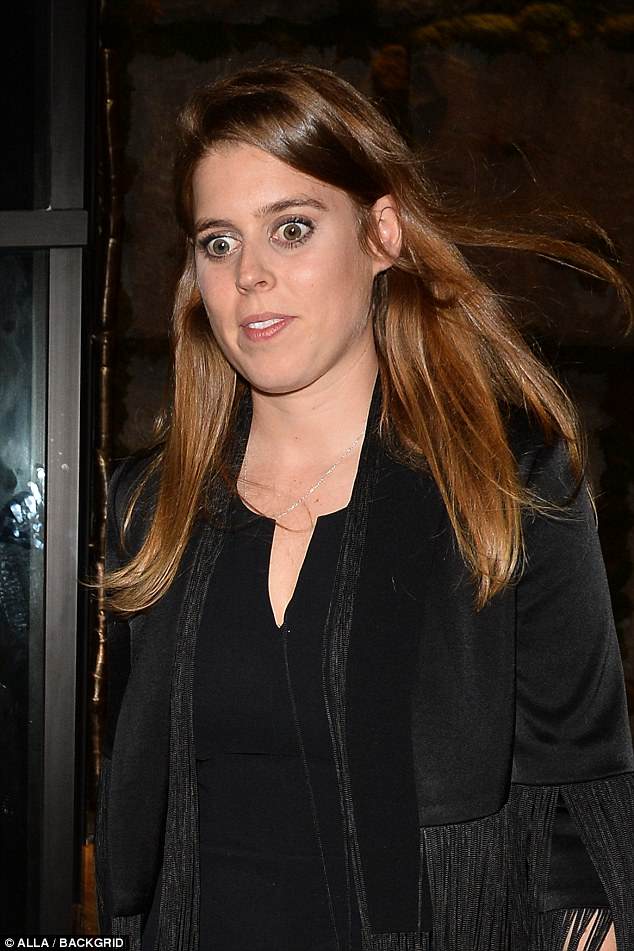 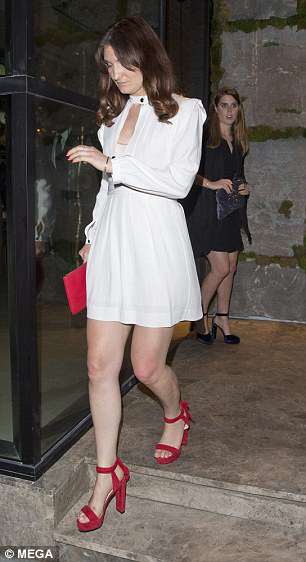 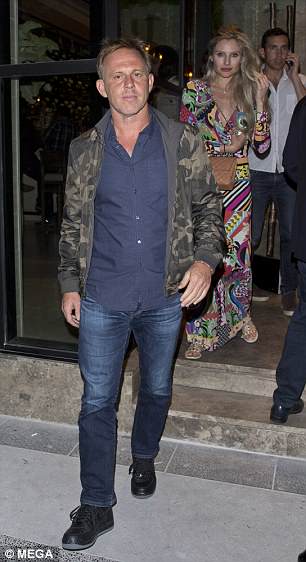 She was also accompanied by a man who joined the group as they left the restaurant.

Beatrice appeared to have jumped on a flight to the US from a star-studded trip to Jordan earlier this week. 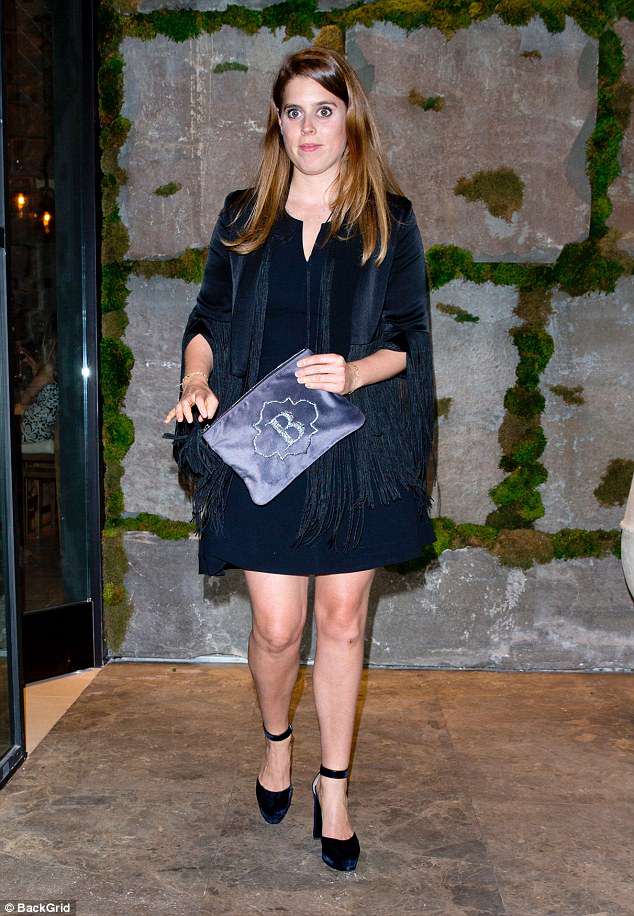 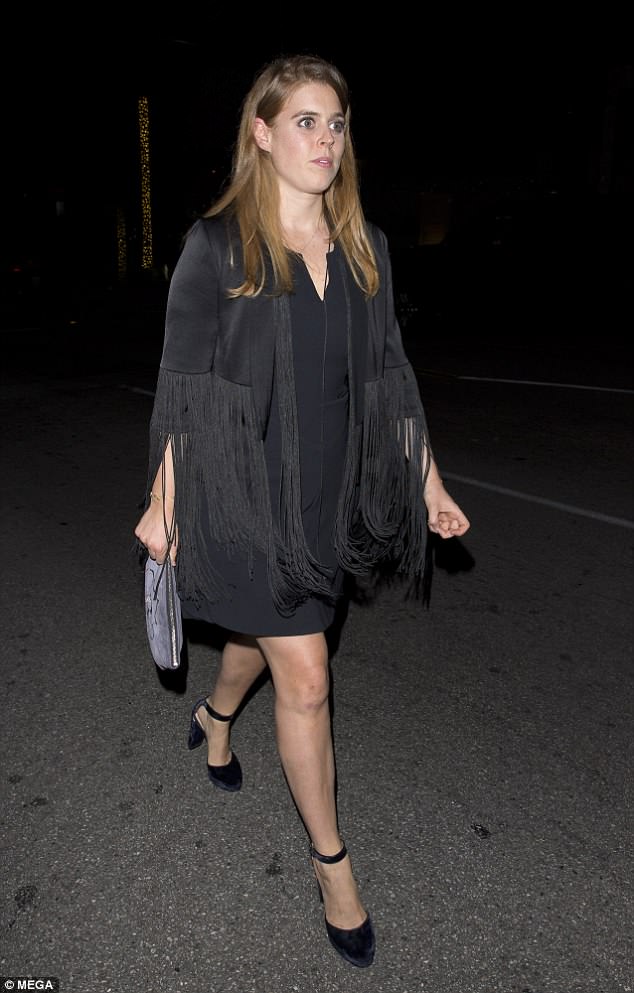 It is the fifth trip in just three-months for holiday-loving Beatrice, who recently visited Jordan

The blonde fashion designer and ex-wife of Old Etonian Alexander Gilkes – who in the early days of Prince Harry and Meghan’s romance was hotly rumoured to be the matchmaker that set them up – posted snippets from the holiday on her Instagram that show the high profile gang enjoying camel rides, quad biking, and an impromptu acoustic performance from Goulding.

It is the latest in a string of holidays for jet-setting Beatrice.

She was snapped enjoying a dinner date in LA with British businessman and fitness guru James William in February, dropped in on a tech conference in Barcelona in March. 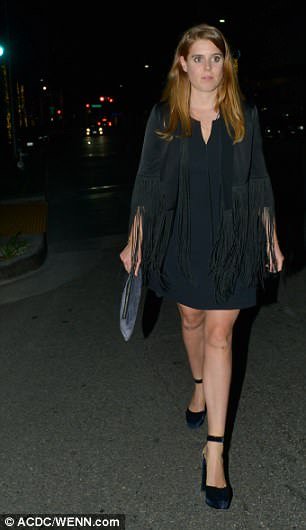 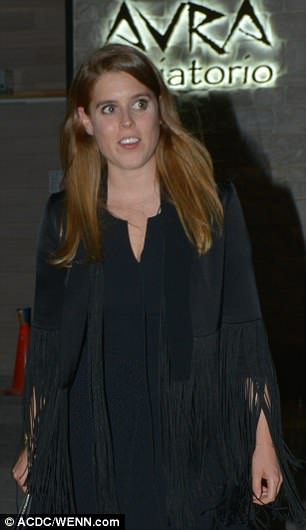 Her globe-trotting means that it is unlikely she has met her cousin the Duke of Cambridge’s new baby Prince Louis, who was born earlier this week 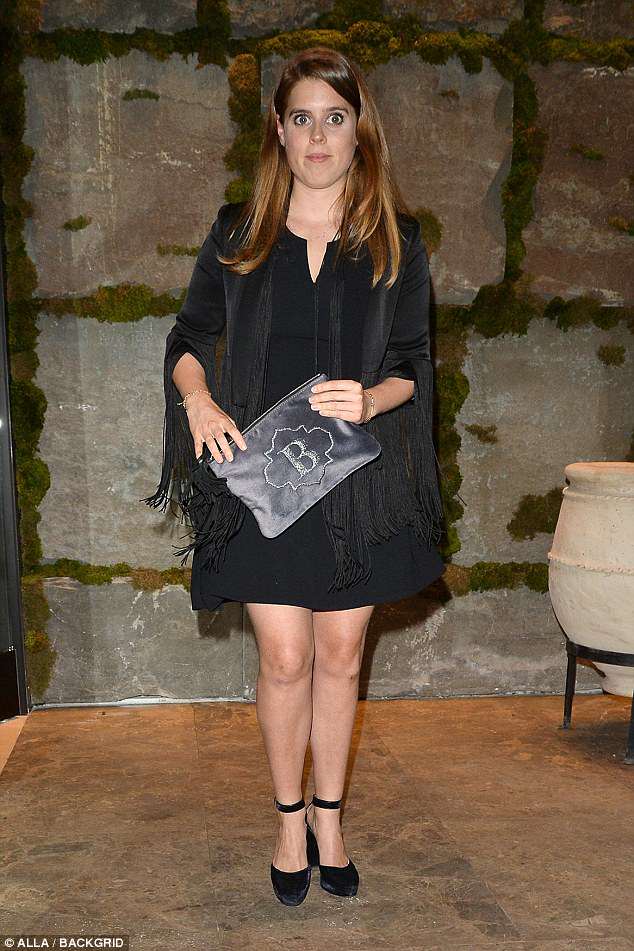 She also joined guests including Kate Moss at the wedding of Alessandra de Osma to Prince Christian of Hanover in Peru less than a month ago.

Her travels mean it is unlikely she has met her cousin the Duke of Cambridge’s new baby.

Beatrice’s younger sister Eugenie, who will wed Jack Brooksbank at Windsor Castle in the autumn, was snapped driving up to the gates of Kensington Palace to meet the new arrival on Tuesday, hot on the heels of Kate’s mother Carole and sister Pippa.