Friends and family are ‘concerned’ about Princess Beatrice after her father’s scandal ’embarrassed the family’ and threatens to overshadow her wedding – according to a royal source.

Princess Beatrice, 31, announced her engagement to multi-millionaire property tycoon Edoardo Mapelli Mozzi, 34, in September, but the news has since been overshadowed by Prince Andrew’s involvement in the Epstein scandal.

A source has now revealed how the family are ‘very disappointed by the situation’ involving the Duke of York, 59, and said the royal had ’embarrassed them’.

They told ET: ‘Everyone right now is concerned about Bea. She deserves to have the wedding she wants and the public is going to go nuts [because of her father].’

Friends and family are said to be ‘concerned’ about Princess Beatrice, 31, following her father Prince Andrew’s, 59, scandal

Princess Beatrice and Edo announced their engagement in September – and the pair have been dating since last year.

Engagement photos, taken by sister Princess Eugenie in the grounds of Windsor Great Park in September, showed Beatrice wearing a green floral £595 Zimmerman dress and showing off her 3.5 carat engagement ring by Shaun Leane, estimated to have cost £100,000, along with a £2,730 Cartier love bracelet.

At the time, Princess Beatrice said: ‘We are extremely happy to be able to share the news of our recent engagement.

‘We are both so excited to be embarking on this life adventure together and can’t wait to actually be married.’ 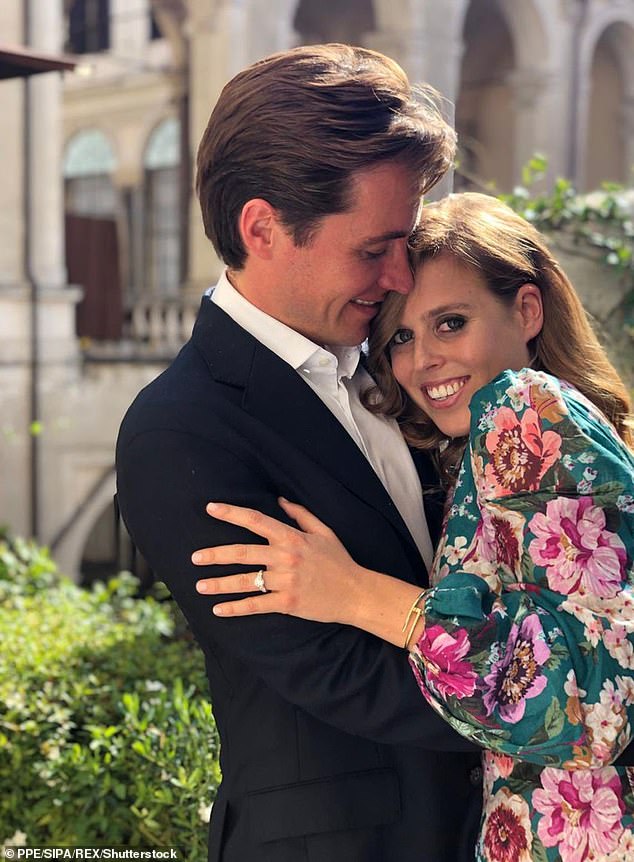 But since then, the news has been overshadowed by her father’s scandal, with the royal even cancelling her engagement party earlier this week after fearing paparazzi would be waiting outside the venue to photograph Prince Andrew.

It is now widely believed her wedding to Edoardo will pale in comparison to the opulence of sister Eugenie’s nuptials last year.

He said the couple aren’t likely to go abroad for the wedding after getting engaged in Italy, as Beatrice’s grandmother, the Queen, isn’t able to travel. 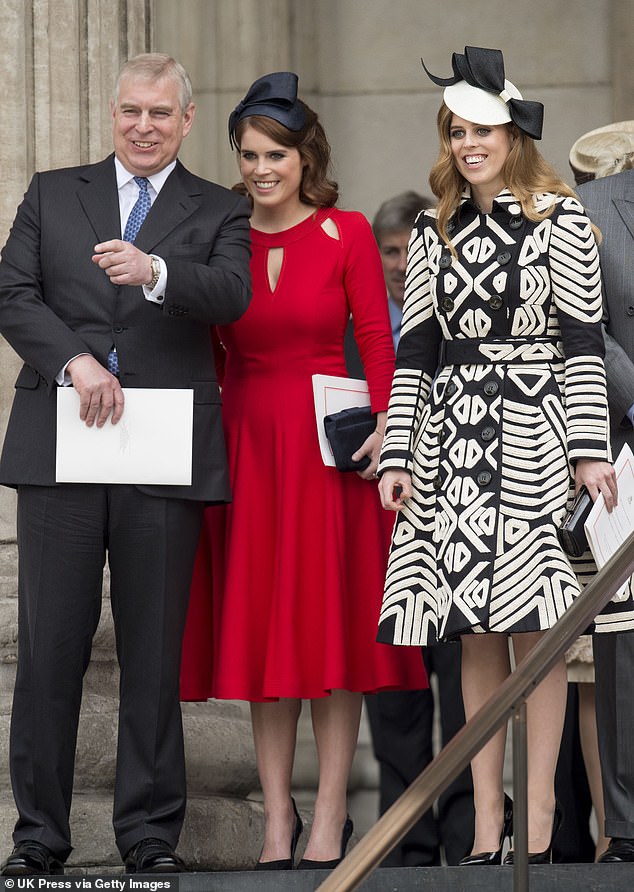 A royal source suggested that the family felt ’embarrassed’ about Prince Andrew’s recent scandal (pictured, Princess Eugenie, 29, and Princess Beatrice with the Duke of York in 2016)

He told The Sun: ‘In the wake of her dad’s problems I’d be absolutely shocked if it was televised live and I’m pretty certain it’ll be a low key affair, possibly private and she’ll release one or two photos afterwards.’

The Duke of York was forced to step back from his public duties last month following a disastrous television interview about his friendship with Epstein.

The scandal forced the prince to resign from his patronages and royal duties, although there were reports yesterday that he planned to make his first public appearance on Christmas Day, by joining the Queen and other Royal Family members at the church service at Sandringham in Norfolk. 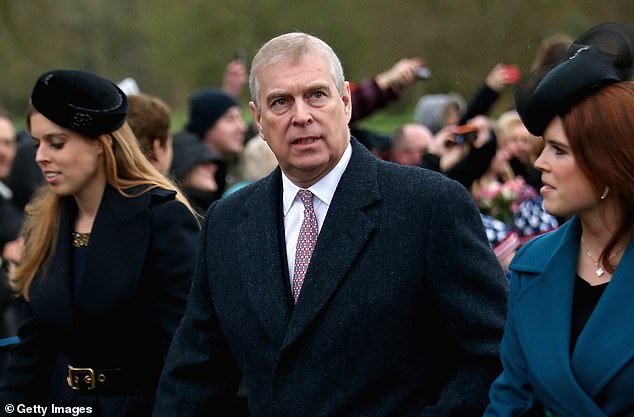 Prince Andrew is believed to have long subsidized Princess Beatrice’s lifestyle, and it is unknown what impact his retirement may have on the royal

It is believed Prince Andrew had long subsidised Beatrice’s and Princess Eugenie’s lifestyle, because their jobs may not pay enough to keep them in the manner to which they have become accustomed.

The news may mean their father’s calamity may have a financial impact on them, as well as being personally distressing.

During his disastrous Emily Maitlis interview on Newsnight, the duke denied they had discussed the Epstein scandal or Miss Roberts’ claims that she was forced into having sex with Andrew. 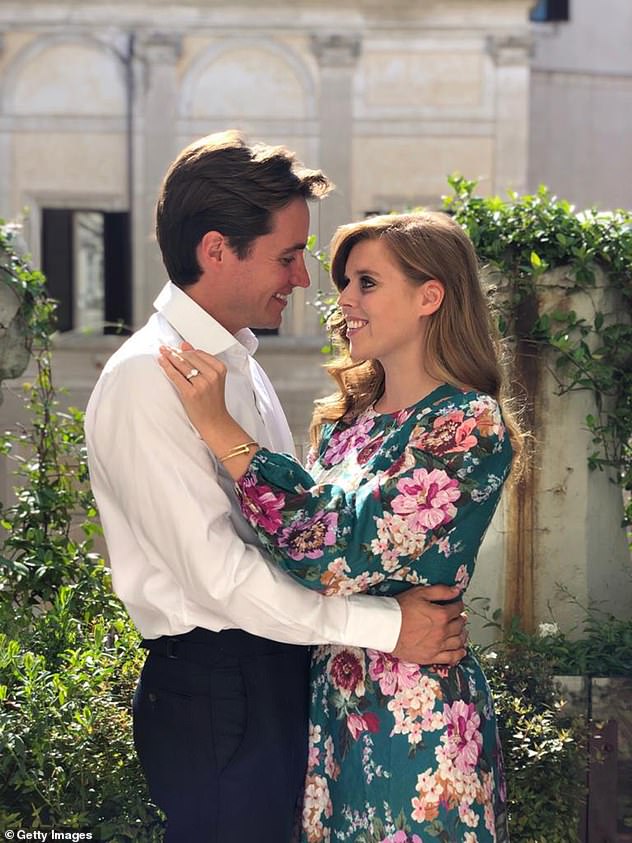 Miss Roberts, now a married mother-of-three, gave an extraordinary interview to the BBC’s Panorama – aired last week – in which she said she was ‘abused’ by Andrew and left feeling ‘ashamed and dirty’.

Her lawyer Mr Scarola said: ‘We want Prince Andrew to give evidence under oath and tell us all he knew about Jeffrey Epstein and Ghislaine Maxwell.’

Andrew has said he would co-operate with law enforcement authorities ‘if required’.